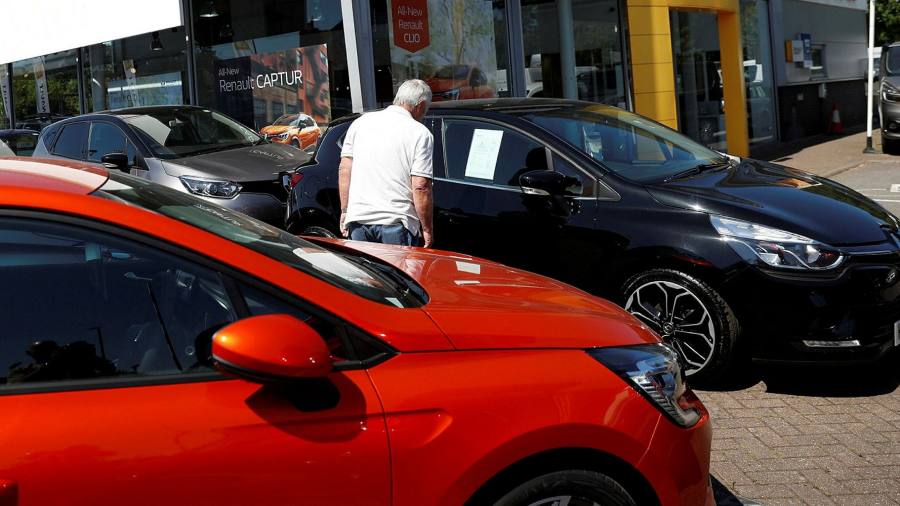 Vroom, the online car sales app, has priced its shares above its previously set range and expanded the offering ahead of its listing on Tuesday, in the latest example of bumper demand for initial public offerings.

The company plans to list shares at $22 each after increasing the size of its offering, according to two people with direct knowledge of the matter. That share price is above its targeted range of $18 to $20, which was already been increased last week. Vroom sold just under 22m shares in the offering, one of the people said.

The sale will raise about $480m before investment banking fees are taken into account, and will give the group a market capitalisation of just over $2bn.

The upsized listing reflects a surge in appetite among investors for IPOs. Last week, Warner Music sold $1.9bn of its shares in the biggest listing of the year, which was expanded a day before the IPO and priced at the top end of its range. ZoomInfo, a tech group that offers marketing software, followed later in the week, pricing above its range to raise $935m. The stock jumped 60 per cent on its debut.

The two deals pushed the amount raised in US IPOs for the week to the most since May last year, against the backdrop of a big rally in the US stock market. On Monday, the S&P 500 gained 1.2 per cent to erase its losses for the year, while the technology heavy Nasdaq Composite hit a record high, pushing the benchmark up 10.6 per cent this year.

Vroom manages an online marketplace for used cars that facilitated almost 19,000 sales last year. Its revenue increased by nearly 40 per cent to $1.2bn in 2019 but net losses jumped by more than two-thirds to $143m, according to figures from the company.

The group is backed by US fund manager T Rowe Price and Bill Gates’ Cascade investment office. It was most recently valued at $1.5bn during a $250m funding round in December.

Last month, Vroom disclosed that it had furloughed one-third of its staff in response to the Covid-19 crisis, though 60 per cent of the affected employees have since returned to work. The company warned there were doubts about its ability to operate as a “going concern” in the next 12 months.

“Our ability to continue as a going concern is dependent upon us generating sufficient cash flow from operations and obtaining additional capital and financing, including the proceeds from this offering,” Vroom wrote in its prospectus.

Investor interest in the deal has been bolstered by the stock market performance of Carvana, an online car sales group, according to one person with knowledge of investor demand. Carvana stock is up by nearly a quarter this year while the broader market is flat.