Walgreens to cut 4,000 jobs at its UK Boots division 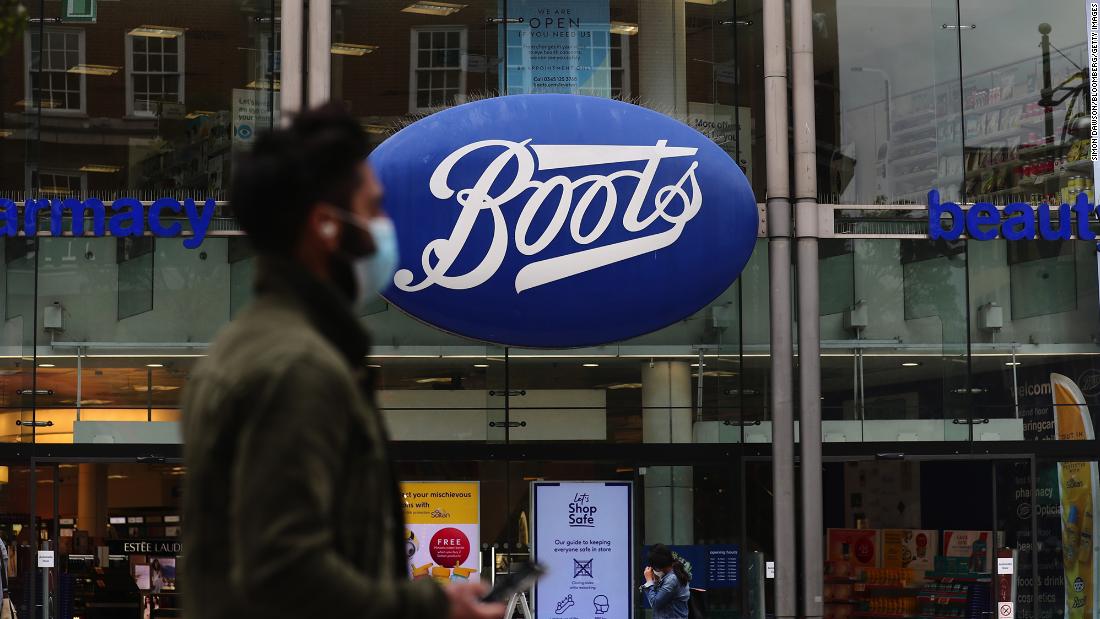 Although the layoffs make up 7% of its Boots workforce, it’s a tiny fraction of the 440,000 Walgreens (WBA) employees worldwide. Still, it’s a sign of the financial challenges Walgreens faces during the Covid-19 pandemic.

Shares of Walgreens fell 8% and have plunged nearly 35% this year, making it one of the worst performers in the Dow.

International markets were a particularly weak spot for US-based Walgreens. The company’s overall sales fell by about $700 million to $750 million, and Walgreens said most of this drop was due to a “dramatic reduction” in traffic as UK customers faced strong restrictions.

Boots traffic was down 85% in April “as consumers were advised to leave home only for food and medicine.” The company stressed that most Boots stores remained open during the lockdown, but premium beauty and fragrance counters were “effectively closed.”

The company temporarily closed more than 100 larger Boots stores in urban, train station and airport locations, and it furloughed 16,000 workers at the peak of the crisis.

Walgreens has struggled along with rival CVS (CVS) because of both the pandemic and increased competition from the likes of Amazon (AMZN) and Walmart (WMT).
Walgreens has permanently shuttered stores in the US and UK over the past year. But the company is hoping it can get more consumers back into its pharmacies thanks to tech partnerships with Microsoft (MSFT) and Adobe (ADBE), and it plans to open doctor offices in hundreds of its US locations.
The drug store’s woes sparked rumors late last year that the company was considering selling itself to private equity firms.