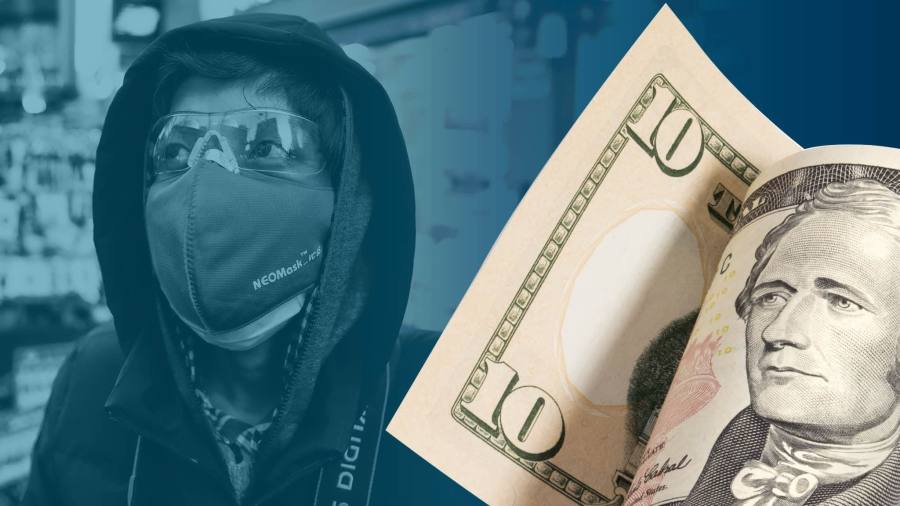 Investment banking fees soared to a record $57bn in the first six months of the year, boosted by a series of lucrative debt sales as companies grabbed cash to tide them through the coronavirus crisis.

Emergency financings by carmaker Ford, cruise line operator Carnival and aerospace and defence group Boeing were among the fundraisings that provided multimillion-dollar paydays for Wall Street banks that found investors willing to stump up the money.

Debt capital markets bankers were particularly busy after the US Federal Reserve took action to shore up credit markets following the spread of the pandemic across the US. Companies, countries and other organisations have raised more than $7.8tn by borrowing in bond and loan markets and selling shares this year, according to financial data provider Refinitiv.

The boom in debt fees more than offset the decline in bank income from advising on mergers and acquisitions as dealmaking slowed.

Morgan Stanley chief executive James Gorman this month told his bank’s financials conference that M&A was “basically dead” for the second half of the year. “I’m not worried about that, that’s just a cyclical thing, that’ll flow through just fine in time,” he said.

Total investment banking fees are up 9 per cent from the first half of 2019, according to Refinitiv. That includes a 30 per cent jump in revenues from underwriting bonds and a 37 per cent rise in fees tied to stock sales.

The biggest investment banks in the US have been the main beneficiaries, with the top five — JPMorgan Chase, Goldman Sachs, Bank of America, Citigroup and Morgan Stanley — generating $18.3bn in fees. That represents the second-highest market share the group has achieved in the past decade.

David Solomon, the chief executive of Goldman Sachs, told a conference last week that the bank had benefited from the acceleration in capital raising in the first half of the year, noting that many of the bank’s clients had brought forward plans to raise money.

“The more interesting question is trying to guess as to how this will . . . play out over the next six to 12 months and that’s harder to say because there’s still a lot of uncertainty,” he said.

The biggest fee packages included $119m paid to the group of banks that helped T-Mobile borrow $19bn to fund its takeover of Sprint, according to Refinitiv. There were also $50m-plus fees on jumbo bond offerings from AT&T, Walt Disney, Ford, Carnival and bankrupt utility Pacific Gas & Electric.

Equity raisings have also been a fruitful source of income, generating $11.6bn in fees for banks around the world in the best start to a year since 2015. The figures were boosted by revenues on secondary stock sales, which included a $159m fee on PNC Financial’s sale of its stake in fund manager BlackRock in May and a $67m commission on Sanofi’s sale of half its stake in Regeneron.

“It is clear that Covid and the lockdowns globally have played a key role in equity issuance across the spectrum,” said Achintya Mangla, global co-head of equity capital markets for JPMorgan.

Despite the fee bonanza, shares in the big US banks have been hit hard by the recession, which has prompted lenders to set aside tens of billions of dollars to cover potential loan losses. The closely followed KBW banks index is down about 35 per cent this year, much worse than the 6 per cent decline of the broader market.