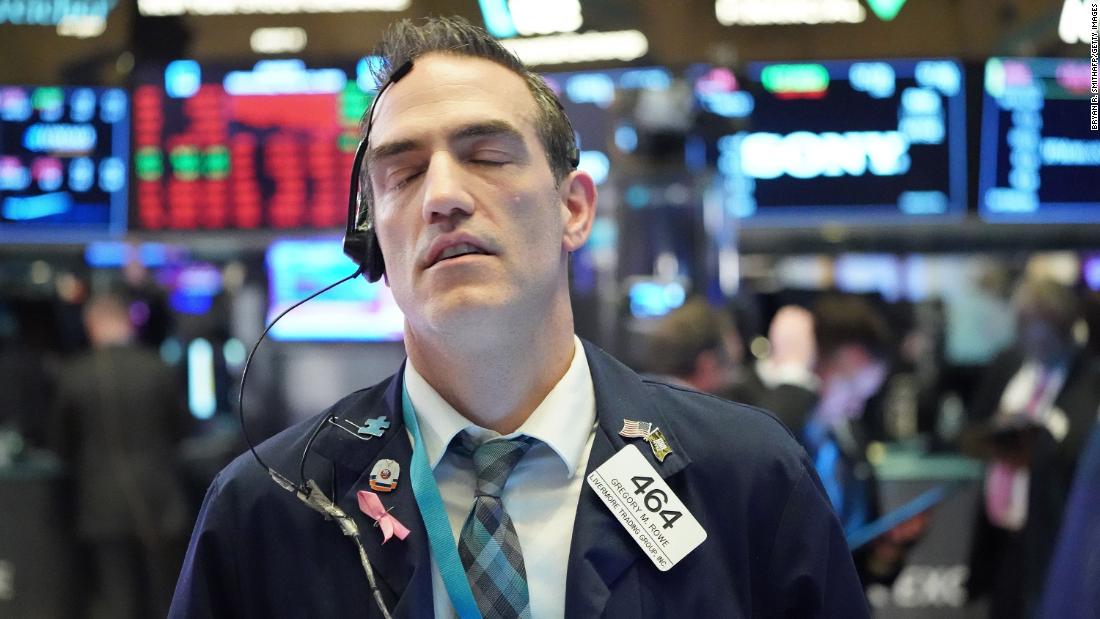 There were so many “worst day since…” scenarios it was hard to keep up. They included:

After starting the week on a sour note, stocks rebounded Tuesday. And it wasn’t just any old rebound: The S&P logged its best day since December 2018 and the Dow recorded its third-best one-day point gain on record. That volatility worked both ways.

After recording the worst day since 1987 on Thursday stocks were up again Friday and recorded their strongest rally since 2008. After all the back and forth, the three major indexes still recorded week-on-week losses.
The New York Stock Exchange suspended trading twice this week, once on Monday and once on Thursday. Stocks tripped a circuit breaker on both days after the S&P 500 fell 7%.
Stock futures trading hit a limit on three days. When futures fall or jump around 5%, they hit a “limit down” or “limit up”, which they can’t move beyond. This happened on Monday and Thursday, when futures were down before the market opened, and on Friday, when the market rebounded sharply.

Oil prices, which had already been hit by expectations of lower demand out of China because of the virus, had their worst day since 1991 on Monday. Prices collapsed after Saudi Arabia shocked the market by launching a price war against onetime ally Russia. This dragged stocks down as well.
The 10-year US Treasury yield dropped to its lowest level on record on Monday as investors piled into the safe haven bonds and interest rate expectations headed lower. The bond only yielded 0.32% at its low-point.

Market participants expect this crazy volatility to stick around for a while longer. After all, the coronavirus outbreak has only just arrived on America’s shores and cases are likely going to increase as testing picks up around the country.

This doesn’t sound good for the short term, and investors expect a blow to economic data.

Weekly jobless claims and a preliminary look at March consumer sentiment still looked passable. But as economic reports for the first quarter trickle in, this picture is expected to change. First quarter earnings season is also still a few weeks out, and investors have to fly blind in terms of the financial impact on businesses.

Recession risks are on the rise for America. But economists also agree that growth, as well as companies and the stock market, will rebound sharply into the end of the year.