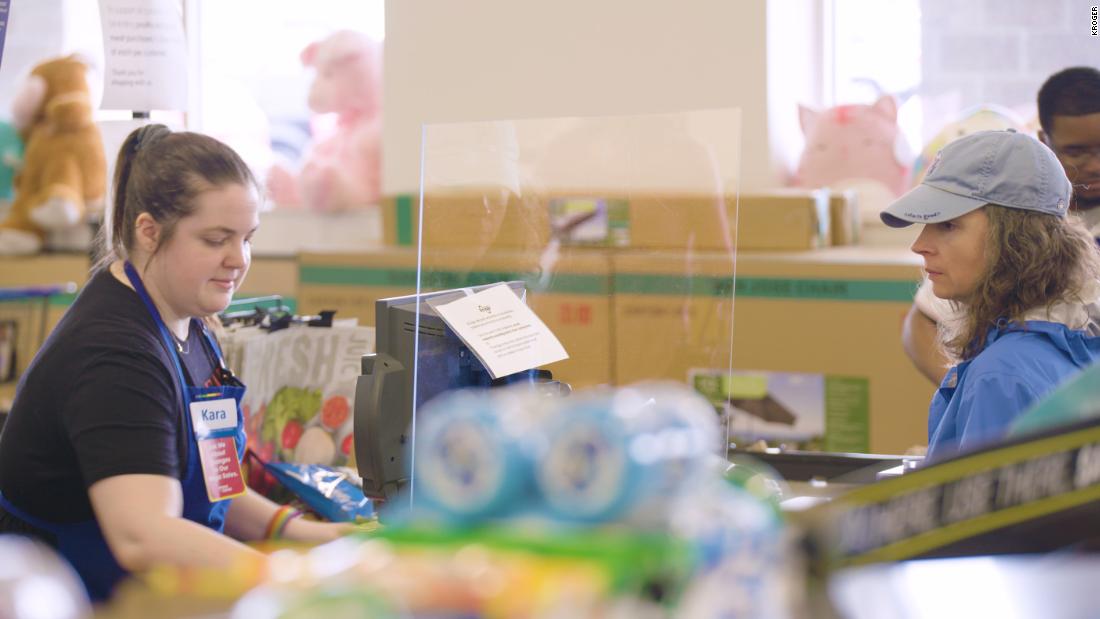 It’s part of a growing number of changes the companies are implementing as they continue to remain open, including enforcing social distancing guidelines.

Walmart (WMT), which is America’s largest grocer, is adding the sneeze guards at its 4,700 US stores and at its 600 Sam’s Club locations within the next three weeks. It’s also adding floor decals at the checkout lines reminding people of the six-foot social distancing recommendations from the Centers for Disease Control.

The company said it also found a “new solution” for sanitizing shopping carts: a new backpack-style sprayer employees use to clean the carts “quicker and more thoroughly.”

Walmart employees will also have free access to telehealth doctor appointments. The copay is normally $4 per appointment. Walmart is also giving most of its employees extended ability to use a new financial services app that lets them receive early access some of their earned wages.
The company announced last week it was shortening its store hours because of the demand for necessities during the coronavirus pandemic. It is also opening its stores one hour early on Tuesdays to seniors only, through April 28.

Albertsons, which owns a number of grocery store brands across the US including Safeway and Vons, said it’s installing the sneeze guards at all of its 2,200 stores within the next two weeks.

It’s also adding posters and floor decals at areas where people frequently wait including at the pharmacy, at check-out lines and the deli.

Albertsons is suspending its self-serve bars used for wings and soups, adding special shopping hours for senior citizens and implementing more frequent cleaning of its stores and shopping carts.

Social distancing signs and floor decals are also being added at Target (TGT). The company announced Wednesday its check-out lanes will be cleaned after each transaction, and only some aisles will be open at a given time so the closed lanes can be deep cleaned.

Target is also ceasing in-store returns and exchanges for the next three weeks to reduce the number of items its employees are touching. Return dates will be extended for those affected by the sudden policy change. Target is also suspending sales of reusable bags, so it will waive the fees usually charged in some locales for plastic and paper bags.