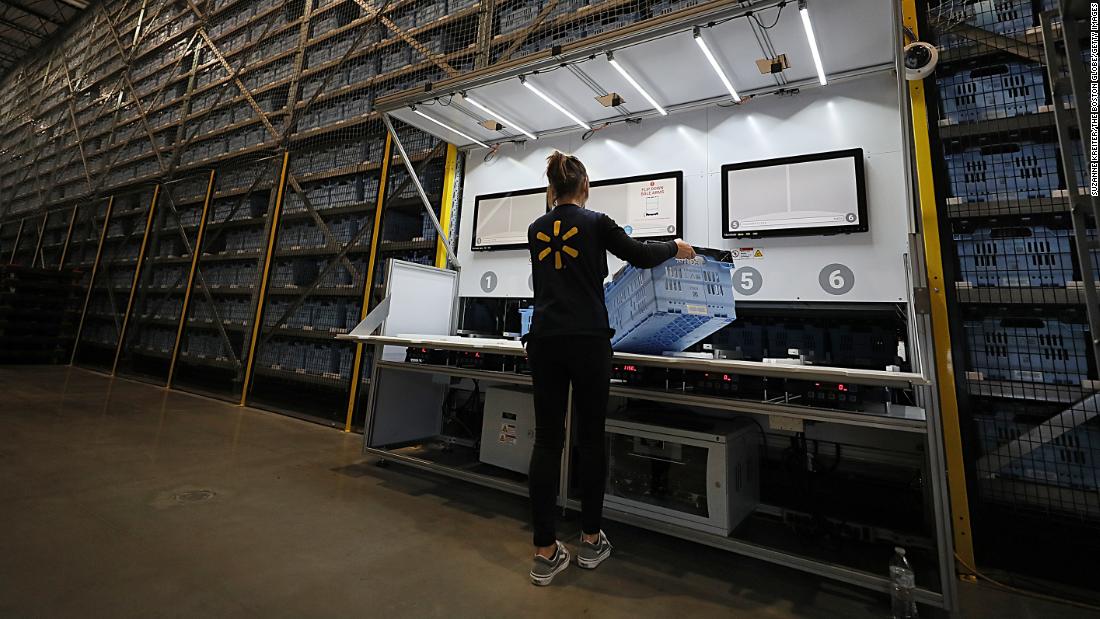 The company announced Friday the new hires for temporary or part-time positions gives Walmart the “opportunity to provide additional staffing in key areas where it’s needed most,” including at its stores, fulfillment and distribution centers.

The workers are needed to satisfy customers’ insatiable demand for household goods and groceries, as most of the nation is under shelter-in-place restrictions during the coronavirus pandemic. Walmart is America’s largest grocer and one of the few big-box retailers that remain open.

Walmart’s new wave of hiring comes about a month after its previous round. It worked with 70 companies to recruit furloughed workers with many people coming from restaurant and hospitality industries, which have both been battered by the pandemic.

“We are humbled and proud to be able to give an opportunity to so many workers during this critical time,” said Donna Morris, Walmart’s chief people officer.

Walmart (WMT) is the largest private employer in the US and has a national workforce of about 1.5 million workers.
Despite the amount of people Walmart is looking to hire, the United States is still steeped in mass unemployment. Another 5.2 million workers filed for their first week of unemployment benefits last week, according to the US Department of Labor, bringing the total number of Americans who have filed initial jobless claims to around 22 million since March 14.