Walmart will start requiring customers in US stores to wear masks 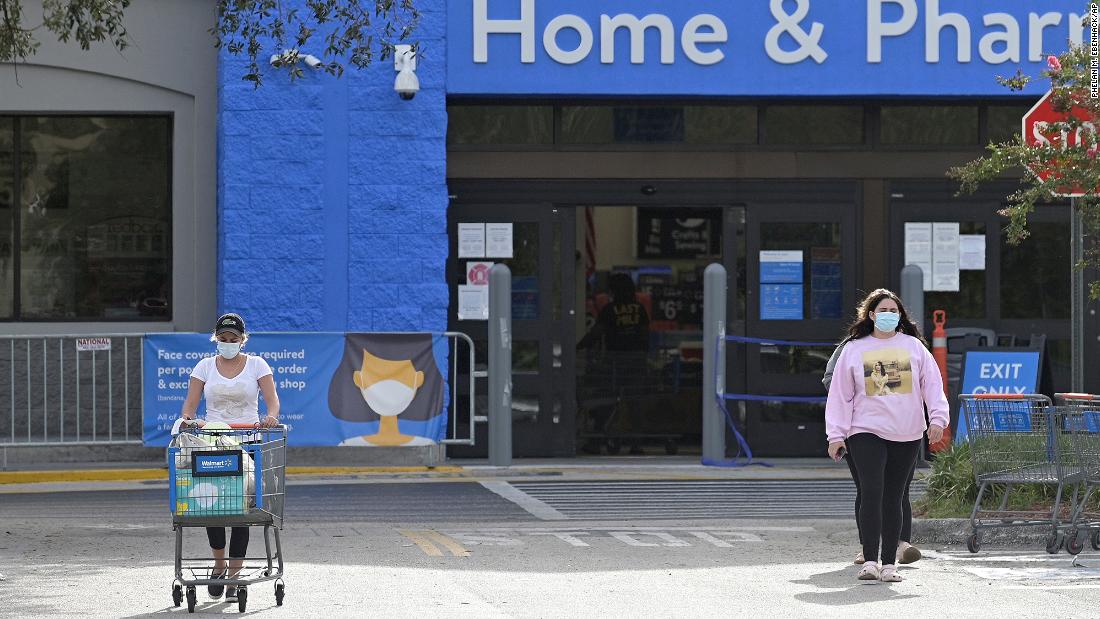 Other national chains have made similar moves. Starbucks (SBUX)said last week that it will require customers to wear facial coverings or masks in all 9,000 of its company-owned US stores beginning Wednesday. Best Buy (BBY) announced Tuesday that it will also require all shoppers coming into its approximately 1,000 stores to wear face masks. Costco (COST) began requiring its members to wear masks in stores beginning in May.

About 65% of Walmart’s more than 5,000 stores, including its Sam’s Club locations, are located in areas where there is a government mandate on face coverings.

“To help bring consistency across stores and clubs, we will require all shoppers to wear a face covering starting Monday, July 20,” Walmart US chief operating officer Dacona Smith and Sam’s Club chief operating officer Lance De La Rosa said in a blog post Wednesday. “This will give us time to inform customers and members of the changes, post signage and train associates on the new protocols.”

Most major retailers and grocers have hesitated to enact their own mask mandates for customers during the pandemic, partly over fears of antagonizing shoppers who refuse to wear them. Retailers have said they are reluctant to put their employees in the position of enforcing mask requirements.

But the ground in the retail and restaurant industries has shifted in recent weeks as the coronavirus pandemic worsens. More than 3.3 million people have now tested positive for the coronavirus nationwide and more than 130,000 have died. Cases are climbing in much of the country and many cities and states are reimposing restrictions to contain new outbreaks, including mask requirements in public settings.

Industry groups and unions also have stepped up their calls around mask requirements for customers in recent days. Last week, the Retail Leaders Industry Association, an industry trade group, called on the nation’s governors to pass statewide mandates requiring citizens to wear masks in public. The United Food and Commercial Workers’ Union also urged government officials and business leaders to require masks for customers in an advertisement over the weekend.

Following Walmart’s announcement, the National Retail Federation, the main lobbying group for the industry, called on retailers to mandate masks for customers.

Walmart’s decision may impact other companies’ policies around masks and the public’s views on wearing masks, said Alan Ellstrand, professor at the Walton College of Business at the University of Arkansas.

“Walmart has a great deal of influence in this regard,” he said. “It may signal to the public that if a large retailer like Walmart supports requiring customers to wear a mask, it is good for Americans to do so more broadly as well.”

Although no federal mandate to wear a mask exists, the Centers for Disease Control and Prevention says everyone “should wear a cloth face cover when they have to go out in public.” The CDC said “face coverings are meant to protect other people.”

Walmart said it will enforce the new policy by stationing “health ambassadors” near the entrance to remind shoppers of the requirement. “Our ambassadors will receive special training to help make the process as smooth as possible for customers,” the company said. “The ambassadors, identifiable by their black polo shirt, will work with customers who show up at a store without a face covering to try and find a solution.”

Similarly, at Sam’s Clubs locations, associates at store entrances will remind customers of the face mask requirement. Complimentary masks will be provided if shoppers don’t have one, the blog post said, and people can purchase masks in the club.