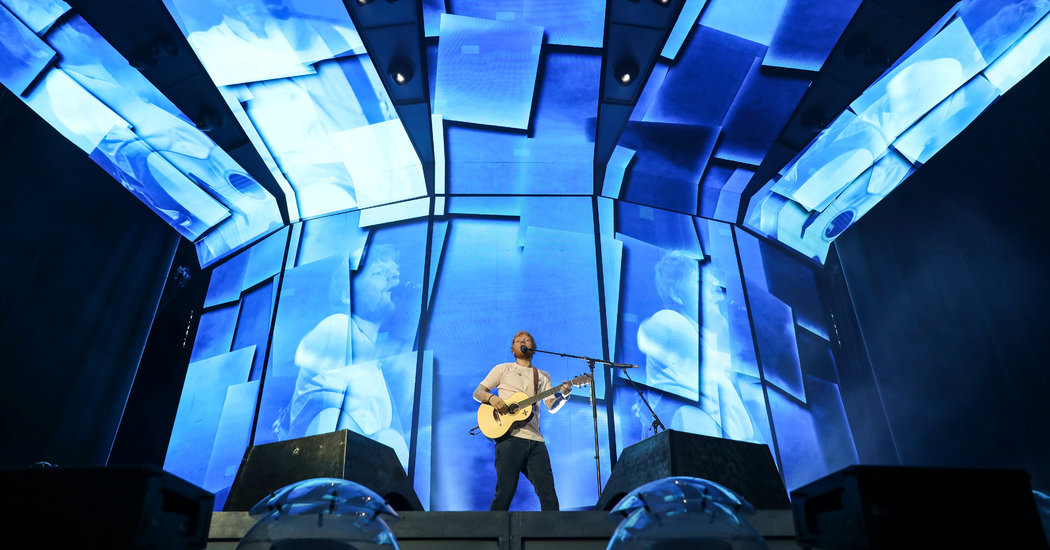 The Warner Music Group, the home of stars like Ed Sheeran, Cardi B and Led Zeppelin, announced on Tuesday that it would proceed with an initial public offering that would value the company at up to $13.3 billion.

The listing, planned for Nasdaq, would be the latest sign of the dramatic turnaround in the fortunes of the music business. Warner was bought for $3.3 billion in 2011 by Access Industries, the conglomerate controlled by the Russian-born billionaire Len Blavatnik, when the industry seemed to be on a terminal decline.

Since then, the music business has been reinvigorated by streaming services, leading investors to cash in. Last year, the Chinese company Tencent Holdings bought 10 percent of the Universal Music Group at a price that valued Universal at more than $33 billion.

Warner had nearly $3 billion in debt and $484 million in cash at the end of March, which would put the company’s enterprise value at about $16 billion if shares sell at the high end of the announced range.

According to the company’s prospectus, its underwriters — Morgan Stanley, Credit Suisse and Goldman Sachs — have the option to purchase an additional 10.5 million shares within 30 days.

Warner’s shares are being sold by Access Industries, and that company — not Warner — will receive proceeds from their sale. Access will retain 99 percent of voting power through its ownership of a separate class of stock.

Warner’s I.P.O. reflects a revitalized industry. The global recorded music business had $20.2 billion in revenue last year, up from $14 billion in 2014, according to the International Federation of the Phonographic Industry, a trade group. Disrupted by changes in technology that nearly killed its golden goose — the compact disc — the music industry had been sliding since 2001.

Streaming, which barely registered as a source of income a decade ago, now represents nearly 80 percent of retail sales revenue in the United States, according to the Recording Industry Association of America. While many artists complain that their royalties from streaming services are minuscule, the new format has been a boon for major record companies and music publishers, which collect large licensing payments for the use of their catalogs.

Like virtually all music companies, Warner has ridden the streaming wave. For its last fiscal year, which ended in September, Warner Music had $4.5 billion in revenue, according to its prospectus. That was up from $3 billion in 2015.

Warner announced its plans for an I.P.O. in February before pausing them as the coronavirus spread. The company’s prospectus lists the pandemic as a risk factor to its business. A Goldman Sachs report this month projected that global music revenue would drop by 25 percent this year, mostly because of the heavy blow the pandemic has dealt to live events, but forecast that overall revenues would rebound next year.