Wealthiest Hospitals Got Billions in Bailout for Struggling Health Providers 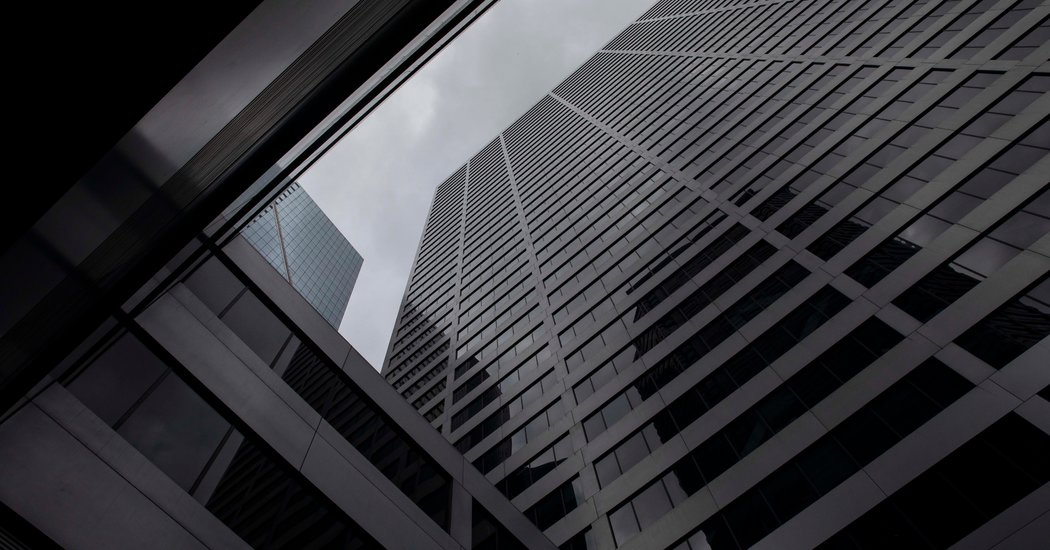 A multibillion-dollar institution in the Seattle area invests in hedge funds, runs a pair of venture capital funds and works with elite private equity firms like the Carlyle Group.

But it is not just another deep-pocketed investor hunting for high returns. It is the Providence Health System, one of the country’s largest and richest hospital chains. It is sitting on nearly $12 billion in cash, which it invests, Wall Street-style, in a good year generating more than $1 billion in profits.

And this spring, Providence received at least $509 million in government funds, one of many wealthy beneficiaries of a federal program that is supposed to prevent health care providers from capsizing during the coronavirus pandemic.

With states restricting hospitals from performing elective surgery and other nonessential services, their revenue has shriveled. The Department of Health and Human Services has disbursed $72 billion in grants since April to hospitals and other health care providers through the bailout program, which was part of the CARES Act economic stimulus package. The department plans to eventually distribute more than $100 billion more.

So far, the riches are flowing in large part to hospitals that had already built up deep financial reserves to help them withstand an economic storm. Smaller, poorer hospitals are receiving tiny amounts of federal aid by comparison.

Twenty large recipients, including Providence, have received a total of more than $5 billion in recent weeks, according to an analysis of federal data by Good Jobs First, a research group. Those hospital chains were already sitting on more than $108 billion in cash, according to regulatory filings and the bond-rating firms S&P Global and Fitch. A Providence spokeswoman said the grants helped make up for losses from the coronavirus.

Those cash piles come from a mix of sources: no-strings-attached private donations, income from investments with hedge funds and private equity firms, and any profits from treating patients. Some chains, like Providence, also run their own venture-capital firms to invest their cash in cutting-edge start-ups. The investment portfolios often generate billions of dollars in annual profits, dwarfing what the hospitals earn from serving patients.

Many of these hospital groups, including Providence, are set up as nonprofits, which generally don’t have to pay federal taxes on their billions of dollars of income.

By contrast, hospitals that serve low-income patients often have only enough cash on hand to finance a few weeks of their operations.

After the CARES Act was passed in March, hospital industry lobbyists reached out to senior Health and Human Services officials to discuss how the money would be distributed.

Representatives of the American Hospital Association, a lobbying group for the country’s largest hospitals, communicated with Alex M. Azar II, the department secretary, and Eric Hargan, the deputy secretary overseeing the funds, said Tom Nickels, a lobbyist for the group. Chip Kahn, president of the Federation of American Hospitals, which lobbies on behalf of for-profit hospitals, said he, too, had frequent discussions with the agency.

The department then devised formulas to quickly dispense tens of billions of dollars to thousands of hospitals — and those formulas favored large, wealthy institutions.

One formula based allotments on how much money a hospital collected from Medicare last year. Another was based on a hospital’s revenue. While Health and Human Services also created separate pots of funding for rural hospitals and those hit especially hard by the coronavirus, the department did not take into account each hospital’s existing financial resources.

“This simple formula used the data we had on hand at that time to get relief funds to the largest number of health care facilities and providers as quickly as possible,” said Caitlin B. Oakley, a spokeswoman for the department. “While other approaches were considered, these would have taken much longer to implement.”

Hospitals that serve a greater proportion of wealthier, privately insured patients got twice as much relief as those focused on low-income patients with Medicaid or no coverage at all, according to a study this month by the Kaiser Family Foundation.

“If you ever hear a hospital complaining they don’t have enough money, see if they have a venture fund,” said Niall Brennan, president of the nonprofit Health Care Cost Institute and a former senior Medicare official. “If you’ve got play money, you’re fine.”

In a letter this month to the Department of Health and Human Services, two House committee chairmen said the Trump administration appeared to be disregarding Congress’s intent in how it was distributing the aid.

“The level of funding appears to be completely disconnected from need,” wrote the two Democrats, Representatives Frank Pallone Jr. of New Jersey and Richard E. Neal of Massachusetts.

It is the latest instance in which enormous and hastily enacted federal bailout programs have benefited those who don’t appear to need the money. A package of $170 billion in federal tax breaks, for example, will go overwhelmingly to many of the country’s richest people and biggest companies. A program to rescue small businesses initially directed hundreds of millions of dollars in loans to publicly traded companies while many smaller firms were frozen out.

That pattern is repeating in the hospital rescue program.

For example, HCA Healthcare and Tenet Healthcare — publicly traded chains with billions of dollars in reserves and large credit lines from banks — together received more than $1.5 billion in federal funds.

An HCA spokesman said the aid didn’t cover the expected lost revenue and higher expenses caused by the coronavirus, while a Tenet spokeswoman said the pandemic had suppressed the company’s profits.

The Cleveland Clinic got $199 million. Last year it had so much money on hand — its $7 billion in cash helped generate $1.2 billion in investment profits — that it paid investment advisers $28 million to manage the fortune.

Angela Kiska, a Cleveland Clinic spokeswoman, said the federal grants had “helped to partially offset the significant losses in operating revenue due to Covid-19, while we continue to provide care to patients in our communities.” The Cleveland Clinic sent caregivers to hospitals in Detroit and New York as they were flooded with coronavirus patients, she added.

The St. Louis-based Ascension Health, which operates 150 hospitals nationwide, has received at least $211 million from Health and Human Services. The company, with $15.5 billion in cash, operates a venture capital fund and an investment advisory firm that helps other companies manage their money.

Even if Ascension stopped generating any revenue whatsoever — a doomsday scenario — it would have enough cash to fully operate for nearly eight months.

Nick Ragone, a spokesman for Ascension, said the federal funds “facilitated our ability to serve our communities during this unprecedented time.” He said Ascension had not furloughed or laid off any workers and wouldn’t do so for “as long as possible.”

Critics argue that hospitals with vast financial resources should not be getting federal funds. “If you accumulated $18 billion and you are a not-for-profit hospital system, what’s it for if other than a reserve for an emergency?” said Dr. Robert Berenson, a physician and a health policy analyst for the Urban Institute, a Washington research group.

Hospitals that serve poorer patients typically have thinner reserves to draw on.

Even before the coronavirus, roughly 400 hospitals in rural America were at risk of closing, said Alan Morgan, the chief executive of the National Rural Hospital Association. On average, the country’s 2,000 rural hospitals had enough cash to keep their doors open for 30 days.

Many hospitals that primarily serve low-income people have received federal grants that their executives say may not be enough to see them through the current crisis.

At St. Claire HealthCare, the largest rural hospital system in eastern Kentucky, the number of surgeries dropped 88 percent during the pandemic — depriving the hospital of a crucial revenue source. Looking to stanch the financial damage, it furloughed employees and canceled some vendor contracts. The $3 million the hospital received from the federal government in April will cover two weeks of payroll, said Donald H. Lloyd II, the health system’s chief executive.

The Harris Health System, which operates two hospitals in Houston, treats mostly uninsured patients. In a good year, it has a 1 percent profit margin, said Esmaeil Porsa, its chief executive.

The system has lost about $43 million in patient revenue during the pandemic, Mr. Porsa said. So far, it has received about a quarter of that in federal grants. It is unclear how it will make up the shortfall.

“I know there are hospitals out there that have some God-awful amount of money in reserve,” Mr. Porsa said. “We are not that, and we will never be that. Whatever cash we have we’re going to pour into services.”

That is not how things work at the Providence Health System, which in some ways resembles a Silicon Valley powerhouse as much as a health care company. Providence owns 51 hospitals, including Swedish Medical Center in Seattle, and 1,100 clinics in California, Texas and others states.

Even with the federal grants, Providence lost $179 million in April, said Melissa Tizon, a company spokeswoman. The bailout money has helped the company avoid laying off staff or reducing their pay.

“Remember, the pandemic isn’t over,” Ms. Tizon said. “We need to be financially stable for the next possible wave.”

But Providence’s financial stability does not appear to be in jeopardy.

The hospital network has nearly $12 billion in cash reserves. It has invested that money in hedge funds, private equity firms and real estate ventures.

It also oversees two venture capital funds that manage about $300 million on behalf of the health care chain. The venture funds do deals alongside some of the country’s highest-profile investment firms, including Kleiner Perkins and Carlyle.

Last year, Providence’s portfolio of investments generated about $1.3 billion in profits, far exceeding the profits from its hospital operations. Like other nonprofits, Providence generally does not owe federal taxes on its earnings.

That would be enough to finance about a month of operations at the St. Claire hospitals in Kentucky.