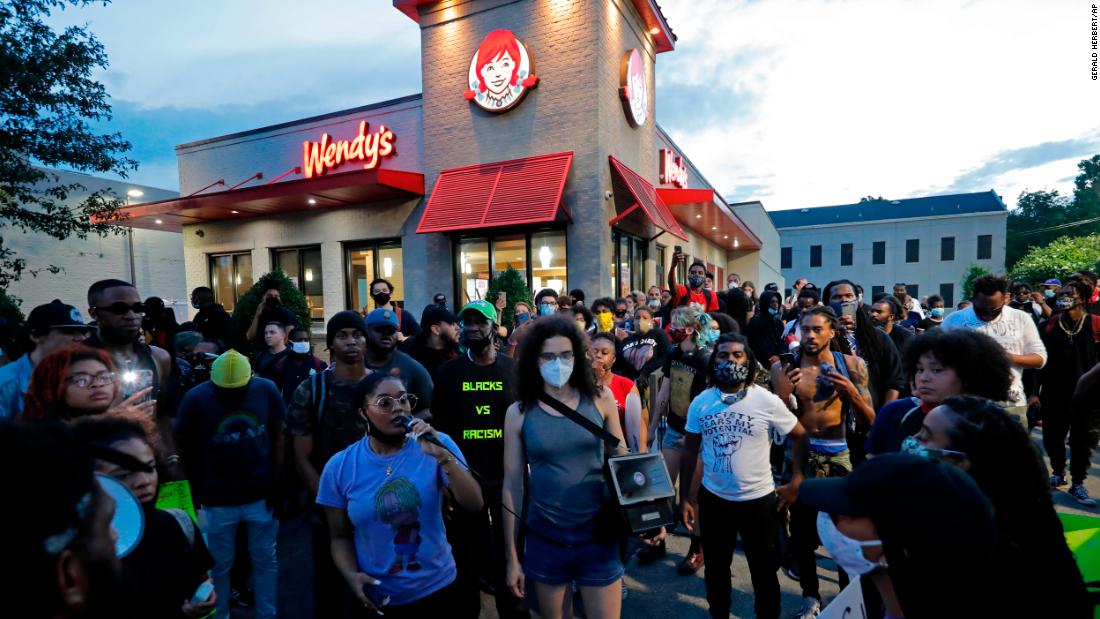 The company said is making a $500,000 donation to social justice organizations, tweeting that “a lot of people are hurting because of blatant racism against black people.”

The donation comes a day after criticism for sizable donations from one of its franchisee CEOs to President Donald Trump’s reelection campaign. The controversy spawned the hashtag “WendysIsOverParty” on Tuesday, with a screenshot from an article revealing James Bodenstedt, the CEO of Muy Companies, has donated nearly $500,000 to Trump.
Some on Twitter were associating the donation to Trump with Wendy’s, but it was the franchisee who made the donation — not the parent company. Muy Companies owns and operates a total of 800 Wendy’s, Taco Bell and Pizza Hut locations in the United States. Bodenstedt was invited to the White House last month for a discussion about the restaurant industry struggles during Covid-19.
Wendy’s (WEN) responded on Twitter about Bodenstedt’s donation, telling people: “We never have and will never contribute to a presidential campaign. For the record our CEO has always kept that same energy too. Facts.”

That’s accurate, but not quite the whole story: Wendy’s CEO Todd Penegor has donated around $6,000 to the Wendy’s Political Action Committee. Public records shows the PAC hasn’t donated to presidential campaigns, but it has donated to more Republican than Democrats congressional candidates.

Wendy’s didn’t immediately respond about the timing of the donation.

On Twitter, Wendy’s continued that it knows it needs to do “a lot more to do than a donation” and will use the account in the coming days to “amplify black voices.”