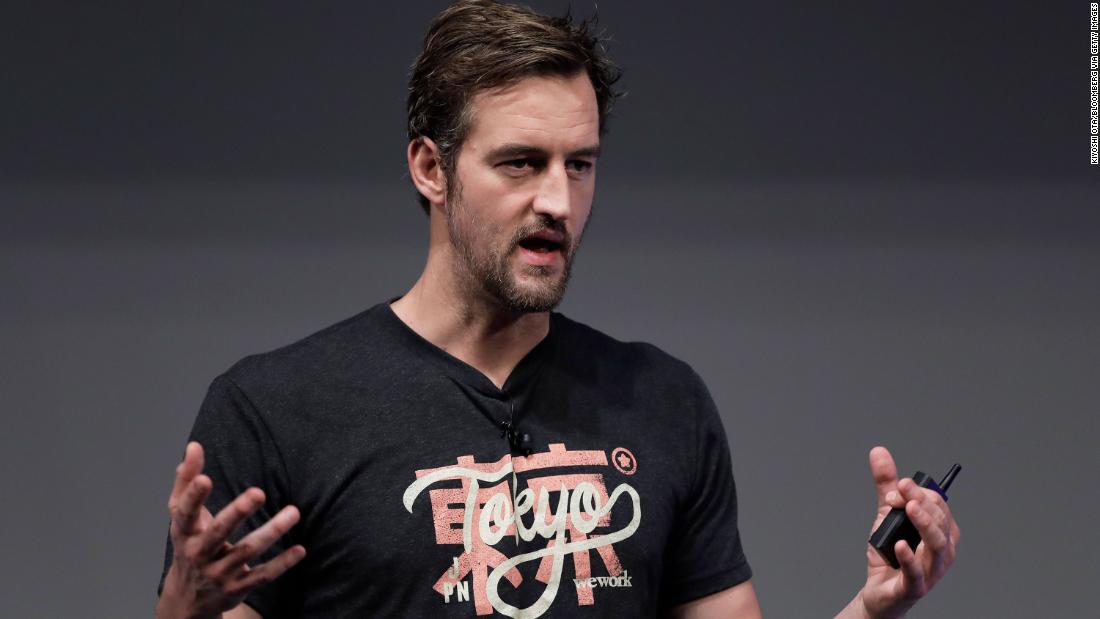 Now, McKelvey, the last remaining cofounder at WeWork, is leaving as the company works to pull off a turnaround. Neumann left WeWork last fall after its IPO plans fell apart.

“After 10 years, I’ve made one of the most difficult decisions of my life — one that I’m not even sure has sunk in just yet,” McKelvey, the company’s chief culture officer, wrote in an email to staffers obtained by CNN Business. “While it’s hard to leave, and I know there is a lot more work to be done, I could only make this decision knowing this company and our people are in good hands.”

The company confirmed McKelvey’s departure to CNN Business. The news was first reported by CNBC.
McKelvey’s exit marks the true end of an era for the coworking company. Founded in 2010, WeWork expanded to more than 100 cities around the world and ranked as one of the most valuable privately-held companies in the US.

But its IPO was ultimately derailed by a wave of concerns about its mounting losses and questionable corporate governance practices. The company’s valuation, which once soared as high as $47 billion, collapsed to roughly $8 billion when SoftBank agreed to bail out the company last fall.

After SoftBank (SFTBF) took over, WeWork tapped new leadership responsible for turning around the company — a formidable challenge in the face of a global pandemic that has drastically reduced the demand for physical office space, WeWork’s core business.

“Miguel’s dedication to establishing a community that fosters connection and compassion has helped build a business that recognizes and celebrates inclusivity, authenticity, learning, and growth,” said WeWork’s CEO Sandeep Mathrani in a statement. “He has left an indelible mark on this company and he will be missed.”

Under the leadership of Neumann and McKelvey, WeWork focused on selling “community,” priding itself on helping set the culture for the entrepreneurs and businesses that use its facilities. When the company went meat-free, for example, it was McKelvey who relayed the new policy to staffers.
Neumann’s wife, Rebekah Neumann, who was previously WeWork’s chief brand and impact officer and was credited as a cofounder in the company’s IPO prospectus, stepped down last fall.

“Looking back to when we started in 2010, I am reminded that the world needed us so much then. Workplaces that focused on what we need as human beings were few and far between,” wrote McKelvey in the email. “And while we have changed the world together — making the WeWork way both the standard, and the vanguard — we again face an extraordinary opportunity to lead the world forward. The world needs WeWork now more than ever.”