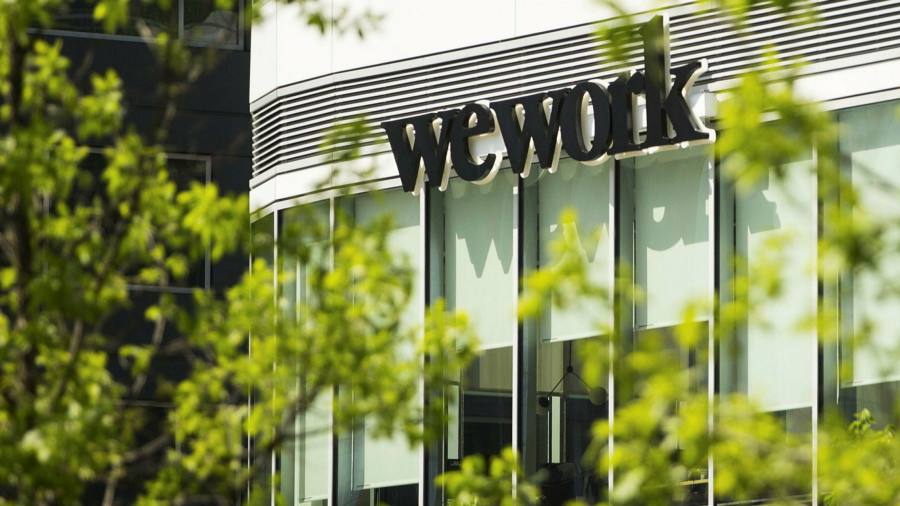 WeWork’s move to skip rent payments and renegotiate hundreds of its leases is rippling into the commercial mortgage market, sending the price of bonds backed by the company’s payments tumbling.

The provider of shared office space has moved aggressively to cut costs as swaths of its tenants have sought rent relief or to terminate their contracts since the coronavirus pandemic brought business activity to a standstill.

That has knocked the commercial mortgage-backed securities that count on WeWork’s rent to pay investors. CMBS deals bundle together commercial mortgages to back issuance of new bonds with different levels of exposure to the potential default of the underlying borrowers.

Roughly $5.5bn worth of CMBS includes properties where WeWork is a tenant, according to data provider Trepp, including some of the office provider’s flagship locations in New York and San Francisco.

The pandemic has exposed investors to the short-term nature of WeWork’s leases, more at risk of rising vacancies than traditional office buildings that tend to have much longer-term tenants, putting pressure on the company’s own ability to keep up with rental payments.

“It’s an untested business model,” said Jennifer Ripper, head of CMBS at Penn Mutual Asset Management. The “question mark”, she added, is whether WeWork’s tenants will return once lockdown measures have been lifted.

When rating one WeWork-backed deal, S&P Global warned about the “sustainability of the co-working business model in an economic downturn, during which tenants may rapidly cancel their memberships as employment dynamics shift.”

That CMBS, structured by Goldman Sachs and Citigroup, is backed by a single office in San Francisco’s financial district, boasting a roof deck and fitness centre. WeWork rents more than half of the building at 600 California Street as well as owning a large proportion of the building through related entities — a concentration that Morningstar analysts raised as a concern last year. The lowest rated tranche of that $240m deal has sunk to 73 cents on the dollar, from over 100 cents in March, according to Bloomberg data.

A $410m loan on WeWork’s Wilshere Courtyard office in Los Angeles — around the corner from the Miracle Mile museum district — is the largest in any CMBS, according to Trepp’s data, underpinning a deal sold by French bank Natixis last year. The triple-B rated tranche, which carries the coveted classification of being “investment-grade”, has fallen from just shy of 100 cents on the dollar in March to 82 cents.

The declines in the CMBS market come as WeWork tenants complain of difficulty cancelling leases or freezing rent payments. Michelle Orman, who rents space in a WeWork office in Brooklyn, New York for her boutique public relations and communications firm, told the Financial Times that she will not renew her lease after May.

Ms Orman said she had tried to cancel sooner, as she is unable to go to the office in the current environment. In the end, she said she negotiated a reduced rent bill for May. Ms Orman said she had “no intention of going back to [WeWork] after this experience . . . I can’t support a business that turns its back on entrepreneurs and small businesses.”

Shelter-in-place orders have meant most of WeWork’s offices in urban areas across the US and Europe are sparsely populated and will need to be overhauled to space tenants out if and when they return.

“WeWork believes in the long-term prospects of our locations and our relationships with landlords across the world,” the company said, adding that it was engaging in “good faith” negotiations with its more than 600 landlords to “benefit all parties involved.”

The company last year began evaluating properties for closure after it aborted its initial public offering and co-founder Adam Neumann stepped down as chief executive. While Japanese group SoftBank has injected cash into the group and helped WeWork secure new debt, analysts have warned that the company may face cash shortfalls in the year ahead.