What does the US-backed Opec+ deal mean for the world? 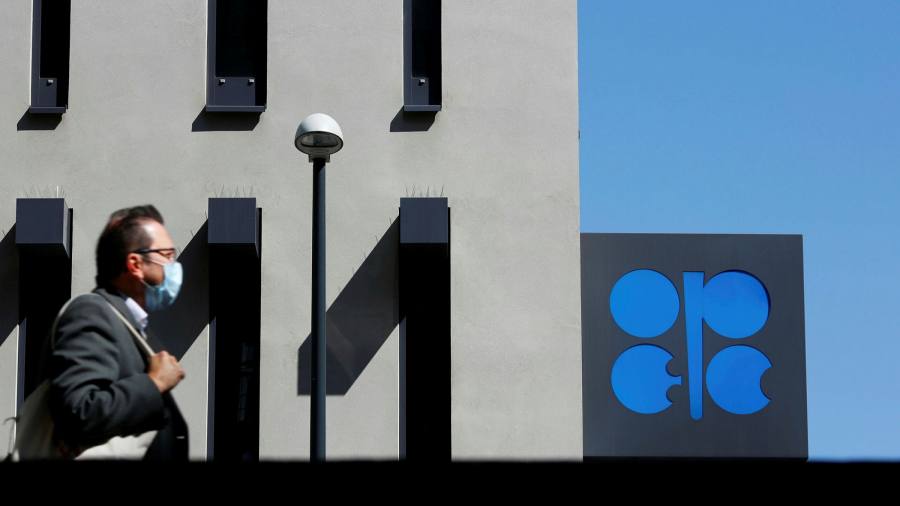 Opec agreed the biggest ever oil output cuts with the backing of Russia, the US and the wider G20 group of nations in an effort to bolster crude prices that the coronavirus outbreak has helped push to 18-year lows.

The question now is what the agreement means for the future of the energy industry and whether it will help oil prices recover.

How does the agreement stack up?

After four days of talks, Opec and allies including Russia agreed on Sunday to cut a record 9.7m barrels a day of production — close to 10 per cent of global pre-crisis demand. A concession to Mexico, allowing it to curb production by a smaller proportion, meant the deal fell slightly short of the 10m b/d initially agreed on Thursday.

Curbs of 9.7m b/d for the so-called Opec+ group will stay in place for May and June, after which the cuts will shrink to 7.7m b/d for the rest of the year, and then 5.8m b/d from January 2021 to April 2022. Saudi Arabia and its Gulf allies, which accelerated production over the past month as part of a price war, will make bigger cuts that people close to the kingdom said would take the tally for Opec+ countries to 12.5m b/d.

Contributions from other producers, such as the US, Canada and Brazil could take the tally over 15m b/d. Yet these are not official curbs as part of the deal, but production declines caused by weak oil prices. The level might be even higher — closer to 20m b/d, Opec delegates said, if oil purchases by countries for strategic stockpiles are included.

How did global oil diplomacy enable the deal?

The oil cuts deal is double the size of the curbs agreed following the global financial crisis and brings to an end a price war between Saudi Arabia, Opec’s de facto leader and largest producer, and Russia, a non-member that last month refused to sign up to more modest cuts.

Aside from bringing Russia’s president Vladimir Putin and Saudi Arabia’s crown prince Mohammed bin Salman back together, the cuts received the support of US president Donald Trump as well as broad backing from G20 nations and the International Energy Agency, founded in the 1970s to protect western consumers from Opec. That underscored both the scale of the crisis and diplomatic footwork needed to bring it together.

Will it rescue the oil market?

Despite its historic scale, the deal will not end a far greater collapse in global demand caused by the coronavirus pandemic, which has pushed consumption down by 30 per cent of the global total, about the equivalent of Opec’s entire output.

For now, the scale of that demand hit will dominate the market. To find a market for their oil, producers will also need to keep discounting their barrels. This will be another headwind to any price rally.

The Opec cuts will not begin until May, and some of the supply onslaught of recent weeks is already making its way to the market. The deepest phase of the cuts will last only through May and June too. Oil-storage tanks and pipelines could be full by then, leaving no option but to stop producing oil.

Roger Diwan at IHS Markit said that while the deal removed the spectre of an “aggressive price war”, it “does not solve the distress physical markets are likely to face in May and June”.

Traders will also need to decide whether they believe Opec producers will fully deliver their cuts, especially as prices rise. Russia committed to cut 2m b/d, but in previous deals in recent years it struggled to honour cuts a tenth of that size. Iraq’s compliance record is also patchy. Bill Farren-Price of RS Energy Group said he believed the cuts would in reality amount to 6.8m b/d or less.

Compliance would crumble if prices rose too, admit Opec delegates. “As soon as prices rise, it will be like herding cats,” said one official.

Why did Trump push for the deal?

Opec has been a constant irritant for the US president. Even before he assumed office, he railed against the cartel. Once in the White House, Mr Trump repeatedly berated the group and demanded it produce more oil to drive gasoline prices lower. A couple of weeks ago, he even he hailed the price collapse as like “a massive tax cut”.

But it was Mr Trump that instigated this Opec deal seeking to raise oil prices — a stunning pivot in an election year.

His about-turn was a big win for executives in the US shale patch that lobbied hard for him to intervene, knowing their businesses — and, as Mr Trump noted, thousands of jobs in oil-producing states — were on the line. Harold Hamm, a friend of the president and head of one of the Bakken shale’s biggest oil producers, spoke two or three times a week to Mr Trump in recent weeks, urging the president to be tough on Riyadh and Moscow. Mr Trump agreed.

“This will save hundreds of thousands of energy jobs in the United States,” the president said in a tweet on Sunday evening, while thanking Russia and Saudi Arabia for “the big oil deal”.

Even the American Petroleum Institute, big oil’s most powerful lobbying group in Washington, which had opposed any intervention in the market, welcomed the deal on Sunday and praised Mr Trump’s leadership.

While he gains a win for helping to secure the deal, Mr Trump is also likely to avoid the wrath of consumers. “Low gasoline prices are not a big thing at a time when most everybody is at home and can’t drive anyway,” said Daniel Yergin, head of IHS Markit.