What hasn’t been done to save the global economy 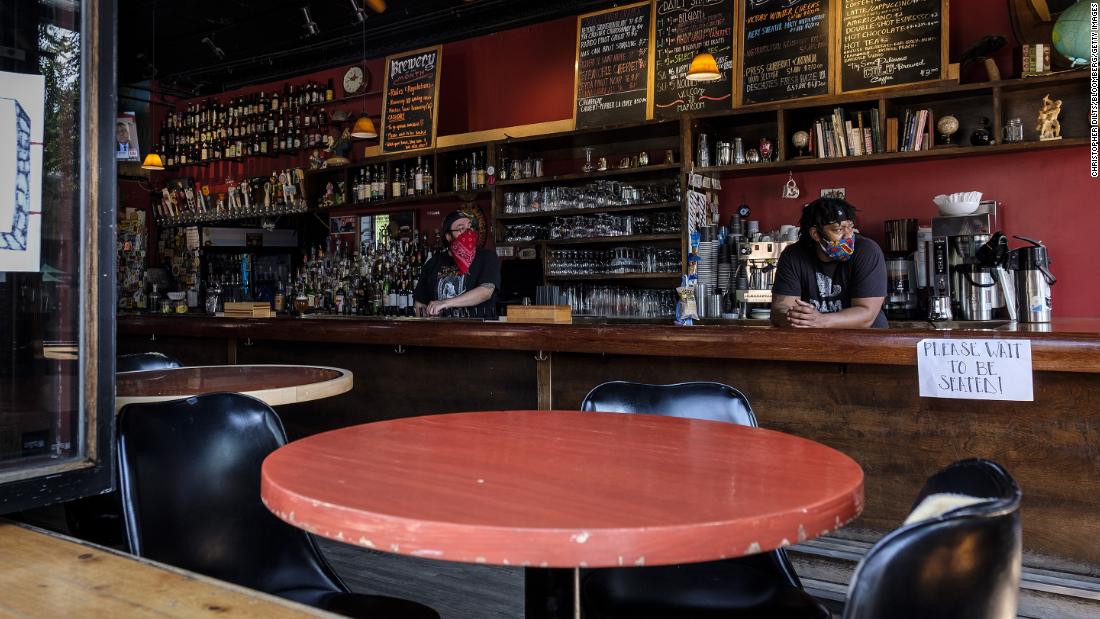 It’s a question economists and investors are asking with increased urgency, even as the recovery kicks in and stocks continue to rise, thanks in large part to existing levels of policy support.

Central banks, for their part, have fired much of their ammunition, and political leaders are still debating what comes next. But there are options left.

One is negative interest rates, a controversial tactic that has already been employed in Europe and Japan. Chatter is growing about whether the Federal Reserve and the Bank of England could follow suit should the crisis drag on longer than expected, though Bank of England Governor Andrew Bailey has appeared more receptive to the idea than Fed Chair Jerome Powell.

“The need to continue supporting the economy will undoubtedly fuel further discussion about whether negative rates are on the horizon,” James Smith, developed markets economist at ING, told clients after the Bank of England’s announcement last week that it would expand its bond-buying program but hold its key interest rate at 0.1%.

Negative interest rates charge banks to park their money with the central banks, theoretically encouraging greater lending. But critics note that the policy penalizes savers and banks, and may not do much good at a time when interest rates are already near zero.

Another idea: The Fed could “lower interest rates on loans offered to state and local governments, extend these loans’ maturities, and make them more broadly available to cities and counties,” Josh Bivens of the Economic Policy Institute, a progressive think tank, wrote in a blog post earlier this month.

More fiscal stimulus is also possible. In fact, many economists and market watchers consider it necessary.

“The Fed can do more at the margins — but its existing tools are too weak to provide the help typical families need,” Bivens wrote. “It’s up to Congress and the president now.”

The White House is reportedly working on a hefty infrastructure package, which Bloomberg reported last week could carry a $1 trillion price tag. But such plans are still very much in flux.

The House of Representatives passed a $3 trillion stimulus bill in May that allocates funding for state and local governments, coronavirus testing and a new round of direct payments to Americans, but Republicans made clear it was dead on arrival in the GOP-controlled Senate.

Watch this space: In a note to clients last week, Goldman Sachs raised its outlook for US economic growth in the second half of the year. However, the investment bank said that if Congress fails to agree on a fourth round of spending, its outlook could be at risk.

These are just some of the updates that could be announced at Apple’s Worldwide Developers Conference, a multi-day event that kicks off Monday, my CNN Business colleague Samantha Murphy Kelly reports.

Apple will hold the conference virtually for the first time due to the pandemic, and will stream all sessions online from its Cupertino, California, headquarters.

Why it matters: WWDC is closely watched by customers and developers looking for a peek at new software coming to iPhones, iPads, Macs and the Apple Watch. Expect investors to tune in, too.

Many of the key features unveiled at WWDC will relate to Apple’s upcoming iPhone operating system, iOS 14. But these announcements will come amid some uncertainty about when the next iPhone will be released.

Some reports indicate the pandemic could delay the production and launch of the iPhone 12, which was expected to debut in September, by a few weeks.

Hardware announcements could be on the table, too, according to Bank of America analysts. They note that Apple could use the event to launch new products like a redesigned iMac computer, over-the-ear headphones or a long-rumored object tracker called “Tag.”

Investor insight: Shares of Apple (AAPL) have surged 19% this year, handily beating the broader market as fears about the company’s supply chain and closed retail stores have subsided amid optimism about the recovery.
But investors are keeping close watch for any signs of strain. Shares fell Friday after Apple said it would shutter 11 stores across Florida, North Carolina, South Carolina and Arizona because of a spike in coronavirus cases.

Friday: US personal income and spending