What next for the Fed as signs of recovery emerge? 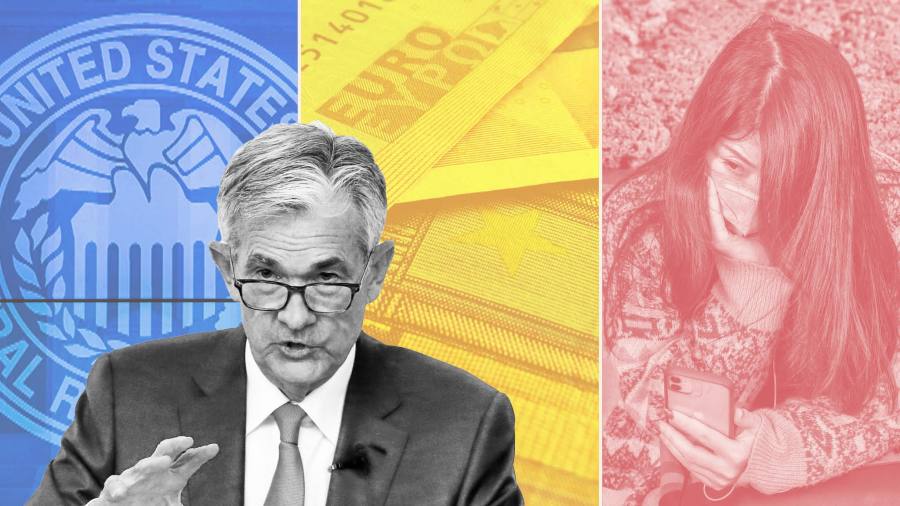 What next for the Fed as signs of recovery emerge?

The Federal Reserve meets this week after a welcome surprise on Friday, when payrolls data showed US employers added 2.5m jobs in May, cutting the jobless rate to 13.3 per cent. Stocks jumped on the sign that the world’s biggest economy could be recovering from the Covid-19 slump earlier than expected.

The data raises the question of what the central bank, which concludes its two-day meeting on Wednesday, might do — if anything — to ensure a rebound takes hold. The Fed has already slashed interest rates to zero, launched an unlimited bond-buying programme and announced 11 lending facilities. Before Friday’s jobs numbers, senior officials had suggested their preference was to keep policy on hold.

Nevertheless, investors will look for more guidance on what other tools the Fed would consider, if the pandemic were to deal further blows to the US economy. Late last month, chairman Jay Powell said the central bank was “strongly committed” to deploying measures to help the economy.

The Fed has so far ruled out negative interest rates, but another unconventional policy has gained traction among investors. So-called yield curve control, last used during the second world war, calls for the central bank to set targets for US Treasury yields and buy as many bonds as needed to maintain those levels.

Other investors have thrown their support behind a more aggressive form of forward guidance, whereby the Fed pledges to keep interest rates at a certain level until specific targets on economic output, unemployment and other indicators are reached.

Analysts at Bank of America expect yield curve control and further easing measures in September, “once the initial bounce from reopening subsides and it becomes apparent that the economy is in for a slow and bumpy recovery.” Colby Smith

Will the euro maintain its strong run?

The euro rebounded at the end of May following the announcement by Brussels that it planned to create a €750bn recovery fund, soothing investor concerns about the eurozone’s ability to emerge from the coronavirus crisis intact.

The currency’s strong run, on the back of a generally weaker dollar, continued into Thursday’s European Central Bank meeting, at which policymakers pledged an extra €600bn of bond purchases. In response, the euro climbed to its strongest level against the greenback since March.

On Friday the euro was trading above $1.13, putting it up about 4 per cent over the past fortnight — an indication that the ECB’s latest move has bolstered the currency’s near-term prospects.

“Markets are rallying on greater confidence in the euro area’s longevity,” said Seema Shah, chief strategist at Principal Global Investors. “The ECB will be hoping that this show of strength will put to bed any doubts about its willingness or ability to provide necessary stimulus.”

The sense of optimism has been encouraged by early signs of recovery from European economies that have reopened following virus lockdowns. But numbers for the eurozone’s first-quarter gross domestic product, due on Tuesday, could hinder the currency’s resurgence if they disappoint.

Analysts have questioned whether the euro could be reaching the end of its run, now that the additional monetary and fiscal measures have been priced in.

Any big gains in the exchange rate from this point would be attributable more to dollar weakness than euro strength, said Chris Turner, global head of markets research at ING Bank. Eva Szalay

How great are the disinflationary forces in China?

China was the first big economy to impose a near-total shutdown to halt the spread of Covid-19. It was also the first to reopen after controlling the virus.

That means that Chinese economic data are being closely studied for clues on how quickly activity can rebound from the effects of the pandemic. But away from talk of V- ,U- or even W-shaped recoveries, investors are growing concerned over the disinflationary forces taking hold in the country.

Government data, out on Wednesday, are expected to show that China’s year-on-year consumer price inflation was 2.6 per cent in May, according to economists polled by Bloomberg. That is slower than the 3.3 per cent rate recorded in April, and well below the official target, which was raised to 3.5 per cent at the recent annual meeting of China’s national congress.

Compounding investors’ concerns is a suspicion that the headline figures do not tell the full story. Recent inflation has been driven by food prices, notably pork, the cost of which is still roughly twice what it was a year ago because of an outbreak of African swine fever.

The sluggish readings suggest that while supply chains are coming back online in the world’s second-biggest economy, demand from consumers is returning much more slowly. That is likely because of restraint in spending as households worry about job security, as well as changes in consumer behaviour brought on by the virus, said Hao Zhou, a strategist at Commerzbank.

Mr Zhou warns that without bolder efforts from Beijing to stimulate the economy, the country risks a worrying deflationary turn in the latter part of 2020. Daniel Shane