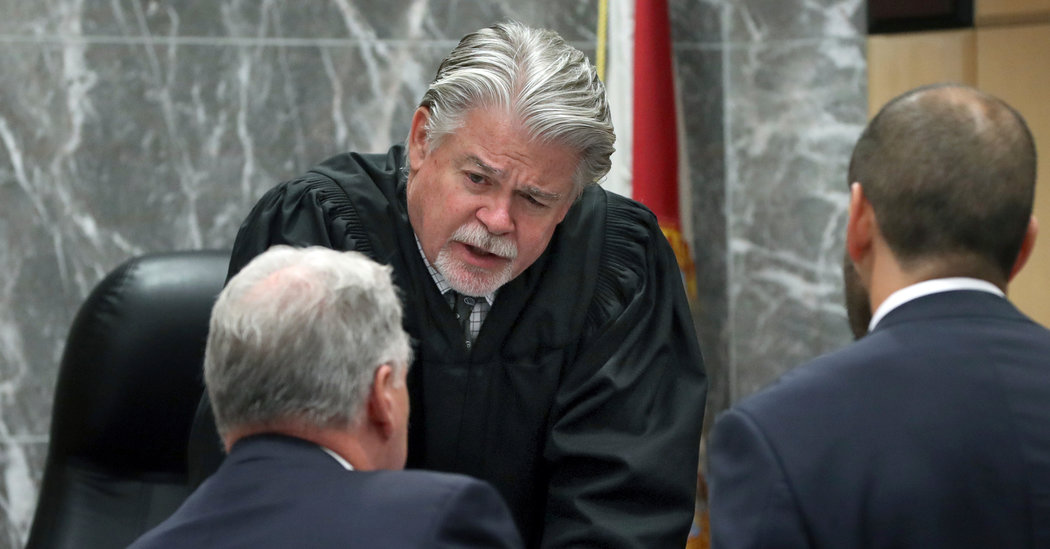 “Better resourced law firms will have the means to ensure that their attorneys appear in the best possible light — both figurative and literal light,” Mr. Keith said.

In an email on Wednesday, Jack Tuter, the chief judge of the 17th Circuit, said that he had not reviewed Judge Bailey’s letter before publication and that it did not reflect official policy in the circuit. In Family Court, he said, “many folks are self-representing and may or may not follow dress code rules.”

“As such,” Judge Tuter added, “we have expected appropriate dress but not necessarily enforced it.”

Judge Bailey, who did not immediately respond to requests for comment, noted in his letter that video platforms like Zoom can make it easier for lawyers to talk over one another, and over the judge.

“Often,” he wrote, “lawyers are not looking at their screens but down at their files, their outlines and notes, or simply out the window, and cannot see the judge is hollering, ‘Stop! Stop!’ because an objection has been made and the audio stays with the witness rather than obeying the judge.”

Mia Singh, a lawyer in Broward County and the president of the Weston Bar Association there, said she agreed with Judge Bailey. “I have seen employees on the other side of meetings looking like they literally rolled out of bed,” she said. “I don’t take them as seriously.”

For years, Ms. Singh has been organizing meetings where lawyers and judges — including Judge Bailey, her former boss — talk shop. During the coronavirus pandemic, she wanted to make those connections online and considered putting together a newsletter for lawyers.

She was looking for candid input — free of stuffy legalese — and asked Judge Bailey to write something for a series called “Virtual View From the Bench.” She said that after he emailed his letter to her, she sent it to her network of lawyers across Broward County, and her bar association posted it online.