Where nostalgic games like Neopets and MapleStory are now 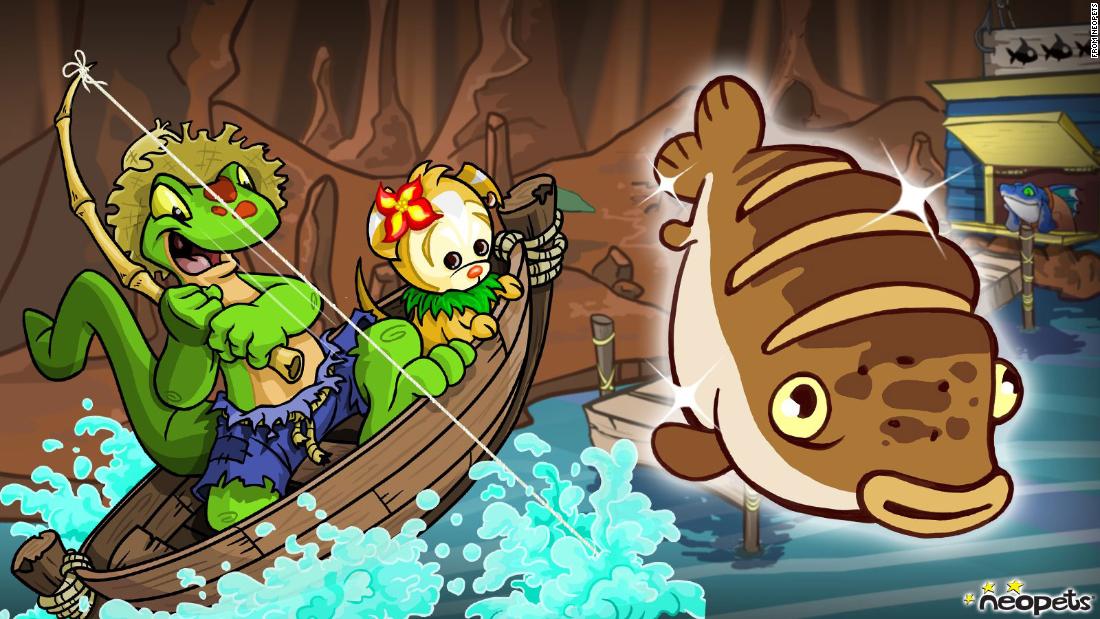 Here’s a look at where several well-known video game brands and franchises have landed decades after they first captured fans’ hearts.

The beloved browser game Neopets first launched in 1999. At its core, the game is about caring for virtual pets, which never die (unlike Tamagotchi). Along the way, Neopets entertained and empowered a generation of young women to learn coding and discover how the stock market works.

Neopets has bounced around a lot since its mid-2000s heyday. It was sold to Viacom in 2005, then to JumpStart in 2014. JumpStart was acquired by Chinese gaming company NetDragon in 2017.

Neopets, which has a little more than 50% of its fan base in the United States, is working on several projects to bring the game to China, JumpStart CEO Jim Czulewicz told CNN Business Friday.

Neopets was built on JavaScript and Flash. But with the imminent demise of Flash — Adobe announced three years ago it would retire the software by 2020 — the virtual pet site is shifting to HTML and finally offering support for a mobile site, which is still in a testing phase.

“Was it later than I would have wanted to do it? Yeah,” said Czulewicz, adding that the company expects it can retain players who might been put off by the website’s tech problems. He estimates Neopets still has around 100,000 daily active users and 1.5 million monthly active players.

Besides its mobile site, Neopets is getting a family friendly animated TV series based on the game’s extensive lore, slated for fall 2021. Czulewicz said the company has talked to video on demand services and traditional broadcasters who are interested in picking up the show. He has even received around eight requests on LinkedIn from Neopets fans, offering to work on the TV show for free.

The franchise is launching another free mobile game, the third in its repertoire, called Island Builders, that will feature adventures and quests. It will be similar in gameplay to a 2011 dragon building simulator “DragonVale” where users can design a park and put dragons on display. It will have in-app purchases and potentially offer season passes.

Although Neopets’ first two mobile games, a “Candy Crush”-like matching game called “Ghoul Catchers” and a word game, “Legends and Letters,” did not gain much momentum, Czulewicz said the brand’s next game will center around the features Neopians love, like a story and well-written characters. The game is due in 2020.

MapleStory, which debuted in South Korea in 2003 before reaching North America in 2005, is still a free-to-play, money-grabbing success story. The massively multiplayer online role-playing game (MMORPG) has taken root primarily in the Asian diaspora. Like its contemporary, World of Warcraft, MapleStory has been a matchmaker for real-life friendships and even marriages.

South Korean gaming company Nexon reported earnings earlier in May, and revenue was led by several games including MapleStory.

Players are encouraged to spend real money to customize their characters in virtual clothing and powerful weapons. They then team up for epic boss battles. The ability to use real money to essentially “win” the game was controversial among players, as those who couldn’t afford to spend were at a disadvantage.

Nexon has tried to distance itself from that controversy.

“We’ve made every mistake you could possibly make,” said Nexon CEO Owen Mahoney told CNN Business in May. “A game like MapleStory is around for a long time because we continue to provide value over a long period of time. And if you focus on over-monetizing, you’re going to alienate your user base.”

MapleStory released a sequel, MapleStory 2, which arrived in North America in 2018, but the success did not translate. MapleStory 2 shut down by the end of March.

Nexon said that MapleStory 2 did not win over fans because it wasn’t true to the franchise. Unlike the original game, MapleStory 2 was three dimensional.

“3D itself is not a key aspect of MapleStory,” said Mahoney. “The first MapleStory is an incredibly deep and rich MMORPG, even though the surface layer is 2D and very simple and pixelated.”

Nexon is still working on how to build on the first game’s success, Mahoney said.

The Atari brand rose to prominence in the 1970s after the video arcade and console company created an electronic tennis game called “Pong,” which was the first commercially successful video game. Its Atari 2600 gaming console was the first video game console that people bought for their homes.

But in 2013, the US arm of Atari filed for bankruptcy. Its French counterpart lives on, and today it still manages classic video games like “Asteroids” and “Centipede.

Now the brand is venturing into the real world, opening a chain of branded hotels. The first one, in Phoenix, Arizona, starts construction in the fall, and should be finished in about two years.

The hotels will feature spaces for virtual reality and augmented reality, studios for streaming games and venues for throwing esports events, according to a press release.

Some of the rooms will have a retro style while others could be inspired by “Ready Player One,” Shelly Murphy, CEO of GSD Group, told CNN Business in January.

Murphy said GSD partner Napoleon Smith III suggested one day, “I wonder what Atari is doing … how cool would it be to stay in an Atari hotel?”

Murphy described spaces set up with 10 gaming consoles where parents can host parties for kids. She said that the hotels would be affordably priced, with some premium options for people who might want to host a video game slumber party, for instance.

Atari hotels are planned for Las Vegas, Denver, Chicago, Austin, Seattle, San Francisco and San Jose, ranging from million to multimillion-dollar projects depending on the location.

“Minecraft” is one of the best-selling games of all time, with a dedicated fan base in the hundreds of millions. In late May, the franchise received a new title called “Minecraft Dungeons,” which takes the classic block-building, zombie-slaying game into an entertaining adventure format.

Fans of “Minecraft” may enjoy “Minecraft Dungeons,” but it doesn’t have the building and crafting element of the original title, so hardcore builders will likely skip the new game. The general public could appreciate the fantasy, dungeon-exploring elements.

Unlike “Minecraft,” where you can build, mine and customize your surroundings, “Minecraft Dungeons” is focused on exploring dungeons and seeking adventure. Players embark on short missions that can be completed in multiple sittings, and which can be played alone or by up to four people. Team members get several lives and more chances to complete the mission, even if they are killed by dungeon bosses.

“Minecraft,” released in 2011, is a huge moneymaker for its publisher, Xbox Game Studios, and its Swedish developer, Mojang Studios. More than 200 million copies of “Minecraft” have been sold to date, according to Helen Chiang, Mojang’s studio head, making it one of the best-selling games of all time, alongside “Tetris” and “Grand Theft Auto V.