Who can shelter the economy and markets from a pandemic? It’s not clear 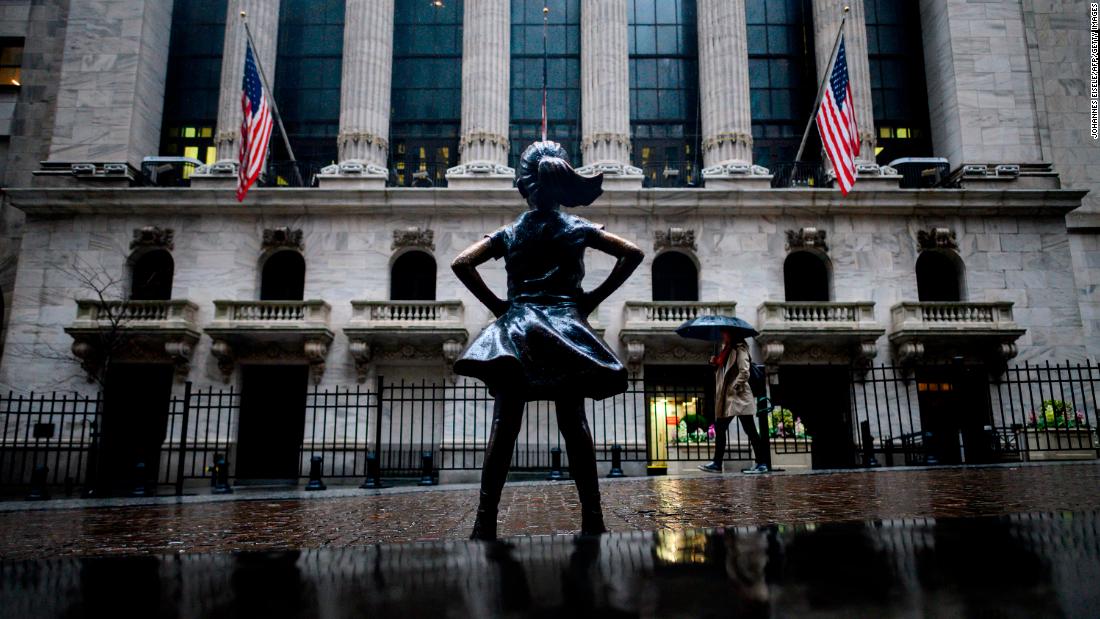 Investors are looking to central banks and governments to stem the economic and financial fallout from the coronavirus pandemic. It’s not clear if they’re up to the task.

The latest: Central banks moved ahead last week with emergency interest rate cuts and other measures to calm market disruptions and cushion the economic shock as much of Europe and the United States enters lockdown mode.
The Federal Reserve said it would pump $1.5 trillion into financial markets. The European Central Bank pledged to ramp up bond buying. And the Bank of England slashed interest rates to an all-time low.
After a slow start, governments also took up the mantle. The United Kingdom announced £30 billion ($39 billion) in tax breaks and additional spending. Germany earmarked half a trillion euros in guarantees for businesses, and said it could provide more if needed, according to Reuters.
In the United States, President Donald Trump declared a national emergency and the House of Representatives passed a bipartisan legislative package early Saturday morning aimed at boosting testing and addressing concerns about sick leave.

But the actions, which weren’t coordinated on a global scale, look unlikely to ease the panic that hangs over markets. Global stocks suffered their worst decline last week since the 2008 financial crisis, and the Dow is in a bear market despite Friday’s rally. Financial conditions remain strained.

Investors are waking up to the fact that central banks have limited tools to address an economic crisis after years of historically low interest rates and asset purchases. Actions by governments, meanwhile, have been announced intermittently amid fierce debate.

The big problem is that any monetary and fiscal measures will take some time to kick in, and won’t alleviate anxiety in the meantime.

“Cutting taxes and interest rates will have little if any immediate impact on an economy shutting down due to escalating quarantining,” Bank of America global economists Ethan Harris and Aditya Bhave told clients Friday.

Still to come: Central banks still have some ammunition left to fire — and they’re expected to do so this week. The Federal Reserve could cut interest rates to 0% even before its meeting on Wednesday. After years of negative interest rates, it’s not clear how much the Bank of Japan, which meets Thursday, can do.

In the meantime, expect investors to keep clamoring for a stronger response as extreme market volatility continues.

“The macroeconomic and financial [condition] risks remain broadly unchanged, and the need for a significant amount of policy accommodation remains unchanged as well,” Morgan Stanley chief US economist Ellen Zentner said in a note to clients Friday.

Companies have spent the years since the global financial crisis binging on debt. Now, as the coronavirus pandemic threatens to push the world into recession, the bill could come due — exacerbating damage to the economy and feeding a meltdown in financial markets.
Looking to take advantage of low interest rates, companies have rushed in recent years to issue bonds whose proceeds could be used to grow their businesses. Corporate debt among non-banks exploded to $75 trillion at the end of 2019, up from $48 trillion at the end of 2009, according to the Institute of International Finance.
As the coronavirus spreads — touching off a plunge in oil prices and a collapse in travel, and shutting factories from Italy to China — there is increasing alarm that companies in the energy, hospitality and auto sectors won’t be able to make their bond payments. That could trigger a spree of ratings downgrades and defaults that would further destabilize financial markets and compound the economic shock.

“This certainly is another match being lit [near] the bonfire of corporate debt liabilities,” Simon MacAdam, global economist at Capital Economics, told me. “There’s definitely potential for systemic risk.”

What’s happening: Investors became increasingly anxious about corporate debt in the past week as stocks sold off and crude prices nosedived. The ability to buy or sell securities in corporate debt markets has become much more difficult. And the extra returns that investors are demanding to hold corporate debt over more stable government bonds have shot up, signaling that they’re now viewed as much riskier holdings.

See here: Bank of America told clients on Friday that volatility had skyrocketed and outflows from corporate bond funds were at record highs.