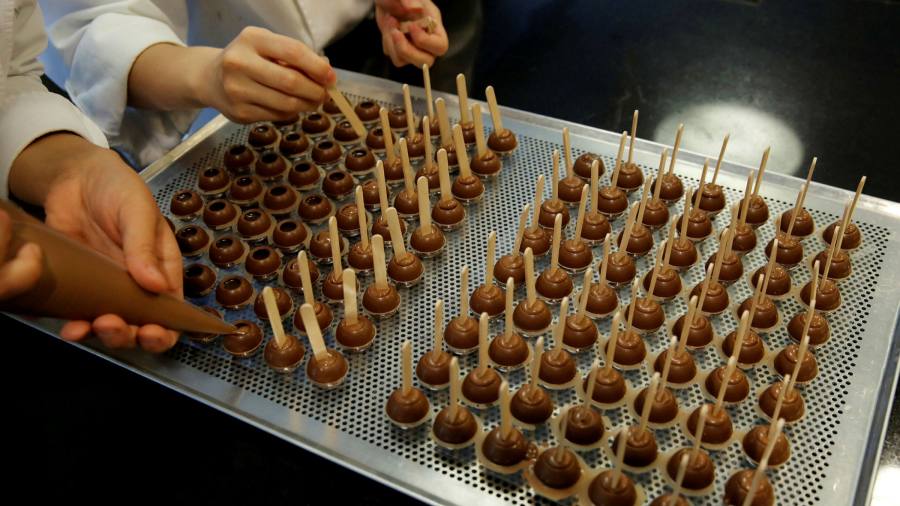 Lockdowns have not been sweet for chocolatiers. Cocoa prices have slumped to a 15-month low as stuck-at-home consumers shun confectionery.

Demand for chocolate has softened as restaurants, hotels and airport duty-free shops have been closed and parties and gatherings put on hold. As a result, the New York benchmark price for cocoa has fallen by a quarter since the end of February to trade close to $2,150 a tonne.

Carlos Mera, commodity analyst at Rabobank, said the plunge reflected consumers cutting discretionary spending. “The main factor is people are not in a celebratory mood,” he said.

Analysts are not banking on a speedy recovery, given the long road back to normality for the hospitality and tourism industries.

“It doesn’t feel like it’s going to be a V-shaped recovery. In the best-case scenario, it will be a Nike swoosh,” said Eric Sivry at broker Marex Spectron. “We need to be able to go out to restaurants, fly for business or holiday for the demand to really come back.”

Some strategists say cocoa has become a useful guide to the health of the global economy, as conventional indicators such as copper and equities rally despite lockdown easing measures being paused or reversed in some parts of the world.

“Since the low point back in March, both [copper and cocoa] rallied quite strongly in the belief that the recovery was ongoing,” said Ole Hanson, commodity strategist at Saxo Bank.

“Over the past month or so, we’ve seen cocoa break lower, and you could argue that’s the more true reflection of the global economy.”

However, other analysts warned that factors such as volatile weather make it tricky to use the bean as a barometer for the overall recovery.