Why Covid-19 sparked a Trump U-turn on the dollar 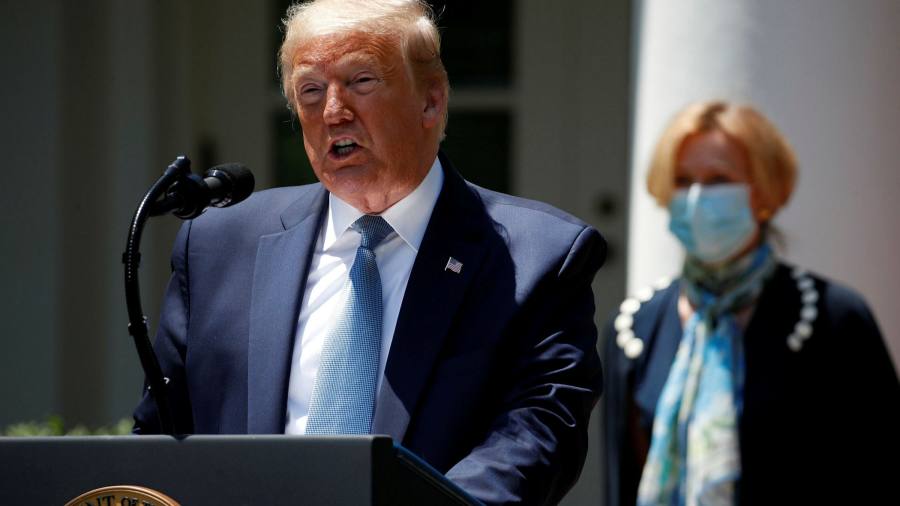 Donald Trump is suddenly a big fan of a strong dollar. The US president lauded the currency’s dominance this week, less than a year after waging a campaign to weaken the greenback.

On Thursday Mr Trump told Fox News that a mighty US dollar was a “great thing,” adding that “everybody wants to be in the dollar.”

“I kept it strong,” he told reporters.

In July last year, Mr Trump was demanding on social media that the US central bank cut interest rates and push the buck lower. The currency strength was hurting the economy, he said then, triggering talk that the US could intervene in currency markets for the first time in years. The speculation did not stop the dollar going on that year to hit a multi-decade high on a trade-weighted basis.

This week, the currency is on course to make small gains, but it is the president’s message on trade, not exchange rates, that is being taken to heart.

“I believe the inconsistencies in President Trump’s dollar message are themselves part of the reason the market reaction to them has been minimal,” said Shahab Jalinoos, global head of FX strategy at Credit Suisse in London. “The market has bigger fish to fry.”

Investors are trying to gauge the impact of the latest trade tensions between China and the US at a time when the global economy is set for its worst recession since the 1930s. Mr Trump has recently threatened to cut ties with China completely.

Mr Trump has good reason to embrace a strong currency, analysts say. Since the start of the coronavirus crisis, major central banks including the Fed have cut rates to near-zero while governments have launched unprecedented spending programmes. Focus has shifted from trade and competitiveness to financing ballooning deficits, according to Seema Shah, chief strategist at Principal Global Investors.

“It is of utmost importance that investors don’t lose faith in the US financial system and its ability to repay debt. Increasingly, it’s in Trump’s interest to . . . finally embrace the strong dollar policy,” she said.

The upcoming election is another factor. Since Covid-19 hit, American unemployment has skyrocketed and the economy is forecast to shrink nearly 6 per cent this year. A strong dollar is “another way to project American exceptionalism as a campaign slogan by saying, look how great our dollar is doing. That means America is doing great too,” Mark McCormick, global head of currency strategy at TD Securities in Toronto.

Last year’s push for a weaker dollar was mostly about forcing interest rates lower to add fuel to markets and the economy ahead of the 2020 election, Mr McCormick said. Both are now weaker.