Why restaurant menus are getting shorter 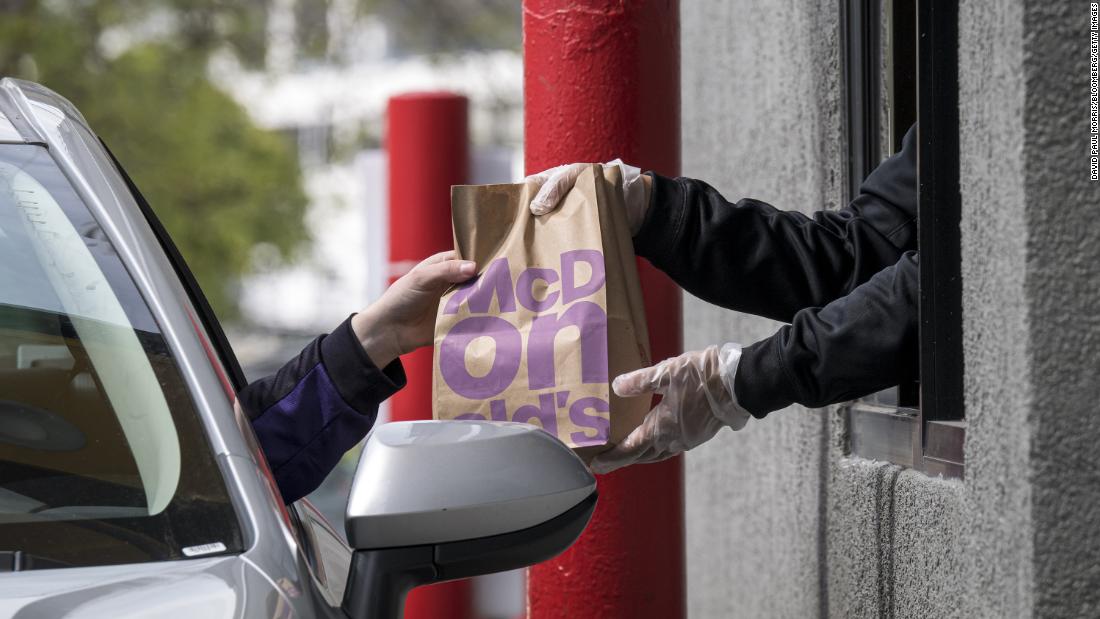 The industry has been hit hard by efforts to stop the spread of Covid-19. From March to May, eating and drinking place sales were $94 billion below expected levels, according to a recent survey by the National Restaurant Association. Reopening will be difficult as well. The slimmer menus are a way to shed complexities and costs, and push simpler or more popular items at a time when conserving cash is crucial for restaurant operators.
Denny’s (DENN) removed dishes like the Sizzlin’ Supreme Skillet, Choconana Pancakes, Spicy Sriracha Burger, Fit Slam and Slow-Cooked Pot Roast from its dine-in menu through fall. “When we realized the effects of the pandemic we quickly mobilized to create a new streamlined menu,” said John Dillon, Denny’s chief brand officer, in a statement emailed to CNN Business. Denny’s, which still has plenty of options, is serving items that “simplify operations and [are] easier to execute for our team members,” he said.

IHOP used to have a 12-page menu. Now it’s giving guests a 2-page, disposable menu. The shift “required a lot of reductions,” Brad Haley, IHOP’s chief marketing officer, told CNN Business. IHOP held on to popular items that weren’t too difficult to prepare. It lost complicated items that fewer guests ordered, and that could be replaced with something similar.

One example: a Simple and Fit omelet made with egg whites and spinach. While the specific dish is no longer on the menu, customers can build their own omelet using the same ingredients. “We didn’t lose any big menu categories, we just trimmed across the board,” Haley said. A smaller menu makes it easier for IHOP to train new workers as it reopens. It also means less waste for franchise operators, who may throw out unused ingredients they buy for less popular menu items.

Dave & Buster’s (PLAY) reduced its 40-item menu to 15 offerings, CEO Brian Jenkins said during a recent analyst call discussing the company’s first quarter financial results. “I do not expect that we will go back to the 40-item menu,” he said.
McDonald’s (MCD) “transitioned to a limited menu in April,” the company said in a statement to CNN Business, adding that “this decision helped simplify operations for our restaurant crew while also improving our customers’ experience.”
The chain axed salads, bagels, yogurt parfaits and all-day breakfast during the crisis, the Wall Street Journal reported. The company is planning to this summer bring back a handful of the discontinued items.

Restaurant operators are in a tough spot. For months, their dining rooms were closed because of local social-distancing orders. Now, as many start to reopen their doors, they face uncertain territory. With unemployment so high, some people may decide that eating out is just too expensive. Others may be afraid to come into restaurants, where they worry they could get sick from staff or other customers. Even if diners are eager to go out, restaurants have to reduce their capacities and keep people far enough apart to satisfy social distancing rules.
Meanwhile, their costs are soaring. Restaurant operators have to pay for personal protective equipment for workers, lots of hand sanitizer, paper towels, contact-free payment systems and more. They may have to pay to redesign their dining rooms. And the cost of some ingredients, like meat, is way up.

Reducing menus could help. And, at least for now, customers don’t seem to mind.

The problem with raising prices

Restaurants already operate with very thin margins, so it’s difficult for them to absorb costs without making any changes.

One obvious way to cope with higher costs is by passing them on to customers via higher prices. But diners won’t stand for it.

If customers see prices go up, they may turn to a competitor. Or they might just eat at home.

“There’s a lot of options outside of restaurant meals,” said Tim Powell, a managing principal of Foodservice IP, a foodservice consulting firm. “If you start raising prices it means that there’s a good chance that demand, or the traffic, will go down.”

While some restaurants have reportedly started adding so-called Covid surcharges to bills, US food costs away from home went up just 0.4% from April to May, according to data from the Bureau of Labor Statistics.

Shrinking the menu is a better option. It allows restaurants to order ingredients in bulk and achieve better economies of scale. And because restaurants remove their least popular or more expensive items, the changes may impact a relatively small number of customers.

At Dave & Buster’s for example, “the 15 items we selected generate a significant portion of our food revenue,” CEO Jenkins explained.

Even before the pandemic hit, restaurants would sometimes trim their menus to reduce costs or increase efficiencies. “We tend to go in and out of those phases,” said Powell, the food consultant. Last year, McDonald’s reduced its late-night menu and abandoned its craft burgers to help speed up its service and make its menus less complex.

And while some customers may miss seeing their favorite dish on the menu, others may be happy with — or at least tolerant of — the changes.

Plus, some diners may not care that much about variety right now.

Denny’s “customers have been extremely understanding of the adjustments we’ve made,” said Dillon, adding “we’ve found our guests are appreciative of the focus we have been putting on safety, cleanliness and sanitation that a slightly smaller menu enables.”

IHOP’s Haley put it this way: “we’re not seeing complaints from guests.”