Why the oil market is even weaker than you think 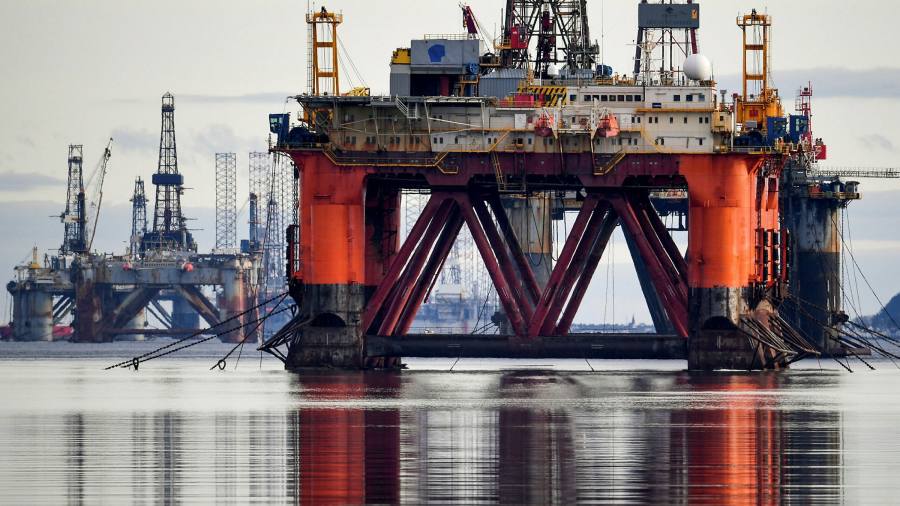 Benchmark oil prices are close to record lows, but the rates you see on screens are not telling the whole story.

With the coronavirus pandemic expected to cut oil demand by as much as one-third in April and May, and with storage tanks around the world fast filling up, crude prices in the physical market have fallen even faster.

These barrels, normally available immediately or within a few days, are now priced at steep discounts to the benchmark, at a time when the collapse in demand is reaching its peak. That helps to explain some of the volatility in futures markets that give a price for crude roughly a month ahead of its delivery.

So what is the real price of oil?

The price of North Sea Brent futures for June delivery is about $20 a barrel, but spot cargoes are much cheaper.

The price of Dated Brent, a physical benchmark made up of a basket of North Sea crude grades, was $14.67 on Tuesday. Dated Brent is assessed every day by agency S&P Global Platts based on prices and deals in the physical market, and covers loadings of oil 10 days to a month ahead.

It is currently all gloom and doom in the oil market

Normally it trades within a dollar or two of Brent, but the extreme oversupply in the market has pushed it to record discounts. That means producers are getting lower prices for their oil.

Traders and analysts are predicting the excess of available oil will diminish over time as more countries start to ease travel restrictions and lockdowns, and as demand recovers towards its pre-crisis level of roughly 100m barrels a day. But it will take time.

Bjornar Tonhaugen, head of oil markets at Rystad Energy, expects demand to drop by 28m b/d this month; by 21m next month; and by 16m in June.

Brent contracts for two years from now are closer to $40 a barrel.

The US benchmark West Texas Intermediate futures price dropped below zero last week as the May contract approached expiry — the point at which paper contracts can be converted into real barrels for physical delivery.

Traders, including hedge funds and other financial players, were left holding contracts for oil they were incapable of receiving as storage at Cushing, Oklahoma — the contract’s delivery point — was largely booked out.

The result was the plunge to as low as -$40 a barrel, as traders essentially paid rivals with storage to take oil off their hands. But the price has bounced back, with the June contract holding on at about $12 a barrel.

The plunge to negative prices highlights what some in the industry see as a fundamental flaw with having WTI’s delivery point at the landlocked Cushing tank farm. But the flashpoint is not new: US producers have been selling barrels in the physical market at single-digit levels for some time, while some heavier, less popular grades have already dipped below zero.

South Texas Sour, a higher sulphur crude, priced at minus $3.75 on April 27, according to prices posted by Plains All American Pipeline LP.

Traders have bet that Brent is less likely to experience negative prices as it is a seaborne crude. As long as traders can charter supertankers they should not run out of storage or means to haul it away.

But ICE, the exchange where Brent primarily trades, has made provisions to ensure it can handle negative prices, should the market sink further.

“More people are now better prepared to take advantage of a temporary dislocation,” he said. “WTI turning negative was such an eye-opening event for market participants. There are now lots of people thinking: ‘if Brent does turn negative how can I benefit from that?’”

Saudi Arabia’s state oil company has some of the lowest oil production costs in the world, but it will need them at the moment to turn even a small profit.

Saudi Aramco’s official selling prices for May provide oil to northern Europe at almost $9 a barrel below the daily Brent futures settlement for even its lightest grades. That means the kingdom is getting about $11 a barrel.

It is also offering large discounts into Asia where it is determined to hold on to market share, despite having called a halt to its price war with Russia as the pandemic’s effect on the oil market intensified.

Rival producers in the region are offering similar discounts. While Saudi-led Opec and its allies are expected to start cutting production in May, that may not be enough to stop storage facilities becoming overwhelmed.

Analysts at JBC Energy in Vienna say that “more extreme” price signals are required to get producers to throttle back output, and shut fields and refineries. Producers will want to keep producing as long as possible, hoping that rivals blink first.

West African barrels from producers such as Nigeria and Angola, which are both members of Opec, sometimes trade at a small premium to Brent as many of their grades are light and easy to refine into fuels.

But in recent years, Nigeria has struggled to compete with the rise of the US shale industry, which also primarily produces lighter-quality grades. That pressure has intensified in the current glut.

The Nigerian National Petroleum Corporation is now offering cargoes of Bonny Light and Qua Iboe, two of its main grades, at almost $4 a barrel below Dated Brent, or near $10 barrel.

“It is currently all gloom and doom in the oil market,” said Tamas Varga at London-based brokerage PVM.

Additional reporting by Philip Stafford and Anna Gross in London