Why this is the weirdest recession ever 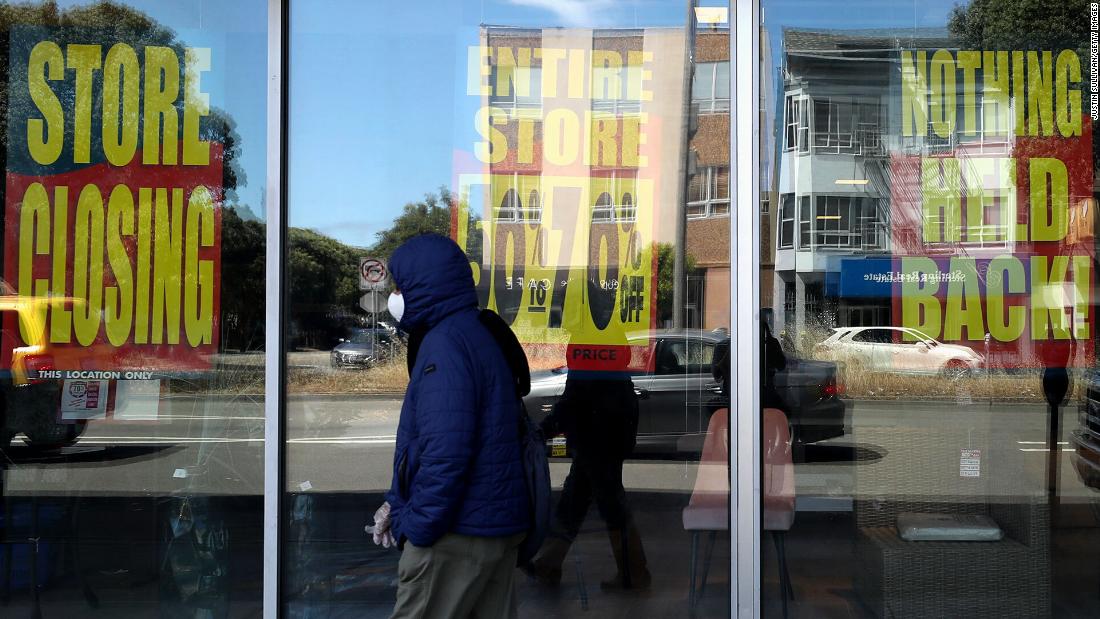 There was no boom and bust, no bubble that burst, no shocking attack on our shores. Rather, the government flipped the off switch on the economy in March to limit the spread of Covid-19 infections. People stayed home, businesses shuttered, millions of workers were laid off, and economic activity ground to a halt. This recession is more “man made” than any before it.
Now economists wonder whether the economy can as easily be switched back on. Predictions about the future are more difficult in these unprecedented times, making it harder for policy makers to gauge how much stimulus is needed to get the country through the downturn.

But can a recession and record jobs growth coexist simultaneously? Economists think the answer is yes. After all, a recovery needs more than one positive data point.

Can America be in a recession even with record level job growth?

A recession is commonly defined as two consecutive quarters of decline to a nation’s gross domestic product, the broadest measure of the economy.

The National Bureau of Economic Research said February was the start of America’s current recession. It put an end to the longest expansion in history, which began after the 2008 financial crisis. This was probably the easiest call NBER has ever had to make, given the engineered start of the downturn, said Mike Englund, chief economist at Action Economics.
The US economy contracted at an annualized 5% in the first quarter of the year, even though the economy was still growing in January and February. The March decline was steep enough to turn the whole quarter negative.

For the current, second quarter, economists expect an annualized decline as steep as 40%, which would exceed the low-point of the financial crisis. US gross domestic product, the broadest measure of the economy, contracted at an annualized 8.4% in the final three months of 2008.

The “Great Lockdown” could be the shortest recession in history, as experts hope for a sharp rebound in economic activity in the third quarter of the year, said Englund. So far, the shortest downturn on record is 1980’s six-month recession.

“The recession itself won’t last long, because the trough will be quick. But the scars, the lingering effect from this, will be long lasting,” said Gregory Daco, chief US economist at Oxford Economics.

If we can switch the economy off, can we just switch it back on?

Just how long the path to recovery might be is the biggest question on the minds of policy makers, central bankers and economists right now.

The labor market is expected to continue its rebound in coming months. But it’s easy to record the best job gains ever when the starting point is the worst job loss in history, warned Daco.

“If you recoup one job for every 10 you lost, you’re still nine in the hole,” he said.

May’s 2.5 million new jobs came on the heels of the revised 20.7 million jobs that vanished in April.

Worse still, the apparent rebound in economic data might detract from the remaining pain in the economy and could lead to less or delayed government stimulus this summer. That, in turn, would slow the recovery further, Daco said.

At the start of the coronavirus downturn, many predicted a V-shaped recovery, which is characterized a steep decline followed by a sharp rebound.

The longer the lockdown lasted, the more the recovery prognosis has changed. Forecasts ranged from a U-shape, a prolonged recession ahead of a steep rebound; to a W-shape, which is defined by a second downturn following a brief recovery; to an L-shape for no recovery after the collapse.

The recovery alphabet soup is a sure indication that we are in uncharted territory. And after last week’s better than expected jobs report, hopes for a strong comeback are growing again.

In March, America hunkered down all at once, but the reopening will be staggered. New York, for example, the epicenter of the outbreak at one point, will likely trail the rest of the country in its rebound.

Now, as cities and municipalities reopen at different speeds, the success restarting the economy won’t be clear for a while. In the pandemic recession, it all depends on which part of the country we look at.