Why We Are Once Again Rescuing a ‘Safe’ Investment 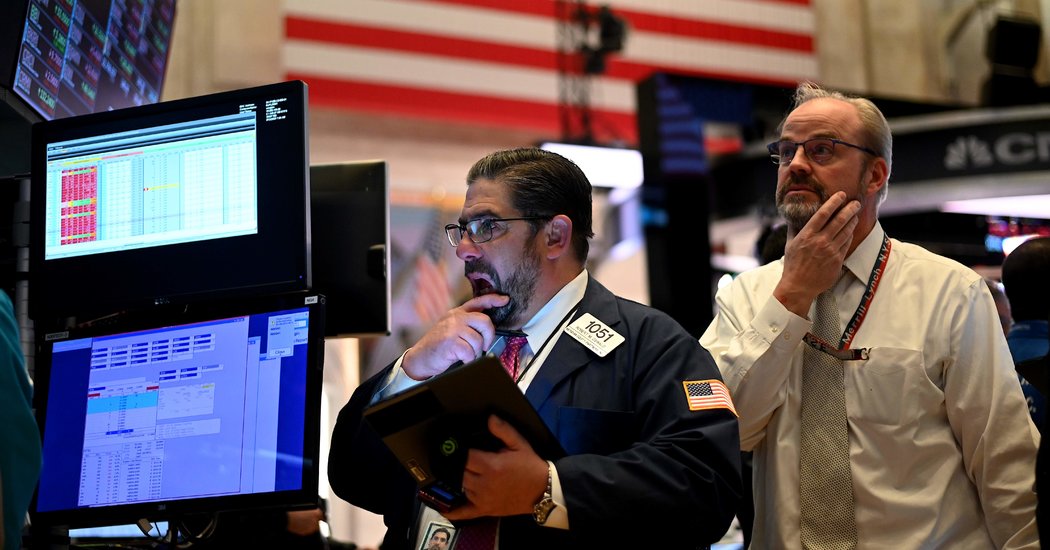 Just before midnight Wednesday, the Federal Reserve announced that it was offering emergency loans to help money market mutual funds, its latest effort to shore up the financial system.

Money market funds make up a $4 trillion industry and are an important source of financing for corporations. They are generally considered safer than other types of debt investments, but were a big problem during the 2008 financial crisis. And now, the coronavirus-related panic engulfing the markets has walloped one type of money market fund again.

What are money market mutual funds?

They are mutual funds run by big asset managers such as BlackRock that invest in short-term debt issued by the federal government, other government agencies and companies. Individuals and institutions invest in them with the expectation that they will get all their money back and a return that is usually slightly better than a bank account’s. Some money market funds invest primarily in government securities, while others, so-called prime funds, hold mostly a type of short-term debt issued by companies called commercial paper. The government funds have $3 trillion in assets, and the prime funds have $1 trillion, according to Crane Data, a research firm that tracks money market funds.

Why have they become a problem?

Investors are flocking to the funds that hold mostly government securities but they have been pulling money out of prime funds to invest in safer assets, like cash. Assets in institutional prime money market funds — in which businesses park their money — have declined by $80 billion, or 12 percent, since March 4, analysts at Barclays wrote Thursday.

When big withdrawals occur, the money market funds have to raise cash to pay investors who want to exit. To do that, they try to sell assets to banks, stop investing so much in commercial paper and make fewer short-term “repo” loans to Wall Street banks. The banks use these loans to help finance their huge inventories of stocks and bonds. Companies suddenly lose a source of borrowing, which may prompt them to draw down credit lines they have with banks. Wall Street firms also lose an important source of financing and, as a result, may sell or hold fewer securities, which can cause disruption in the markets.

What did the Fed do about it?

It set up loans that banks can use to finance the purchase of commercial paper and other assets from the prime money market funds. This means the funds will be able to find buyers for their assets and, as result, sufficient cash to pay investors who are exiting. The Treasury Department has agreed to protect the Fed from up to $10 billion of losses.

Will this be enough?

Most likely. The objective is to stop fear from feeding on itself. If the withdrawals from prime funds continue and stress remains in the commercial paper market, it’s possible that a money market fund might “break the buck.” That means the per-share value of a fund’s assets, usually very close to $1, falls below 99.5 cents. When that happened in 2008 to a money market fund that held Lehman Brothers debt, pandemonium ensued. The Fed’s new emergency loans, and separate support to the commercial paper market introduced on Tuesday, should stop that happening, experts say.

“These actions should save the money fund business,” said Peter Crane, the head of Crane Data. “They may have survived anyway, but it was looking pretty grim.”

Is it a bailout?

Congress and regulators overhauled the money market fund sector after the 2008 crisis to curb the unraveling that occurred in recent days. That the funds became a problem so quickly is a sign to some that the measures did not go far enough. One big remaining problem is that retail investors treat money market funds as if they were as safe as federally insured bank deposits, when it is clear they are not, said Gregg Gelzinis, senior policy analyst at the Center for American Progress.

“The post-2008 reforms didn’t fundamentally address the vulnerabilities that make money market mutual funds susceptible to runs in times of stress,” he wrote in an email.