Why We Can’t Foresee the Pandemic’s Long-Term Effects 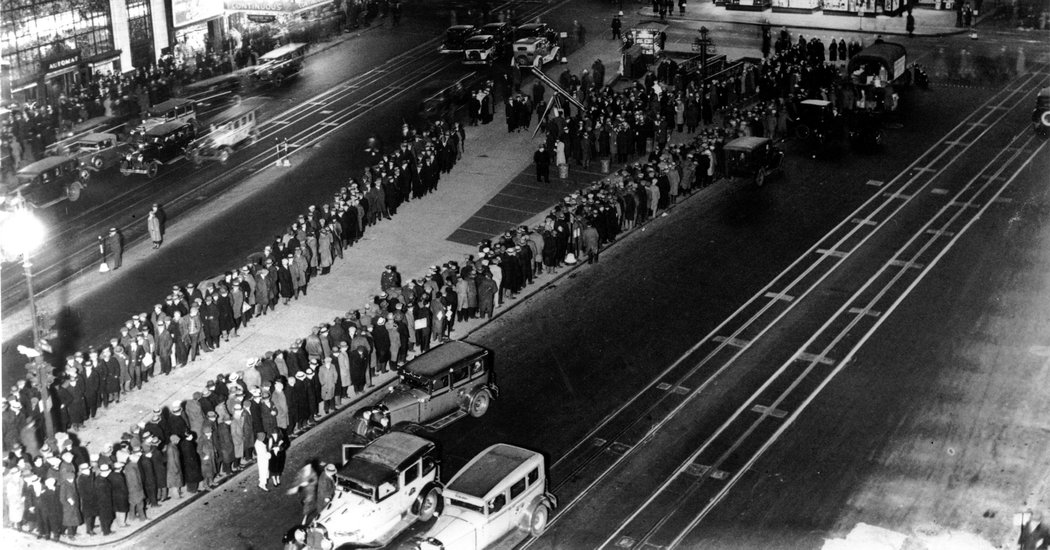 Longer-term analyses of the coronavirus pandemic emphasize that there is a good chance that it will fade within a year or two, especially if a vaccine or effective treatment appears.

I hope that’s true. But even if it is, I’m worried that the economy may not return to normal within that time frame.

Big events like a pandemic have the potential to leave behind a trail of disruption. They can create social discord, reduce people’s willingness to spend and take risks, destroy business momentum and shake confidence in the value of investments.

But episodes as far-reaching as this one are scarce, widely spaced in time, and so different in circumstances that statisticians cannot easily compare them systematically. The best we can do is examine some case studies.

The so-called Spanish flu, the influenza epidemic that started in 1918, which ultimately cost 675,000 American lives and millions around the world, is a reasonable place to start. While we know a great deal about that era, we don’t know enough to shed much light on current circumstances.

There was a recession in the United States from August 1918 to March 1919, according to the National Bureau of Economic Research, but not a deep one. Searching the newspapers of the time, one finds surprisingly little concern about the possible ill effects of the influenza on the economy, perhaps because the more-dominant narrative concerned the impact of World War I, which ended on November 11, 1918.

Yet a recent study by Robert Barro of Harvard University and his associates suggests that the epidemic along with the decline in production associated with the war led to a protracted decline in G.D.P. growth in affected countries from 1918 through 1920. In short, that period provides little comfort.

Perhaps more relevant to the current crisis is the Great Depression of 1929 to 1940, the biggest economic slowdown of modern history. From 1931 to 1940, the annual unemployment rate in the United States never fell below 12 percent. (In April this year, unemployment shot up to 14.7 percent.)

The conventional story is that the 1929 crash was the result of a stock market bubble in the 1920s. The Cyclically Adjusted Price Earnings Ratio, a stock valuation measure that I helped develop, reached 32.6 in 1929 (compared with 31.0 in January 2020). The Depression started in 1929 after a 23 percent crash in the Dow Jones industrial average over two days, Oct. 28 and 29. It created global social unrest around the world and the downturn only ended with World War II.

In 1929 many people expected the stock market to bounce right back and that decline was short-lived, in one sense: The market rose almost half the way back to its 1929 peak by April 1930. But it fell sharply again, and the crash set in motion a train of powerful narratives that resemble some of the popular notions that are circulating today.

Much as President Trump dismissed the seriousness of the Covid-19 pandemic in its early days, President Herbert Hoover made optimistic forecasts that proved to be wrong.

Much as people fret these days about extreme polarization between Democrats and Republicans, so too were people of that era concerned about extreme political divisiveness. After losing the 1932 election to Franklin Delano Roosevelt, for example, President Hoover, by then a lame duck, called F.D.R.’s plans a “march to Moscow.”

There are other troubling parallels: Fear of long-term unemployment and a never-ending depression was rampant back then, leading people to restrain spending, thus prolonging the downturn. This may not happen now, but it is a danger.

Much as now, in the Great Depression people were very focused on maintaining a “fair wage” in the face of economic distress. But this led to nationwide resistance to nominal wage cuts for anyone, even when retail prices were falling rapidly.

This appears to have had the unintended result of inducing employers, who could not afford to keep everyone working at their former wages, to lay off many people. The economists Harold L. Cole of the University of Pennsylvania and Lee E. Ohanian, of U.C.L.A., have shown that this may explain some of the extreme duration of Great Depression unemployment.

Another development back then may have resonance today. Faced with widespread poverty, even people with money voluntarily embraced austerity, saying they no longer needed to “keep up with the Joneses.” Their reduction in consumption helps to explain the severity and duration of the Depression. If contemporary culture shifts in a similar way, it could limit the economy’s ability to bounce back.

A series of concerns like these — some with echoes of the Great Depression, some newly forming and associated directly with worries about disease and infection — will be on millions of people’s minds long after the economy reopens. Such social narratives will affect their thinking on how to spend and invest, whether to go out to eat or attend sporting events, on whom to vote for, and whether to travel: multitudes of decisions, big and small, that determine the course of the economy.

It is too early to tell which narratives will prevail and what path the economy will take after this pandemic subsides. Limited case studies will take us only so far. But we shouldn’t be surprised if we see post-pandemic economic weakness over the next decade.

Robert J. Shiller is Sterling Professor of Economics at Yale.