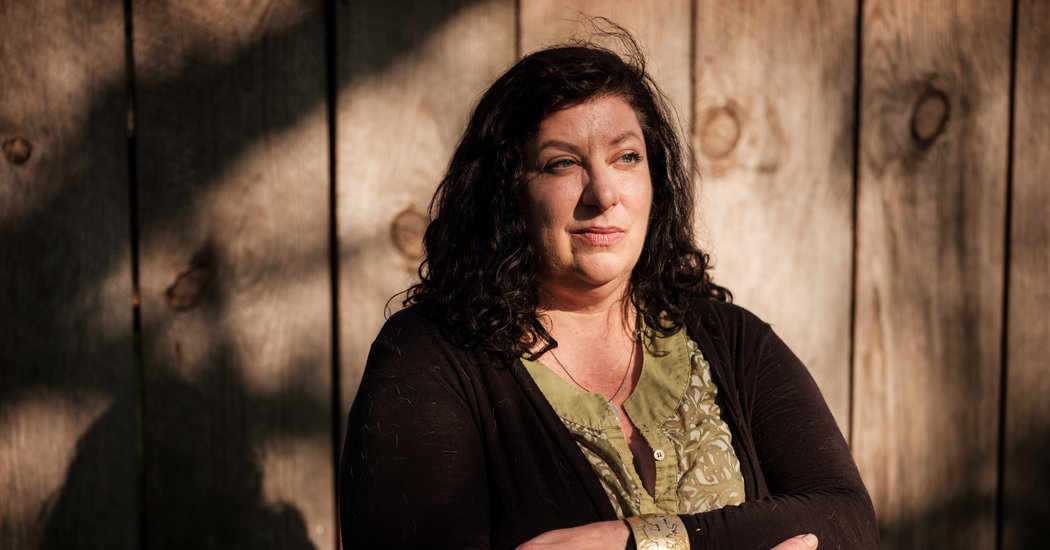 There were good reasons to be skeptical of her 20-year-old allegations: She’d changed her story and said some weird stuff, and even denied the whole thing under oath.

And while the candidate had his flaws, he’d never been accused of sexual assault.

So not everybody believed Juanita Broaddrick’s claim that Bill Clinton raped her.

“You cannot blame them,” Ms. Broaddrick told me on the phone Wednesday. “Here I had lied in the Paula Jones suit, and that naturally threw very harsh criticism toward me, rightfully.”

You don’t have to believe Mr. Clinton assaulted Juanita Broaddrick in 1978. If you’re a journalist, it doesn’t really matter what you believe, as long as you report what you know. But the handling of Ms. Broaddrick’s story was one of the most damaging media mistakes of the Clinton years. And the treatment of Mr. Clinton’s accusers by the Democratic Party and the media alike is one of the original sins that led to today’s divided, partisan news environment.

The mainstream American media in 1999, for reasons that are hard to explain or excuse today, got cold feet on a credible allegation of rape against the president. And after NBC News sat for weeks on an exclusive interview, Ms. Broaddrick went to the only people who would listen to her, Mr. Clinton’s partisan enemies at The Wall Street Journal’s editorial page. That move helped turn her straightforward allegation into a weaponized political story. And while Americans watching at home could make up their own minds about Ms. Broaddrick’s credibility, they were left with new reasons to shake their heads at the media.

The same thing is about to happen again. A former Senate aide for Joseph R. Biden Jr., Tara Reade, has accused the presumptive Democratic presidential nominee of sexually assaulting her in 1993. Reporters have found other accounts that indicate that she has been telling her version of events for a long time. There are, as with Ms. Broaddrick, reasons to doubt her story; there aren’t good reasons not to hear her out. As The Times’s executive editor, Dean Baquet, told me in an interview two week ago, Ms. Reade has “standing.”

And yet, Ms. Reade told me Wednesday that the only offers she’s had to appear on television have come from Fox News, including a call from the prime time host Sean Hannity. She has so far turned them down.

CNN and MSNBC, whose DNA — even in a pandemic — is politics, have covered her on their websites but haven’t put her on camera.

“They’re not offering to put me on TV — they’re just doing stories,” Ms. Reade told me. “No anchors, no nothing like that.” She’d most like to tell her story to a network television anchor she admires — CBS’s Gayle King is one, she said — but they haven’t called.

So she’s planning to accept Fox News’s offer for an interview to air this weekend, she said, with “someone a little more up the middle.” She declined to say who, but a person who has spoken to her said Ms. Reade is in talks with Chris Wallace.

The booking would be a coup for the conservative network, and give its on-air hosts a club with which to beat a mainstream media that can’t quite explain why it won’t book Ms. Reade, while Julie Swetnick, a woman with a shaky claim against a Supreme Court nominee, got airtime during a prime time evening broadcast.

Some of the reasons this story seems muffled right now are fairly straightforward: The global coronavirus pandemic has eclipsed almost everything else. There’s also the way Ms. Reade first tried getting attention, mostly on Twitter, “stumbling forward with no PR person and no attorney,” she said. (“I emailed Ronan Farrow like four times to the point of stalking and I didn’t hear back,” she added. “Now of course he’s one of the investigative reporters on this.”)

Then she found partisans willing to hear her out. First it was among supporters of Bernie Sanders, like the podcast host Katie Halper, who put Ms. Reade on her show. Then The Intercept, a news website whose enmity for Mr. Biden is a powerfully motivating force, reported that a friend and brother of Ms. Reade’s recalled her describing the incident.

The traditional media, including The Times reporters Lisa Lerer and Sydney Ember, waded in carefully. Then the fast-moving news site Business Insider reported other details that gave further weight to Ms. Reade’s story. The reporter, Rich McHugh, had taken the story to Vanity Fair first, which declined to publish it, a spokesperson for Vanity Fair confirmed. The broadcast television networks, CNN, and MSNBC, have covered the story on their websites, while Fox News has covered developments breathlessly on air and online.

There’s still no clear explanation, however, for why Ms. Reade hasn’t been on mainstream TV. Representatives for CNN and MSNBC declined to explain why they haven’t booked a woman who is, whether you believe her or not, one of the few newsmakers right now who could cut through the pandemic.

Their posture is all the more strange because, at this point, it’s essentially symbolic. In 1999, you could argue that NBC’s decision to hold back Lisa Myers’s interview with Ms. Broaddrick had real political consequences: Taped in January, as the Senate took up impeachment charges against Mr. Clinton, it did not air until after the Senate voted not to impeach the president in February. (Curiously, the only version online now is on the website of a conservative group.) Back then, the only way Americans were going to hear her voice was on television.

But these days, if you want to judge Ms. Reade’s story you can listen to her original podcast interview with Katie Halper, or watch her on the populist Hill.TV online show Rising, or the leftist public radio show Democracy Now!

So the decisions by networks of how and whether to cover her have fewer consequences for how she’s viewed, or even how Mr. Biden is viewed, than they do for how Americans view the media.

“Typically, in a situation like this, media outlets would be competing intensely for the first major on-camera interview, yet the only network calling Reade is Fox News,” said Ryan Grim, the Washington bureau chief for The Intercept, who has championed Ms. Reade’s story. “That the media isn’t more concerned about the image ignoring this story creates, and the fodder it gives to cynical actors like Donald Trump Jr., gleefully parading the media’s hypocrisy, suggests a potentially destructive lack of self-awareness.”

There’s still time for the biggest American outlets to own the story, as some print and digital organizations have begun to. They could investigate and break news that supports or undermines Ms. Reade’s account, they could interview Mr. Biden directly or they could give Ms. Reade herself a hearing.

The alternative scenario is that Ms. Reade’s allegation will become like Ms. Broaddrick’s. “The rest of the mainstream media either ignored, dismissed or misrepresented her story, which was shameful,” Ms. Myers, now retired from NBC, told me in a direct message on Twitter. “Many things have damaged the credibility of the mainstream media, but the obvious double standard in coverage of sexual misconduct allegations against politicians is high on the list.”

Ms. Broaddrick’s name vanished into the right-wing media and out of the official narrative — then boomeranged back hard during the 2016 election, against the Clintons and against the media. Ms. Broaddrick embraced Donald J. Trump as a vehicle for her retribution. She showed up at a presidential debate, ironically as a kind of a shield against well-reported allegations that Mr. Trump had assaulted women.

On Wednesday, Ms. Broaddrick, now 77, told me that she has been talking and texting with Ms. Reade, warning her that this is going to be hard.

“It’s the same stuff all over again,” she said in a phone interview from her home in Arkansas. “People have got to learn that it doesn’t matter who somebody supports — if they can be vetted and investigated and we find that it’s credible allegations then it doesn’t matter what their political preference is.”

As for Ms. Reade, she says she knows many people won’t believe her, or even really give her a hearing.

“I think there are people who are hard-wired to not believe it and that’s OK — they need to be able to justify their vote, and I have sympathy for that,” she said.

Others, of course, will believe her reflexively.

Journalists cannot predict how viewers might react to television interviews with Ms. Reade, or where their reporting on her claims will lead. They don’t have to. They should just make sure their audience knows they’re reporting hard, and doing the work with an open mind.