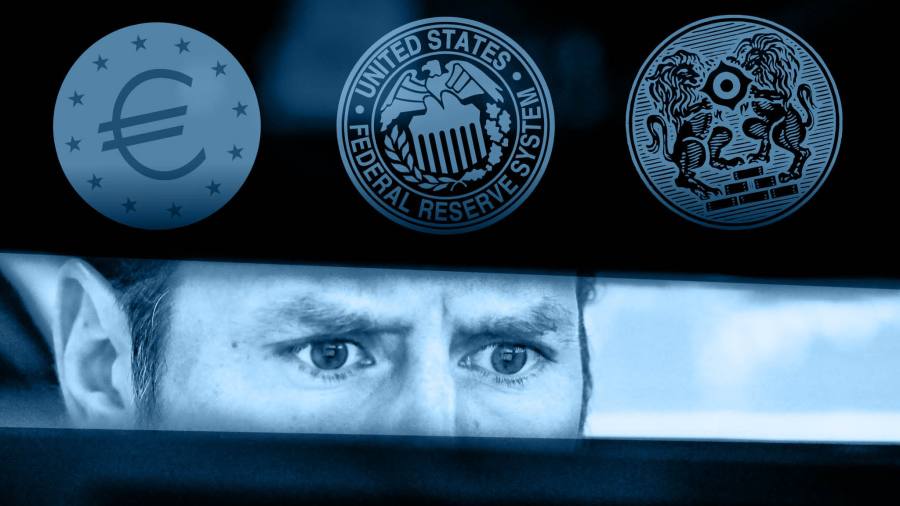 Will the Fed do more to boost financial markets?

As the US Federal Reserve convenes on Tuesday for its scheduled two-day monetary policy meeting — the first since emergency meetings last month to address the market turmoil caused by the coronavirus pandemic — investors will be looking for indications of further support measures.

Last month, the Fed announced an array of measures that included slashing policy rates to near-zero, launching an unlimited asset-purchase programme for US Treasuries and agency mortgage-backed securities, easing certain rules for banks and co-ordinating with select central banks to lower the cost of borrowing dollars internationally.

In the days and weeks that followed, the Fed stepped in to shore up the $1.1tn market for commercial paper, used by companies to raise short-term cash, and lent support to the markets for corporate debt and municipal debt, among others.

It also set up facilities to help small businesses and households, in conjunction with efforts by Congress to provide a historic amount of relief in the form of loans and direct cash transfers. Many of these facilities are yet to get under way, and analysts are keen to find out when they will do so.

Investors are also looking for guidance as to where the Fed still sees signs of strain, even as trading conditions broadly stabilise. Some are eager for the Fed to intervene more aggressively in the $4tn municipal bond market, where states and cities raise cash. Others see a need for more support to credit markets, specifically for high-yield borrowers. Colby Smith

What options remain for the ECB?

The European Central Bank has been doing everything it can to try to soften the economic blow from the pandemic. But with economic activity falling and Italy’s borrowing costs on the rise again this month, the pressure is on the ECB to deliver yet more at its meeting on Thursday.

The bank, led by Christine Lagarde, last month ramped up its quantitative easing programme with an announcement of a further €750bn of bond-buying, and has also loosened many of the restrictions previously governing such purchases. On Wednesday it also eased restrictions on the collateral banks can put up in exchange for liquidity, meaning it will now accept the bonds of “fallen angels” — companies that have lost their top-quality credit ratings.

Nevertheless, many economists expect the ECB to increase the scale of its bond-buying further, or even include riskier high-yield bonds, as the US Federal Reserve has done.

“We doubt that policymakers will tolerate peripheral sovereign spreads remaining so high for very long,” said Capital Economics’ Oliver Jones, who expects the bank to increase its programme soon.

Investors can also expect renewed calls by the ECB for eurozone governments to spend more to kick-start their economies. Such calls have faced some backlash in northern countries that oppose the issuance of shared debt to fund support for hard-hit countries.

“There’s a tug of war with the fiscal authorities,” said Tim Drayson, head of economics at Legal & General Investment Management, who expects the ECB to reiterate its call for fiscal stimulus.

“There’s been such a shortfall in aggregate demand that the fiscal authorities are the only actors in the economy that can close some of that gap,” he added. Laurence Fletcher

What further action will the Bank of Japan take?

The Bank of Japan’s monetary policy meeting on Monday will provide a deeper insight into the central bank’s increasingly unorthodox measures, and provide important clues as to what it might do next.

At its last monetary policy meeting in mid-March, when global markets were tanking, the BoJ resisted the temptation to push interest rates deeper into negative territory. Instead, in a shock-and-awe effort to convince investors of its firepower, it aggressively raised the amount of exchange traded funds that it could theoretically buy.

Across the 27 trading sessions since that meeting, the central bank has purchased very close to ¥2tn ($18bn) of exchange traded funds in its efforts to support the market in the face of global turmoil. In some quarters this mighty effort has been seen as a qualified success, given that the Nikkei 225 benchmark is now about 14 per cent higher than it was then.

The central bank’s strategy at this point, says Naoya Oshikubo, senior economist at SuMi Trust, will be to assess the results of its previous interventions before working out whether it now needs to do more.

“Unless we see further market deterioration, such as the yen strengthening to below ¥100 against the US dollar, it is highly unlikely that the BoJ will dig deeper into negative rates. Doing so would have significant side-effects, including a negative impact on the earnings of financial institutions, further destabilising the financial system,” said Mr Oshikubo. The dollar/yen rate was about ¥107.5 on Friday. Leo Lewis