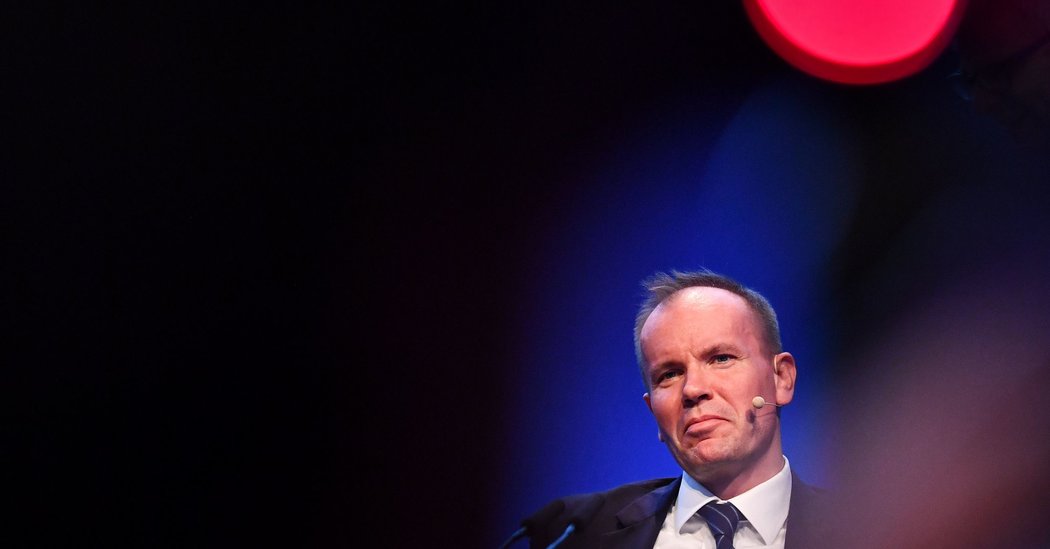 The former chief executive of Wirecard, a German electronic payment platform, was arrested in Munich on Tuesday after the company admitted that 1.9 billion euros ($2.1 billion) missing from its accounts probably “do not exist.”

Markus Braun, who resigned as chief executive on Friday, traveled from Vienna to Germany late Monday and turned himself into the authorities after the Munich state attorney filed a petition for an arrest warrant on suspicion of market manipulation.

Mr. Braun built Wirecard from a small Bavarian start-up into a darling of the financial technology sector that grew so dominant that it knocked Germany’s Commerzbank out of the DAX stock market index in 2018. But its shares have tumbled over 80 percent in recent days after the company’s board disclosed that its auditors, EY, formerly Ernst & Young, couldn’t locate accounts containing nearly 2 billion euros and postponed its annual report.

Mr. Braun resigned Friday as chief executive officer and was replaced by James Freis, a former compliance officer at Germany’s stock exchange who was hired only the day before to serve on the company’s management board.

Mr. Braun’s downfall as a combative executive hailed in the German corporate world was precipitated by a series of reports in The Financial Times over the last year questioning accounting irregularities in the company’s Asian operations. Wirecard disputed the reports, calling them “fake news” and claiming it was under attack by speculators.

Mr. Braun has not yet been formally charged with a crime, but he may be kept in jail for up to six months pending charges, according to the Munich prosecutor’s office.