With Kids Learning From Home, Children’s Publishers See a Spike 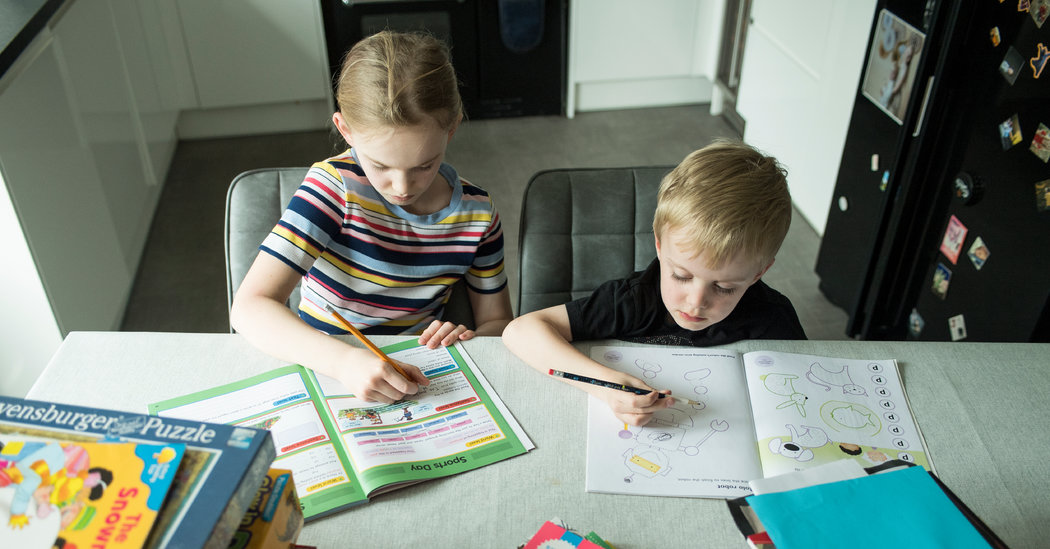 The top-selling book on Amazon at the moment comes with a completion certificate for readers that says: “Great Job! You’re #1.”

It’s a 320-page activity book for 3- to 5-year-olds, designed to help them master shapes, colors and letters of the alphabet, and it’s recently surged ahead of best-selling novels like “Where the Crawdads Sing” and “Little Fires Everywhere.”

“So much fun! And is helping along with our Covid-19 home schooling!” one customer wrote in a five-star review of the book, “Big Preschool.”

It’s no surprise that such books are suddenly selling in vast quantities. As schools across the United States shut down in an effort to slow the spread of coronavirus, millions of parents find themselves cooped up with bored, restless children. And on top of feeding and entertaining their offspring, parents are suddenly expected to educate them as well.

Schools all over the country have created virtual classrooms online, but many parents, it seems, are turning to analog solutions. Sales of reading and writing workbooks, flash cards, activity books and guides for at-home science experiments have skyrocketed in the wake of school closures.

Sales of juvenile nonfiction in the categories of education, reference and language rose by nearly 40 percent during the week ending March 14, according to NPD BookScan. Some of the top-selling titles include “Big Kindergarten” and “Big Second Grade,” from School Zone Publishing. “Parent orders are flooding in,” said Jonathan Hoffman, the president and chief executive of School Zone.

That category was a stark outlier during an otherwise dismal time for most publishers: Physical book sales across all categories fell by 10 percent in that same period, a drop that was likely driven by business closures and social distancing measures. Children’s fiction fell by 15 percent the week ending March 14, while adult fiction dropped 4 percent, according to NPD.

Like other businesses, the publishing industry has been pummeled by growing economic turmoil stemming from the pandemic. As malls close and a growing number of state governments order nonessential businesses to shut down, major chains like Barnes & Noble are struggling. A growing number of independent bookstores have temporarily shuttered and laid off staff.

Around half the books on Amazon’s top 100 print best-seller list are educational kids’ books and activity books, with titles like “Little Kids First Big Book of Why” and “Awesome Science Experiments for Kids.”

“This demand is at a level that we’ve never seen before,” said Dan Reynolds, the chief executive of Workman Publishing, which publishes educational workbooks like the Brain Quest and Big Fat Notebook series.

In the past two weeks, Workman has ordered reprints of about 3 million copies of those two series to fill large orders from Amazon, Barnes & Noble, Costco, Target, Walmart and independent bookstores, as well as orders from Canada and Britain, Mr. Reynolds said. Workman also recently ordered another 985,000 copies of its Paint By Sticker activity book series.

Rene Holderman, a children’s books buyer at Third Place Books in Lake Forest Park, Wash., said customers began snapping up Brain Quest titles and arts and crafts books after public and private schools throughout the state were ordered to close on March 13. One customer spent $200 on kids’ workbooks in a single visit, Ms. Holderman said. Customer interest was so strong that Ms. Holderman created a display area of children’s workbooks and crafts in the store, which closed for the time being on Monday afternoon after the governor issued a stay-at-home order.

The publisher Scholastic has seen a spike in sales for its Scholastic Early Learners, Bob Books and flashcard kits. Sales of Scholastic’s workbooks were up by 70 percent during the week ending in March 14, compared to the same period last year, a spokeswoman said.

Since the website launched on March 13, it’s gotten around 30 million page views. Lauren Tarshis, the senior vice president and editor in chief of Scholastic Classroom Magazines, said that when the first schools closed in early March, the company began pulling together resources for educators who had to quickly create online curriculums, as well as for parents thrown into the position of home schooling their children.

“You’re not only suddenly having to wear a teacher’s hat, you’re managing enormous stresses and working remotely yourself,” she said.

Noemi Fleming, who works for a software company and lives in Columbus, Ohio, bought a handful of Brain Quest books for her 5-year-old daughter, Viviana, whose private preschool shut down. Ms. Fleming and her husband, who works in I.T. for the Defense Department, take turns caring for Viviana throughout the day, and have moved their computers into her playroom, where they all sit around the same table. While her parents send emails and work remotely, Viviana fills in five or six pages of her Brain Quest workbook. “She calls it her work,” Ms. Fleming said.

Ms. Fleming said it took a little coaxing to convince her daughter to take her workbook assignments seriously, and to refrain from scribbling all over the pages. “We told her a white lie,” she said. “We told her that her teacher was going to check her book.”