‘Working People Want Real Change’: A Union Chief Sounds Off on the Crisis 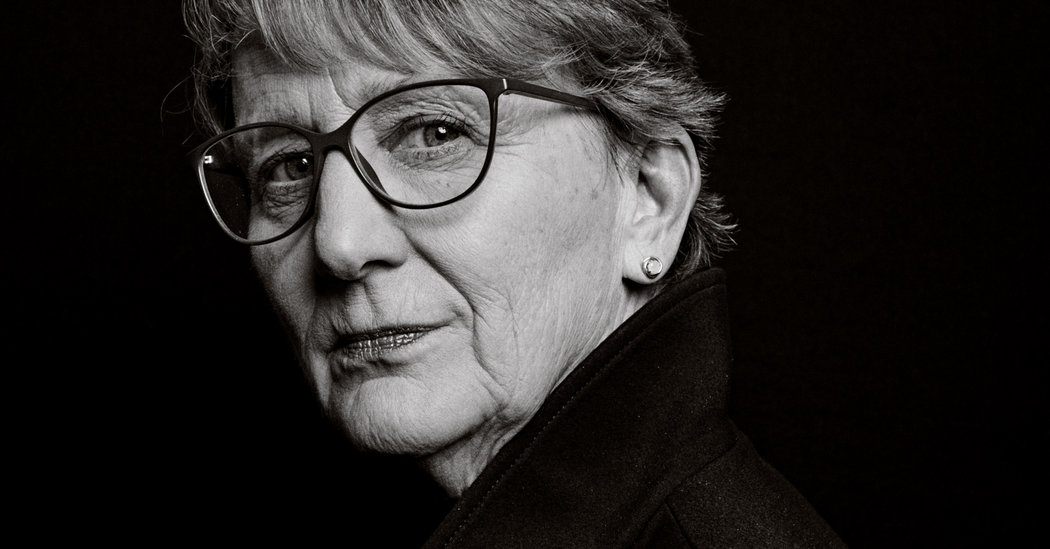 Growing up as the oldest girl among 10 siblings in a large Catholic family in Detroit, Mary Kay Henry learned the power of collective action at an early age. Sometimes, she and her older brother would have to get all their siblings ready for school, packing lunches, getting kids dressed and shepherding everyone on to the bus.

“When there’s a group that shares a mission and everybody has a job to do, things that seem impossible are possible,” she said. “That’s my guiding star.”

Today, as international president of the Service Employees International Union, Ms. Henry leads nearly two million American janitors, health care workers and teachers, many of them on the front lines of the coronavirus pandemic.

She joined the S.E.I.U. shortly after graduating from college. During her 40 years with the organization, she has watched as the power of organized labor was steadily eroded and income inequality ballooned, leaving many of her members behind. Now, the pandemic is taking an outsize toll on the essential workers represented by the S.E.I.U.

Yet Ms. Henry also believes that the crisis is such a profound disruption to the economy that it could summon the political will and business community support needed for structural reforms that could benefit everyday workers and begin to close the wealth gap.

This conversation, which was condensed and edited for clarity, was part of a series of live Corner Office calls discussing business during the pandemic. Visit timesevents.nytimes.com to join upcoming calls.

How are you doing?

I’m balancing unspeakable grief with outrage, given what essential workers are facing on the front lines of this pandemic. And I am inspired by the ways some employers and governments are coming together to do their very best to protect the health and safety of working people, and the customers or patients that they serve.

Let’s start with the outrage. What is bugging you right now?

The last 12 weeks has been a shock to our system. We’ve had more Americans die than during the Vietnam War. We’ve had too many black and brown people on the front lines of this pandemic without the proper protective equipment, and therefore being infected and dying at rates that are totally unacceptable. This has laid bare the racial and economic injustice that existed long before coronavirus hit our nation.

And there are people who are in essential jobs, even today, who don’t have the personal protective equipment they need, the paid sick leave guaranteed so they can self-quarantine, and the testing to know whether or not they’ve been exposed.

Talk about the grief. I know that this is not abstract for you.

One of the first deaths that I heard about in Michigan was of a woman who I’ve known for 25 years. She was a leader in her nursing home in the downtown Detroit, and a leader in that union, where she did a lot of traveling and talking to other nursing home workers in other parts of the country about why they should join the union. She wasn’t just a name or a photo, but a relationship that I’ve lost. And there’s scores of others.

This virus seems to be disproportionately impacting your membership.

Yes. At least 75 percent of our members have been working throughout the pandemic. Everybody’s been impacted, but our members are the ones that we are applauding as a nation every night. Because they’ve been showing up and trying to do their very best to do their job.

How did we get to a place where so many workers seem to lack the protections and the wages and the health care that they need?

The short version of it is that for the past 40 years there has been a concerted attack on government and on unions and on holding corporations accountable through taxes and regulation. That has revealed the deepest cracks in the system that we’ve seen in our lifetime. And that’s why this shock to our system that’s happened in the past 12 weeks, I think, is leading to this moment being a reckoning, where it’s woken us up to the depth of the economic and racial inequality crisis that existed long before more than 33 million people lost their jobs. Too many people are dying and being infected from Covid-19, and 64 million Americans earn less than $15 an hour and can barely make ends meet by living paycheck to paycheck.

This is a time where we have to choose: Are we going to return to a status quo that was not good for the overwhelming majority of American families? Or are we going to use this shock to our system to create the real structural change that we need to rewrite the rules in health care, the environment, immigration and our economic systems to allow everybody to live healthy and safe lives, where our children can do better than we’ve done in this generation?

Some aspects of that conversation had begun before this crisis started. Even corporations had begun singing a different tune in recent years, saying that they should address the needs of communities and all stakeholders, including the environment and workers, not just shareholders. Do you think business leaders will live up to some of the lofty promises they had begun making in recent years?

It’s up for grabs. I’ve seen early signals where mayors and governors around the country are willing to call employers and workers to a table together to think about what health and safety standards do we need. And we’re seeing openness too by the part of employers and government, which want to ensure the public safety so that people can feel comfortable coming out and beginning to spend again. So I actually think that possibilities are limitless.

Because we’re not going to go back to the economy the way it is. We’ve just had trillions of dollars of federal money invested in all parts of our economy. What are we going to do with that investment that addresses the deep racial and economic inequality, and creates a way for every family to thrive once and for all?

What are the biggest obstacles to achieving that kind of change?

One hurdle is our politics that are so polarized. It’s clear that Republican leadership in the Senate does not want to hold corporations accountable. But I think that’s overcomable by showing in cities and states that when we get employers, workers and government coming together to solve problems, we can flourish.

Another is the fact that we now have 33 million people unemployed. We have a lot of work that needs doing now that we didn’t have before Covid-19. So how creative are we going to get as a nation in getting hundreds of thousands of janitors trained up and ready to provide services across retail and fast food?

There’s so much that we could do together as a nation that will both get people back to work, keep workers’ health and safety, and kick-start the economy in ways that are far more equal and equitable for every family.

You’re in touch with the leadership of the Democratic Party. How have their views on worker protections and organized labor changed over these last few months?

I’ve seen big movement at every level of government, not just with the Biden campaign, but with mayors and governors who are in touch with their citizens and want to do the right thing by all people. If we’re going to do the right thing we have to get incredibly bold in thinking about change in health care and in workers’ organization. People being able to join together and advocate for themselves and problem solve with their employers is key to returning to a nation where everyone can be safe and healthy.

You can’t use the policy ideas you were talking about during the primary to address the depth of this crisis. And I believe the Biden campaign and mayors and governors are going to rise to the occasion. But I don’t think it’s going to be because of their own political will. I think it’s because workers are fed up, and they’re in the streets demanding bold transformative change from McDonald’s, from Amazon, from Instacart and Uber. All the major corporations need to be a part of this solution.

We hear a lot about the companies who unfortunately are not treating their workers particularly well. Are there any companies doing right by their employees right now?

I’ve heard that Kaiser Permanente and AT&T are doing really good work. We have many individual nursing homeowners that are doing their level best to scrap and claw for personal protective equipment in a system that’s been under-resourced for far too long.

And then there are nonunion employers that I was impressed by. Starbucks committed to 30 days of no changes in benefits or pay as they were trying to get their sea legs on what to do next. But this is a moment in the country that we’ve not ever experienced before. We have to call on the best parts of our civil society in our nation to put our elbows on the table and figure out how to solve the most pernicious inequality of our lifetime that’s only been exacerbated by this pandemic.

Where are you on the spectrum, from optimism to despair?

My optimism about this moment has been sobered by the death and the illness and the government and corporate irresponsibility. But it doesn’t stop me from renewing my faith in the ability of us to join together and make big change. Because as grave as the threats are to our economy and democracy, I think that possibility has grown tenfold in the last 12 weeks. And I’m incredibly inspired that that possibility is being fueled by the worker strikes and the activism that is growing. Because working people understand that if you’re considering them essential, then why are they living in poverty after working 80 and 100 hours a week? If you’re considering them essential, then why do they have to go to the federal government to insist their employer gives them two weeks of paid sick leave if I am showing signs of the virus?

If they are essential, why is it that they have to scratch and claw for health care that they can’t afford? This life-and-death situation that we’ve now all been thrust into has opened up possibilities. Working people want real change, and that I think makes me more optimistic than ever that the change isn’t going to be incremental, and that gives me incredible hope.