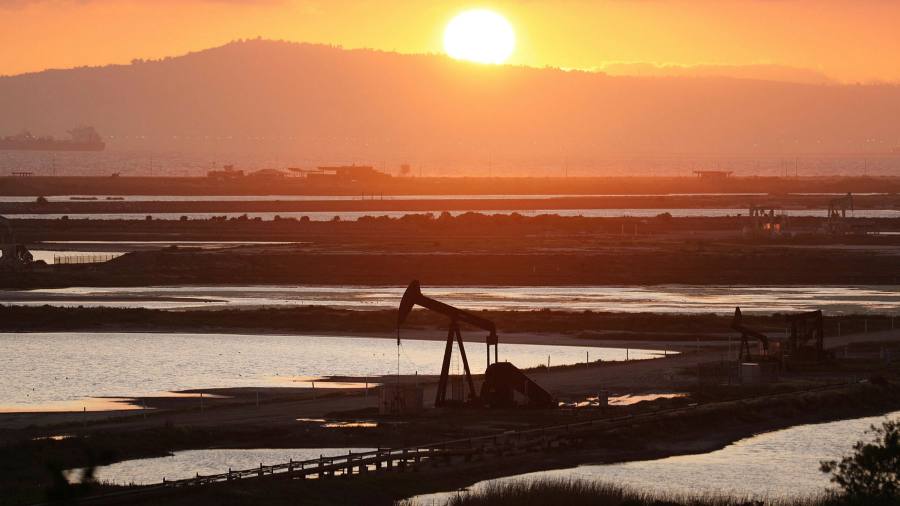 The world’s largest oil-backed exchange-traded fund has been forced to make far-reaching changes to its portfolio, after below-zero crude prices raised the spectre of unlimited losses for investors and its holdings ballooned to almost a quarter of the benchmark US futures market.

The United States Oil Fund, an ETF with more than $4bn in assets, said it would shift money out of the West Texas Intermediate futures contract set to expire in June, in favour of later-dated contracts and possibly even other kinds of energy derivatives.

The shake-up comes after two days of chaotic trading in oil markets, in which it had taken in more than half a billion dollars in new money.

West Texas Intermediate crude futures registered negative prices for the first time in history on Monday. The low of minus $37.63 a barrel in the contract for May delivery raised the prospect that the June contract could follow suit as producers run out of tanks to store oil.

The fund cited “extraordinary market conditions in the crude oil markets”, for its decision to revamp its portfolio, and in particular the extraordinarily sharp discount for prices of crude for imminent delivery.

Because USO sells out of oil contracts well before they expire, there is no risk that it could be forced to take physical oil deliveries. However, traders said large positions of funds such as USO were having an impact on oil prices.

On Tuesday USO exited some June futures, saying in a filing that it would now keep 55 per cent of its holdings in July and another 5 per cent in August. The June contract nosedived in price, settling at $11.57, down 43 per cent on the day.

USO’s filing, late in the trading day on Tuesday, warned the fund could also make unannounced purchases of other types of contracts including off-exchange energy derivatives that could cause “significant tracking deviations” from its WTI benchmark.

USO has proven to be a poor investment for long-term holders. But below-zero oil prices now prompt a question unanswered in its prospectus: what happens if underlying futures fall below zero?

Its latest prospectus warned potential investors of a “total loss” in light of oil markets’ notorious volatility, but did not mention the risk of negative oil prices.

“The right answer is we just don’t know who is on the hook. We just never anticipated this,” said an adviser who worked on the fund’s launch in 2006.

Most futures traders place bets on margin, committing a minimum amount of collateral to cover daily losses. USO is 100 per cent collateralised, with nearly $5bn in cash and ultrasafe investments backing its futures positions, according to its website.

But May-delivery US oil futures fell more than 300 per cent on Monday.

USO manager United States Commodity Funds did not respond to requests for comment.

The pressure on USO was evident earlier on Tuesday when it disclosed it would not be able issue new shares until it received approval from the US Securities and Exchange Commission. The recent flood of cash from investors had overwhelmed USO’s inventory of shares to offer to the market.

The pause will prevent USO from becoming an even bigger part of the oil futures markets, said John Hyland, USO’s former chief investment officer, who is now an independent ETF consultant.

“They can’t increase their number of contracts any more because they can’t issue new shares,” he said.

Mr Hyland said that CME historically had a “soft limit” on USO’s holdings of 25 per cent of any WTI futures contract. Exchange officials would start talking to the fund’s managers “every week” once its holdings rose to about 20 per cent of contracts outstanding.

“They don’t have to tell you to stop at 25, but they will certainly want to have a discussion about [how we] manage this process,” Mr Hyland said.

CME had no immediate comment on its interactions with USO.