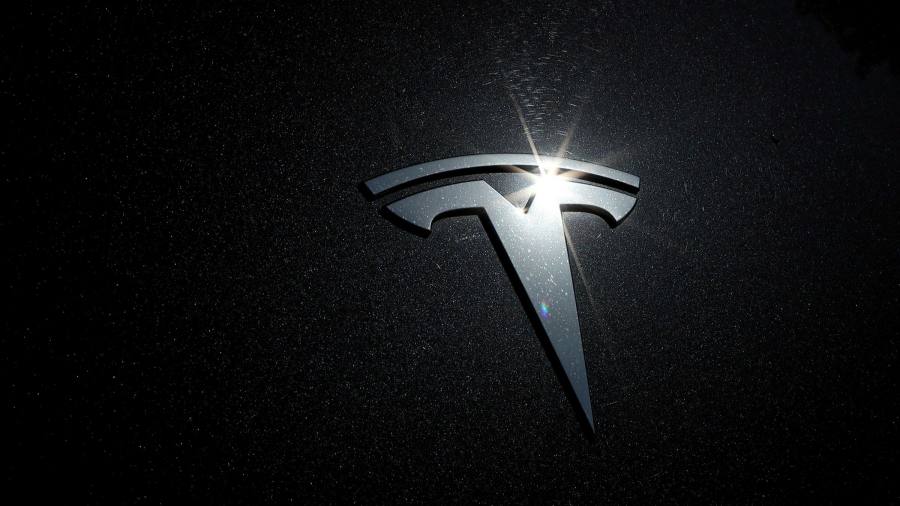 Elon Musk summed up his reaction to Wall Street’s latest bout of euphoria over his electric car company in one word this week: “Wow.”

The Tesla boss’s brief tweet came late on Monday in response to a new projection from analysts at Piper Sandler that Tesla was worth $2,332 a share. It was a massive reset from their previous estimate of $939 — but this year’s powerful rally has forced even some of Mr Musk’s biggest fans on Wall Street into a drastic re-evaluation to keep pace.

Tesla’s shares hit an intraday high of more than $1,790 on Monday before falling back, or more than four times the low point they touched during the March sell-off. At its market capitalisation peak of $320bn, that valued the company — which was haunted by bankruptcy concerns little more than a year ago — at 50 per cent more than Toyota, only two weeks after overtaking the Japanese company to become the world’s most highly valued carmaker.

The Tesla share price surge has turned into the most eye-catching oddity in a summer marked by a powerful and counterintuitive stock market rally. It has also touched off a war of words between Tesla supporters — including Piper Sandler — searching for new ways to explain and justify the soaring valuation, and market watchers who see clear signs of a bubble.

Mr Musk himself has struggled to digest the massive jump. At the start of May, with the stock at about $780, he sparked a 12 per cent sell-off by tweeting: “Tesla stock price is too high imo.”

Most Wall Street analysts have also had trouble keeping up, despite repeatedly boosting their forecasts in the wake of Tesla’s rise. The average share price target has risen 36 per cent since the start of May, according to data compiled by Bloomberg, but at $843.66 it is still 45 per cent below the current price, or double the gap that existed two months ago.

Sceptics warn that the past two weeks of the rally have shown the classic pattern of a “melt-up”, as investors chase the stock higher out of fear of missing out and momentum trading takes over.

Chris Beauchamp, chief market analyst at IG Group, said Tesla’s share price had become “detached from all fundamentals” but that the market “seems not to care”. This mentality can “unwind very quickly”, he said, and “huge growth comes with a huge potential downside”.

In one indication of how the sharp rally has caught the attention of retail investors, the number of investment accounts at US share dealing service Robinhood that hold Tesla stock doubled since the start of June, to about 480,000.

Purchases by short-sellers to cover some of their losing bets during the latest leg of the rally have added to the buying pressure. Yet the bears are hardly capitulating. In fact, the value of the short positions in Tesla hit $21.47bn on Monday, a record for any US company and about $5bn higher than Apple reached late last year, according to financial data firm S3 Partners.

Mark Spiegel, managing member of Stanphyl Capital, is among the speculators who have bought back shares to limit the size of their bet, in his fund’s case at 5 per cent of the portfolio.

“To maintain that percentage we’ve had to cover some shares as Tesla’s price skyrocketed higher, but will reinstate them on the stock’s [fall] back down to oblivion,” Mr Spiegel said.

Despite the signs of market excess, Tesla’s powerful stock market performance points to a sea-change in how Wall Street views the company. The change of heart started in October, when Tesla reported a surprisingly strong quarterly performance, and then picked up momentum after the market’s coronavirus sell-off this year, as the troubles at other carmakers eased concerns about the growing competitive pressure on Tesla.

For most carmakers, “it’s gotten a lot harder in the last four months — they are distracted and there has been some pullback”, said Mark Wakefield, managing director at AlixPartners. “So it’s like everyone took a step back on their overall business, but Tesla didn’t have to.”

He added, however, that traditional carmakers had largely shielded their electric vehicle investment plans in the downturn, even as they cut back on other initiatives, signalling that the market remains a high priority.

The growing interest in electric vehicles and the talk among global policymakers about a “green” recovery from the recession also makes Tesla “perfectly positioned to capitalise on those market changes better than their competitors”, said Ama Seery, an analyst at Janus Henderson.

The company’s stronger operational and financial performance, meanwhile, has led analysts such as Piper Sandler to argue that it would be able to build up a bigger leader over rivals trying to break into the EV market, giving it a much bigger market share in the long term.

If it can maintain its momentum and capitalise on its scale advantages as the market’s first mover, it could eventually force many traditional carmakers “to restructure or go out of business” a decade from now, added Gene Munster, at Loup Ventures.

As for the retail investors who have backed Mr Musk wholeheartedly through his ups and downs with Wall Street, the rally has been sweet.

“I’m feeling a lot of validation,” said Galileo Russell, who began buying the stock in 2016 and has seen a $35,000 investment swell to more than $250,000. Wall Street was finally waking up to the fact that Tesla is not just another carmaker, he added, but a software-enabled business that will overturn the old economics of the business.

Far from selling, Mr Russell said he planned to hold the shares on the expectation that Tesla’s valuation is now on the way to $1tn.