Your Food Is in the Mail 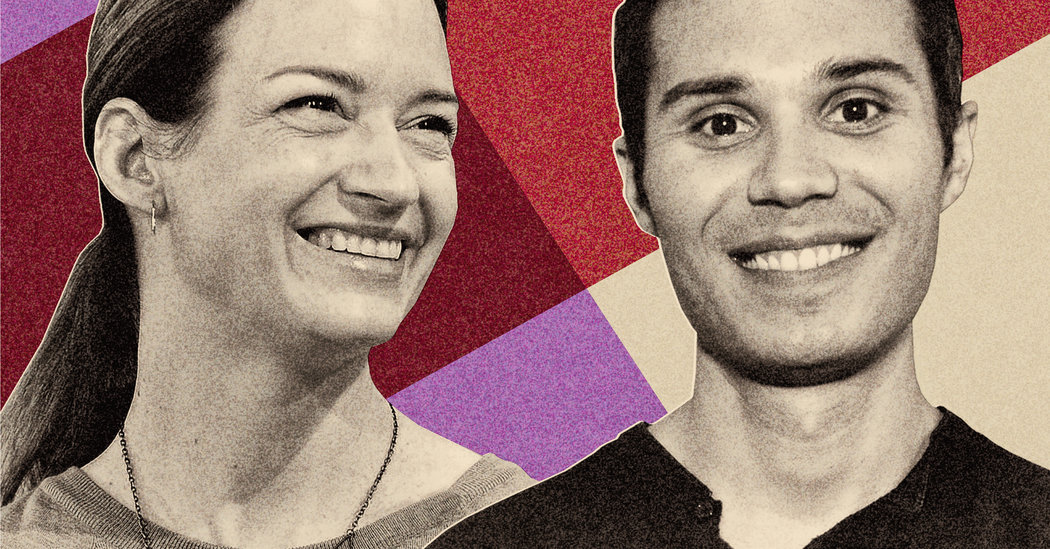 It started with hoarding. As the coronavirus began to spread across the United States, shoppers stocked up on toilet paper and canned food. Then, as restaurants closed and simply venturing out became a health hazard, people began cooking more meals at home.

These trends have had profound implications for companies like Blue Apron, which sends meal kits to more than 350,000 subscribers, and Thrive Market, an online provider of healthy foods and eco-friendly home cleaning products with more than 800,000 members.

But in the past months, both executives have been scrambling to keep up with the crushing demand while tending to the sanitizing of their fulfillment centers, a wave of new hiring and a supply chain in flux.

This conversation, which was condensed and edited for clarity, was part of a series of new live Corner Office calls discussing business during the pandemic. Visit timesevents.nytimes.com to join upcoming calls.

DAVID GELLES Linda, as the crisis intensified, what did you start to do differently in your offices and at your fulfillment centers?

LINDA FINDLEY KOZLOWSKI In early March, when we started seeing more and more evidence of spread in the United States, we enhanced our already very stringent food safety rigor to make sure that we could be prepared for anything that would be coming our way. We started implementing additional protocols that were specific to what the advice was from the Centers for Disease Control and from the Food and Drug Administration. We implemented additional hand washing. We implemented additional cleanings, daily deep cleanings, nightly checks on making sure that we were using additional chemical substances that were recommended by the C.D.C. on all major touch points and, of course, enforcing social distancing, starting in the facility.

Our main goal was making sure that we could, as much as possible, keep all of our employees safe but, more importantly, make sure that they felt comfortable coming to work and putting together a product that was critical for so many people.

GELLES Nick, what did you do as you started to see community spread in California, where you’re headquartered? What steps did you take to ensure that your fulfillment centers were not going to be a vector for this disease?

NICK GREEN We feel the responsibility to our team members every bit as much as we do to our customers. I can remember getting up at an all-hands at the end of February and saying really clearly in no uncertain terms: “Our No. 1 priority has to be the safety of our employees. If you can’t stay safe, we’re not going to be able to continue shipping products to our members.”

The mandate that I gave to the teams in the fulfillment centers was, “What do we have to do, not just to be a safe place to work during this pandemic but actually the safest place to work?” Hopefully everyone is trying to reach that superlative, but it was really set in motion for us, this idea that there’s no compromises. This has to be the first, second and third priority.

By mid-March, we made full-station wipe-downs mandatory during the shift. We rearranged parts of the warehouse so workers could have more space. We staggered breaks so that people weren’t clustered in the break rooms. And we started doing full-facility clean-downs between shifts.

GELLES Linda, what has the demand looked like at Blue Apron over the last couple of months?

KOZLOWSKI Toward the end of March and really into the beginning of April is when we saw about a 27 percent uptick in demand. The demand not only came from new customers coming in, but actually a lot of it was from existing customers who were engaging more deeply with the service and people who had previously tried the service coming back and using us again.

GELLES Have you increased your marketing spend at all as a result of this?

KOZLOWSKI In the very early days of this, we actually turned off any sort of acquisition marketing spend and focused those marketing dollars more on how do we retain and engage existing customers, serve them better, give them the information they need and frankly, also, just help them be more comfortable staying at home. For example, what to do with your kids on the weekend, recipes for breakfast, things that just help people adapt to this new world.

GELLES Nick, what has demand been like at Thrive Market?

GREEN We really saw two waves of demand, and they were very distinct. The first I call the bunker-building wave, if you will, or the preppers. That was the very end of February, early March, until the stay-at-home orders went into place. That was very acute demand on a handful of specific products and categories — hand sanitizer, toilet paper, surface cleaners. We placed a purchase order for toilet paper that was larger than every purchase order we had placed in the last three years combined. We saw an 80-times spike in demand for hand sanitizer, so we went through six months of hand sanitizer in about three days. Pretty insane stuff.

The second wave of demand is during the stay-at-home order, and that’s the one that we’re still in right now. Unlike the first wave, which I think was hitting offline and online retailers probably similarly, this one has really been that shift online as people are trying to avoid going out and replicate their normal grocery shopping, but do it all online.

GELLES Linda, have you encountered any disruptions to your supply chain?

KOZLOWSKI The original concept behind Blue Apron was that direct connection to the ingredients. Seventy percent of what we source comes directly from the producers and goes straight into our fulfillment centers and into the boxes. That process really allows us to have very, very tight control on our supply chain.

GELLES Nick, how have you had to change your hiring practices in the last couple of months to adjust to this new moment?

GREEN We’ve been able to actually ramp up, hiring over 350 people, literally hiring more people so far in this crisis than we’ve hired in the last year and a half across our facilities.

But it’s been extraordinarily challenging. To double the size of our fulfillment center staff in the course of two months — we were not going to be able to do that with our typical onboarding and hiring practices. So we had to bring in agencies, so they can actually vet people even before they come into the building. We’ve been very careful about looking at the prior work history of people so that they’re not coming from a facility that’s actually had an outbreak. And we’ve been very careful in terms of the questions they have to answer affirmatively or negatively before they even come in for an interview, that they haven’t been exposed, that they’re, obviously, asymptomatic.

The reality is that stuff slows us down. It does disqualify people. You lose some good people, along with people that may have been at risk. But it’s the right thing to do. We maybe could’ve ramped up faster, but when people are taking some risk to come into work every day to serve in an essential service, and they’re doing so because they trust that you’re looking out for their safety, you have to stand up and take that responsibility extremely seriously.

GELLES Linda, are you seeing trends now that you think might inform how people cook and eat in the future?

KOZLOWSKI People are more confident in the kitchen than they used to be before, and more than half of them intend to cook at home more than they did before Covid-19, even as things start to settle down.

I think it’s important to acknowledge that what we’ve been through and what we continue to go through is traumatic, and so people are going to be looking for the things that matter, the things that are most important to them, how to connect with friends and family in the safest ways possible. Even as things start to open up, it is going to take time for things to return to whatever the new normal is. We are anticipating a sustained amount of demand that comes out of this.

GELLES Nick, what are you seeing now that tells you about what Thrive will look like in the future?

GREEN I’ve actually told our whole team that what we’ve seen in some sense over the last couple of months is the future state of our demand. We’re just seeing today what we expected to see in 2022 or 2023. It’s actually been a terrific opportunity for us to stress-test the business and see the parts that scale really easily, see the parts that don’t and lean into this moment for our mission around transparency and communication with our members.