Zillow: New listings for homes are down 27% from a year ago, amid the coronavirus pandemic 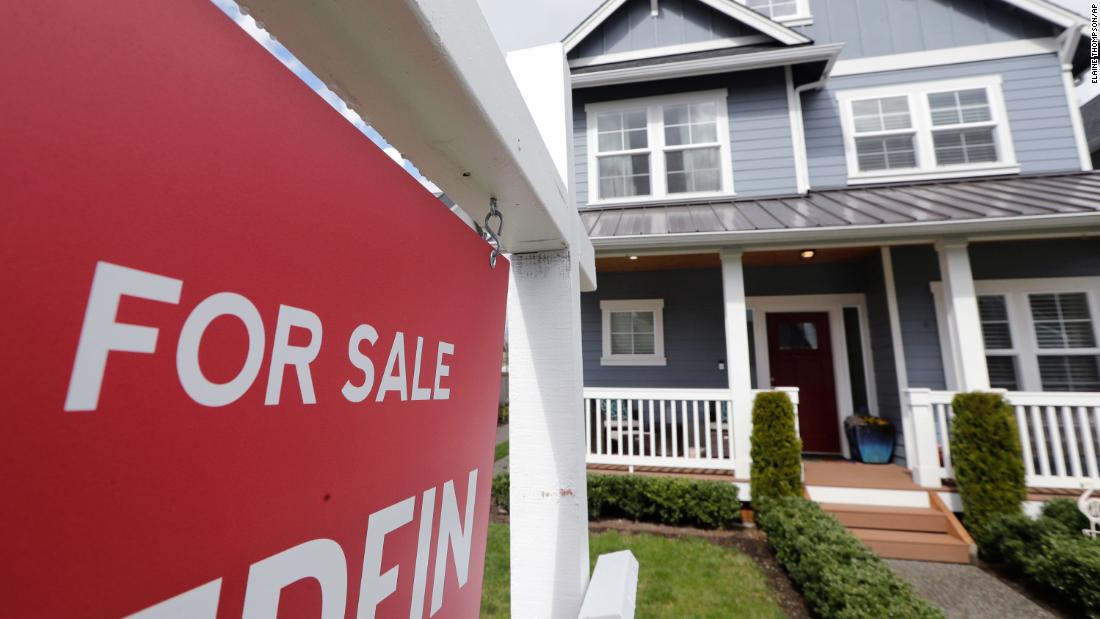 New listings for homes have fallen significantly, according to new data released by Zillow Thursday.
The number of newly listed homes during the first week of April was down 27% compared to the same time a year ago, Zillow’s (Z) analysis found. The drop is especially pronounced in cities that have been hard hit by coronavirus: new listings as of April 5 were down nearly 57% year-over-year in New York City, the epicenter of the US outbreak.

“It is clear that many would-be home sellers are adopting a wait-and-see approach as uncertainty continues to rule,” Skylar Olsen, senior principal economist at Zillow, said in a statement.

The digital real estate company analyzed listings of single-family, condominium and cooperative homes to create the report. Zillow’s site compiles for-sale by agent listings from a variety of sources, as well as for-sale by owner and new construction listings, onto its platform.
In February, before the coronavirus outbreak had really taken hold in the United States, home values were up almost 4% annually, and the rate of growth was up from the prior month for the first time in nearly two years, Zillow found. Other economic indicators were strong, too — at the time, the US unemployment rate was still at its historic low of 3.5%. All of that meant the housing market looked poised for a solid busy season.
But on February 28, the Centers for Disease Control recorded the first US coronavirus case of unknown origin, and the country’s outbreak rapidly proliferated from there. As businesses shuttered, cities and states issued stay-at-home orders and record numbers of people filed for unemployment claims, the housing market also took a hit.

The effects were more dramatic in certain areas. Detroit, Pittsburgh, New York and Philadelphia experienced the greatest year-over-year declines in new listings as of April 5.

“Our understanding of US economic conditions is changing weekly, if not daily, and early unemployment figures are striking, so it’s understandable that some are hesitant to put their home on the market,” Olsen said.

Buyers may be hesitant, too.

Zillow found that the total inventory of homes for sale grew 2.5% from March 1 to April 5, which the company said “indicates homes have been sitting on the market for longer while buyers have pulled back.” In Seattle, the first US city to experience a major coronavirus outbreak, total inventory is up almost 38% over the month because homes aren’t selling.
Fewer people looking to buy new homes could be an issue for Zillow, which has made a big bet on purchasing and selling homes itself over the past two years.

But Olsen said he expects the downturn will ease as the coronavirus crisis does.

“It is possible that this year’s busy home shopping season is pushed into winter as some opt to hang back but activity continues from those who need to buy or sell for a job move or another major life event,” Olsen said. “What’s not likely is that the bulk of potential home sellers and buyers simply throw up their hands and pull back from the market entirely.”