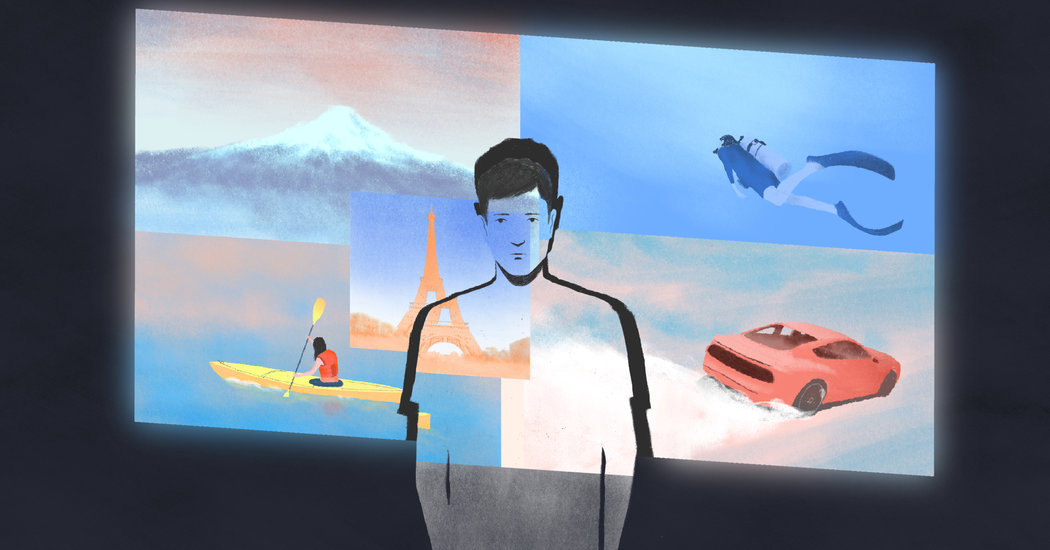 China’s version of the “OK boomer” clash began when a famous middle-age actor praised the younger generation as if the country’s teenagers and 20-somethings were heaven-sent gifts.

“All those people who complain that each generation is worse than the last should look at you the way I’m looking at you — full of admiration,” said He Bing, a film and television star with a baritone voice, in a commercial for a Chinese online video service.

“Because of you,” he said, “the world likes China more.”

The commercial, shown online and on state-run television, provoked an immediate nationwide backlash. Today’s youths are too brainwashed, too nationalistic and too eager to snitch on professors and other public figures who don’t toe the Communist Party line, said prominent members of China’s “boomer” generation, who remember a time when the country seemed more open and accepting.

Many in the younger generation looked at the images on the commercial of affluent, happy young people and didn’t recognize themselves. China’s biggest boom years are over, many think. China’s older generation, having amassed all the money and power, is simply trying to co-opt them with flattery.

“There are still young people in China without cellphone or internet connection,” a viewer wrote on Bilibili, the video website that made the commercial, in a comment that received more than 16,000 likes. “Young Chinese should think hard about who we are, how we are faring and what we want. Don’t be fooled by outside voices.”

The clash playing out across the Chinese internet over the past week amounts to a debate about the future of the world’s other superpower — specifically, for the minds and the souls of China’s younger generation. These tensions have been simmering for a long time, but the coronavirus outbreak — and the Chinese government’s propaganda campaign to play down its initial missteps — have brought those tensions to the fore.

Every society has its generational differences, but in China they are stark.

China’s boomers, who were born in the 1960s and 1970s, are as lucky as the American baby boomers born after World War II. China was opening up after nearly 30 years of political turmoil and economic mismanagement under Mao Zedong. Jobs were plentiful. Housing was cheap. And while the party kept an iron grip on political power, society began to open up to new ideas. Before they were blocked beginning about a decade ago, we could use Google and Wikipedia and read The New York Times’s website. The future seemed bright.

China is a very different country now, especially for Chinese people born after 1990, or China’s Generation Z. Its economy in recent months shrank for the first time since the Mao era as the country grappled with the coronavirus. One estimate put the unemployment rate at 20 percent. At the same time, housing in major cities is as out of reach for members of Generation Z as it is for their contemporaries in New York and San Francisco.

China may be the second-largest economy in the world and have more billionaires than the United States, but the real disposable personal income per capita in 2019 was only $4,334, just one-tenth that of Americans’.

Chinese state media is trying to distract the youth from these realities. The Bilibili video’s message is in line with Beijing’s to the young generation: You’re lucky to live in China today, and you should shout down critical voices. The People’s Daily, the Communist Party’s official newspaper, its tabloid the Global Times and many other official media outlets shared the video on social media, even though it’s a commercial for a private internet company.

The Bilibili commercial — timed for May 4, a government-endorsed day for commemorating patriotic youth — was a sensation. It was ranked the No. 1 video on Bilibili’s own platform, with more than 20 million views for the week. On Weibo, the Twitter-like social media platform, it was viewed 50 million times. Bilibili, which has 130 million users, saw its stock price rise by 11 percent in three days.

But some young people aren’t buying it. On Bilibili and other social media platforms, many wrote that the video was for the haves, not the have-nots. It also confused the freedom to consume, they said, with the freedom to make choices based on free will.

“The speech reminded me of the flattering tricks the adults played when I was little,” Cheng Xinyu, a high school senior in the southwestern city of Chengdu, said in an interview. “Like, ‘You’re so good that you certainly won’t eat that candy.’”

The video’s description of her generation’s free choices? “I just laughed when that part came up,” Ms. Cheng said.

Further underscoring the wealth gap, some posted on Bilibili’s comments section Article 1 of the Chinese Constitution: “The People’s Republic of China is a socialist state under the people’s democratic dictatorship led by the working class and based on the alliance of workers and peasants.”

Many older people recoiled at the lionization of a generation in which many members, accustomed to a life of propaganda, blindly defend the government.

Many young people are among those who have used the “traitor” to describe Fang Fang, the Wuhan-based writer who kept an online diary about the city under lockdown and demanded accountability. These young warriors have reported at least two professors who support Fang Fang to their universities.

“We who were born after 1995 pledge that we will not follow the likes of Fang Fang,” said the most-liked comment on the Global Times Weibo post of the Bilibili video. “We will bring down those sinners.”

They argue on China’s behalf on the world stage as well, sometimes using software to bypass the censorship infrastructure for access to Twitter, Facebook and YouTube. Their belligerence prompted some boomers to compare them to Mao’s Red Guards during the Cultural Revolution, with some using the mocking nickname “little pinks.”

Many boomers felt compelled to speak out.

“I’m that person who says every day that this generation is worse than mine,” Su Qing, a journalist, wrote in a line-by-line rebuttal of Mr. He’s speech. “I don’t envy you.”

Mr. Su mocked Mr. He’s contention that young Chinese people have access to all the knowledge that the world has to offer and the freedom to make choices.

“Congratulations! You have the rights to criticize the United States and the traitors. Everything else is 404,” he wrote, referring to the error message for censored web pages and sites.

“Because of your overseas online expeditions, the world knows that there are radical young people in China,” he wrote. “The world had only seen such young people in Germany in the past.”

Li Houchen, a former internet executive and now a podcast host, urged people to boycott Bilibili, saying the video is part of the “propaganda business.”

In an emotional podcast, he accused the members of the young generation of indulging in consumerism and becoming the tool and mouthpiece of the authorities, saying they had become the “henchmen” of the system by reporting people they disagree with to the authorities. “Of course, your generation is worse than mine.”

If anything, it’s the age of uncertainty and enormous challenges, Mr. Li argued.