Devastating job losses: Here’s who got hit the hardest 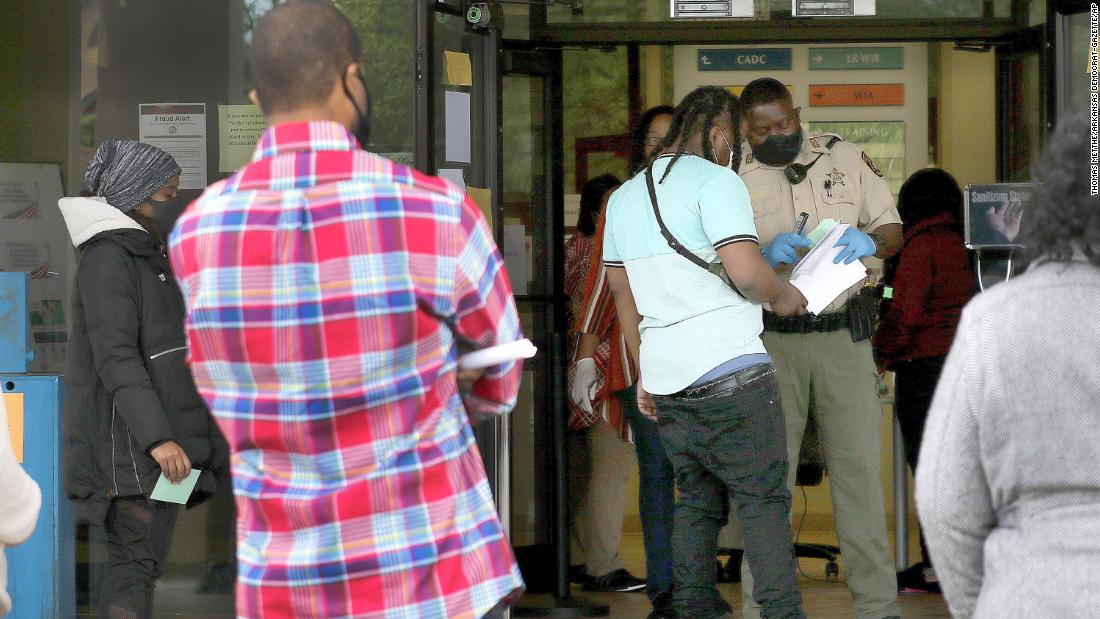 The unemployment rate for black Americans soared to 16.7% in April, nearly triple the rate in February and the highest since early 2010, according to Bureau of Labor Statistics data released Friday. Hispanic workers’ jobless rate hit a record 18.9%, up from 4.4% two months earlier.

“This recession is particularly hard on minorities and women given their representation in the industries that are hardest hit, everything from leisure and hospitality, retail and health care,” said Diane Swonk, chief economist at Grant Thornton.

Adult women’s unemployment rate quintupled in April to 15.5%, while the rate for adult men nearly tripled to 13%. And the teen unemployment rate more than tripled between February and April to nearly 32%. All three were record highs.

The pandemic has devastated the American jobs landscape. Most major industries shed millions of positions.
Nearly half of restaurant and hospitality workers lost their jobs last month as the coronavirus sparked sweeping closures and curtailments of eating and drinking establishments and hotels.

Employment in leisure and hospitality plummeted by 7.7 million, or 47%. Nearly three-quarters of the decline took place in food services and drinking places, but jobs were also lost in arts, entertainment, recreation and accommodation.

Health care was not immune to the destruction, even as the pandemic drove many ill Americans to seek care at hospitals. The sector lost 1.4 million jobs, particularly in dentist and doctor offices — whose patients stayed home amid fears of catching or spreading the coronavirus. More than 500,000 dental jobs vanished last month.

Some 97% of dental offices nationwide were closed for routine care in late April, and 87% reduced some or all of their staffs, said Marko Vujicic, chief economist at the American Dental Association. Many are now reopening, but patient volume is only a little more than a quarter of what it was before the pandemic.

Although states are beginning to reopen, economists say it will take time for businesses to resume operations -— and some may never return.

“The reality is you need to have an economy that’s strong enough to bring them back,” Swonk said. “In a world where it’s very difficult, there is no ‘Field of Dreams’ moment where you build it or open it and they will come.”