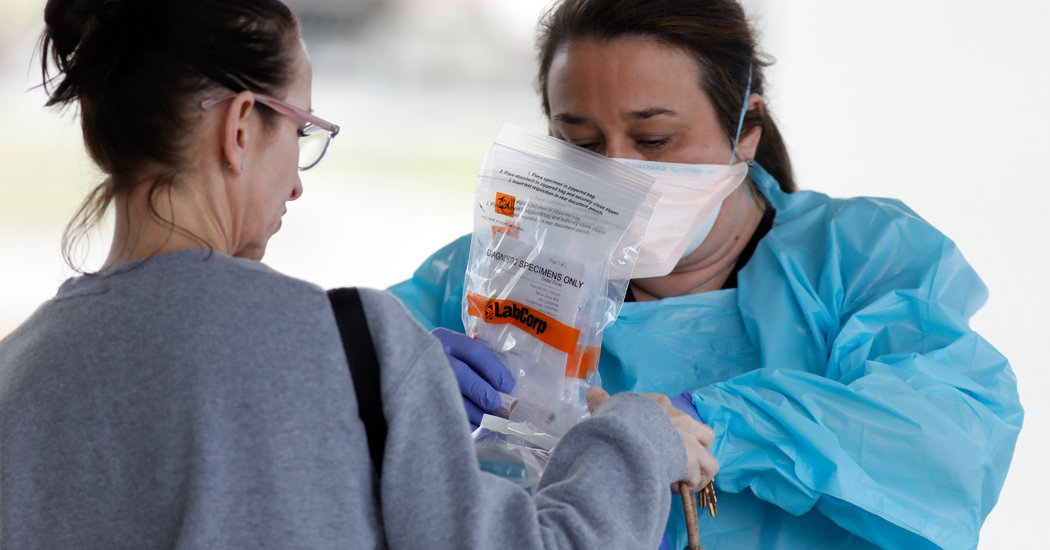 The Food and Drug Administration on Tuesday said it had granted emergency approval to the first in-home test for Covid-19, a nasal swab kit that will be sold by LabCorp.

The agency said that LabCorp had submitted data showing the home test is as safe and accurate as a sample collection at a doctor’s office, hospital or other testing site.

“With this action, there is now a convenient and reliable option for patient sample collection from the comfort and safety of their home,” Dr. Stephen M. Hahn, the F.D.A. commissioner, said in a statement.

Patients will swab their own nose using a testing kit sent by the company, and will mail it in an insulated package back to the company. The test, called the Pixel, will be available to consumers in most states, with a doctor’s order, the agency said.

LabCorp said that it would first make the tests available to health care workers and emergency workers who may have been exposed to Covid-19 or be symptomatic, and that it would be making the self-collection kits available to consumers “in the coming weeks.” The company also noted that because the tests are done by consumers in their own home, it would cut down on the demand for masks and other protective equipment that is usually needed to collect testing specimens.

The company said the test will cost $119. Consumers will have to pay out of pocket for the test, a company spokesman said, and see if their insurer will reimburse them.

As the virus spread in the United States, several companies rushed unauthorized home kits to the market, even though the F.D.A. had said it had not evaluated whether they worked properly.

Many of those companies then suspended their marketing of the kits. But one company, Vault, which normally sells testosterone to men, began advertising a Covid-19 kit using saliva on April 14. The F.D.A. has not approved that company to sell a testing kit, and a notice on Vault’s website said the tests are currently unavailable until at least Wednesday.