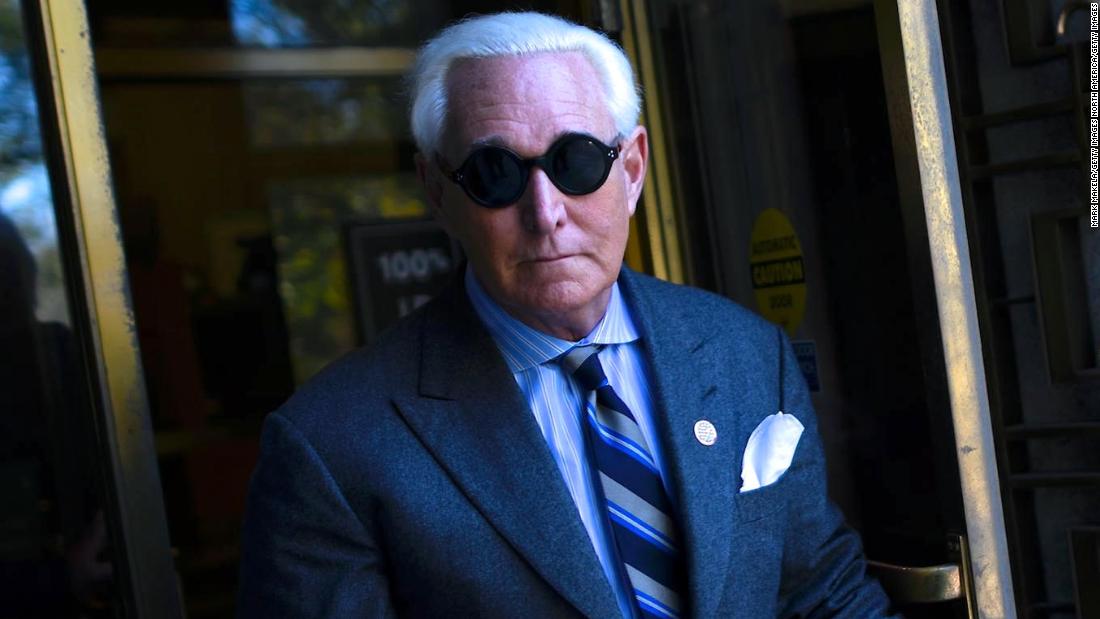 The pages posted about the hacked materials released by Wikileaks ahead of the 2016 presidential election, politics in Florida, and Roger Stone himself, among other topics, Facebook said. The pages were also active around the time of Stone’s trial in 2019, said Nathaniel Gleicher, Facebook’s head of security policy, in a press call Wednesday.

“We first started looking into this network as part of our investigation into the Proud Boys’ attempts to return to Facebook after we had designated and banned them from the platform,” Gleicher wrote in a blog post Wednesday. Facebook banned the Proud Boys from its platform in 2018.

“Our investigation linked this network to Roger Stone and his associates,” he added. Several of those pages had links to Proud Boys, he said. Facebook found no links between these pages and foreign entities.

Gleicher said some of the accounts posed as residents of Florida and would “post and comment on their own content to make it appear more popular than it is.”

“We identified the full scope of this network following the recent public release of search warrants pertaining to the investigation by Special Counsel Robert Mueller in response to a joint petition from The New York Times, CNN, the Associated Press, The Washington Post, and Politico,” he added.

Based on those search warrants, CNN reported in April about the federal investigation into Stone’s activities on Facebook. According to court records, Stone’s assistant said Stone purchased “a couple hundred fake Facebook accounts” in 2016 and used them to promote leaked Democratic documents that would help the Trump campaign. The network was also spreading content countering the US government’s findings that Russian hackers stole from Democrats and later gave hacked documents to WikiLeaks for publication—which Stone had also pursued behind the scenes.
Stone’s longstanding connection to the Proud Boys has been well-documented. Members of the group attended court hearings last year, forming a core support group for Stone and his family members during the trial, CNN has reported.
The announcement by Facebook comes six days before Stone is scheduled to surrender at a federal prison in Georgia to serve a 40-month sentence. A jury in Washington, DC, found him guilty of seven charges last November, for lying to and obstructing Congress and threatening a witness, regarding his attempts to contact WikiLeaks in the 2016 election as a way to help the Trump campaign. Stone lied, prosecutors said, in part to protect the President.

Stone has been particularly active in recent days, as speculation has swirled that President Donald Trump could pardon him or commute his sentence, preventing him from going to prison.

A certified Roger Stone account on the alternative social media site Parler shared news of his banning Wednesday afternoon, along with a quote: “We have been exposing the railroad job that was so deep and so obvious during my trial, which is why they must silence me. As they will soon learn, I cannot and will not be silenced.”

Stone was booted from Twitter in 2017 but found a new home on Instagram, spreading wild conspiracy theories about the Mueller investigation and his own criminal case. In recent weeks, Stone has repeatedly posted about his upcoming prison term and publicly asked Trump for a pardon.

Stone has a history of posting inflammatory messages on social media — to the point where a judge ordered him to remain silent and stopped his use of some social media accounts during his court proceedings.

Even while he was under the gag order, Stone dabbled in online propaganda, prosecutors said and CNN has found.