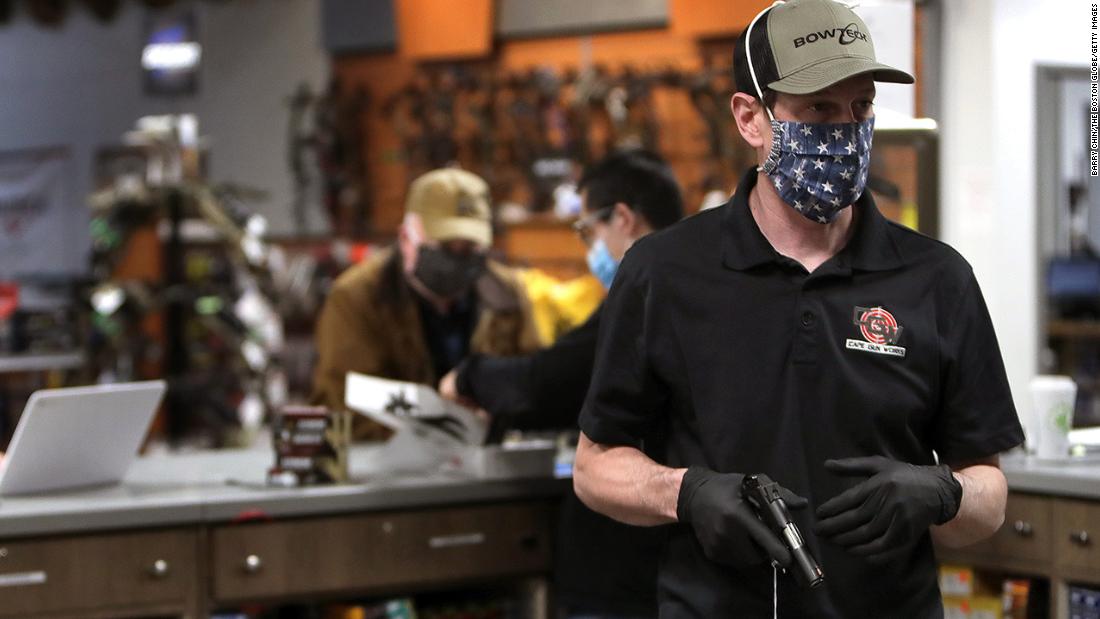 Those circumstances and the rise of the Defund the Police movement championed by Black Lives Matter activists have led to higher sales for firearms and ammunition dealers.

Firearms dealers across the country have reported a recent spike in sales, citing the unrest following police brutality protests in support of George Floyd and calls to defund the police as catalysts, according to gun industry analyst Rob Southwick, founder of the market research firm Southwick Associates Inc.

“Anything that can cause people to feel unsafe in relation to possible physical crime to self, others and property can drive firearm sales,” Southwick told CNN Business.

Background checks for firearms purchases reached an all-time high in March and maintained record highs for April and May, according to the National Shooting Sports Foundation, a firearms trade association that monitors gun sale-related background checks to track industry trends.

Semi-automatic handguns outpaced shotguns by a two-to-one margin as the weapons of choice among first-time gun buyers, according to gun merchants surveyed by NSSF.

The latest national background check stats won’t be available until July, but since Floyd’s death on Memorial Day, NSSF Director of Public Affairs Mark Oliva said gun sellers have reported a sales spike similar to the one caused by the coronavirus.

“You’re seeing a reaction to people’s concerns about being able to provide safety for themselves and the ones that they love,” Oliva told CNN Business.

More than 6.5 million gun-sale background checks were conducted from January 1 through April 30, according to the latest NSSF research, which showed a 48% year-over-year rise from the same period in 2019. Firearms retailers surveyed by NSSF in May estimated that 40% of their sales came from first-time gun buyers.

Oliva said 40% of those first-time gun buyers were women, a relatively high rate for that demographic group. Although gun sales have been up across the country, a rise in first-time gun buyers in left-leaning states like California have helped fuel the national uptick in firearms and ammunition purchases, he noted.

“People are coming off the fences and the sidelines and they’re making decisions with their wallets about where they are in this debate about firearms ownership,” Oliva said.

“We’ve gotten a lot of new customers,” Blitz told the local newspaper. “The protests started happening and then people just started getting nervous.”