Investors in US Treasuries contemplate yields tumbling to zero 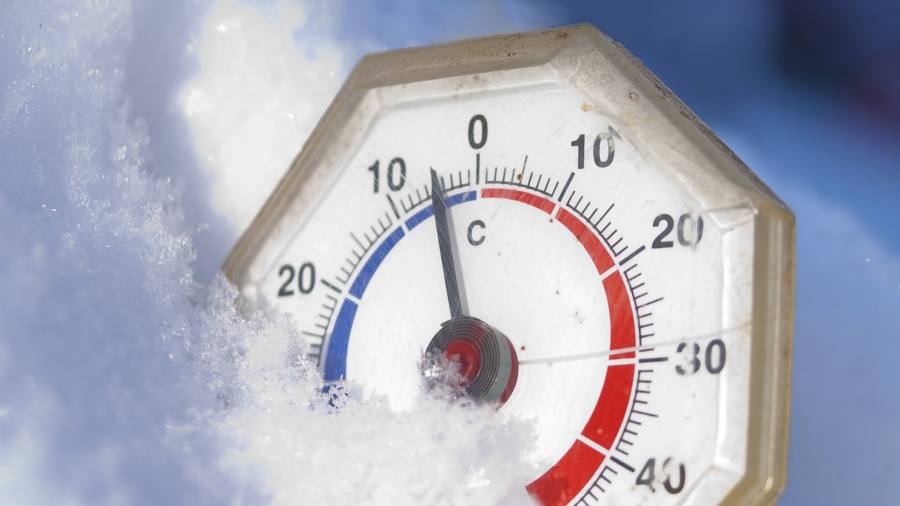 In the wake of the first emergency interest-rate cut from the US Federal Reserve since the global financial crisis, investors have begun to grapple with a question that was once not even in the back of their minds: could US Treasury yields fall to zero?

On Tuesday, the central bank slashed its main policy rate by half a percentage point, bringing it down to a range between 1 per cent and 1.25 per cent. The move came in response to the fast-spreading coronavirus, and prompted speculation that the Bank of England and the European Central Bank would soon follow suit with easing measures.

Still, market reaction to the Fed’s cut was swift and at times unforgiving, suggesting investors thought more radical actions would be needed. US stocks fell dramatically and the benchmark 10-year Treasury yield dipped below 1 per cent for the first time. That sharp fall in the 10-year yield — which at the end of last year sat at 1.92 per cent — has raised the prospect that rates could soon close in on zero, joining Japan and the euro area in the deep freeze.

“Everything is on the table,” said Jim Caron, senior portfolio manager for global fixed income at Morgan Stanley Investment Management.

Bets have piled higher for additional cuts in rates not only at the Fed’s scheduled meeting in two weeks, but once again in April. Two quarter-point reductions would bring the Fed’s policy rate to a range between 0.5 per cent and 0.75 per cent.

Joyce Chang, chair of global research at JPMorgan, said her team sees a 50 per cent chance of policy rates in the US dropping to zero this year. Philip Marey, senior US strategist at Rabobank, anticipates the Fed will hit zero as early as June, while Michelle Girard, co-head of global economics at NatWest Markets, said she could see that happening as early as next month.

As a result, Treasury yields seem likely to head down from here, said Nathan Sheets, chief economist for PGIM Fixed Income. “As long as the Fed keeps rates very low, the long-end of the curve will at times be pretty close to zero,” he said.

According to Kathy Jones, chief fixed-income strategist at Charles Schwab, the “not unreasonable” expectation that policy rates go to zero suggests two-year yields or five-year yields could turn negative, while the 10-year note could see its yield drop another 0.5 percentage points.

Such moves would bring America’s government bond market closer to equivalents in Europe, where the ECB has applied a negative rate to commercial banks’ excess deposits since June 2014, part of an effort to stir economic activity. The Bank of Japan, meanwhile, has had a similar policy in place for four years.

Japanese government bonds maturing in 10 years now yield minus 0.13 per cent, while those in Germany yield minus 0.64 per cent. That means that buyers are certain to get back less than they paid, via interest and principal, if they hold to maturity.

For the yield on the US 10-year note to flirt with zero, Ms Jones said there would need to be “a very serious fear” of the inflation rate turning negative amid a severe recession, along with consideration of negative policy rates from the Fed.

Rick Rieder, BlackRock’s chief investment officer of global fixed income, who oversees the group’s $2.3tn bond portfolio, said he does not expect the central bank to use this tool, however, given there is “very questionable, if any, benefit” in doing so.

“You haven’t seen growth and inflation move markedly higher in Europe and Japan,” noted Mr Rieder. “The Fed needs to be really careful, going that far.”

Fed chairman Jay Powell has pushed back on the idea of negative interest rates in the US, noting last year that such a policy would be a better fit for economies with low growth and low inflation. Instead, he has said the Fed would look to large-scale purchases of assets or “forward guidance”, the practice of explicitly telling investors what it plans to do and when. Minutes of meetings suggest Mr Powell has the support of most Fed policymakers.

Finding ways to push down longer-term interest rates could, in fact, be the Fed’s preferred option. Governor Lael Brainard has proposed a Japan-style “yield curve control”, where the Fed sends short-term rates to zero, then puts caps on medium-term yields as well, as a kind of credible promise that it will keep rates lower for longer.

Sustained low yields could force investors to move into riskier corporate debt in search of income, some analysts say. But the US Treasury market still stands out, in an environment in which $14tn of bonds are yielding less than zero. Ashish Shah, co-chief investment officer for fixed income at Goldman Sachs Asset Management, said that US rates are still high enough to appeal to investors around the world.

“Fewer and fewer government bond markets are positively yielding,” he added. “The US is still beachfront property when it comes to the world of bonds.”