Key to Small Businesses’ Survival Is Ability to Adapt 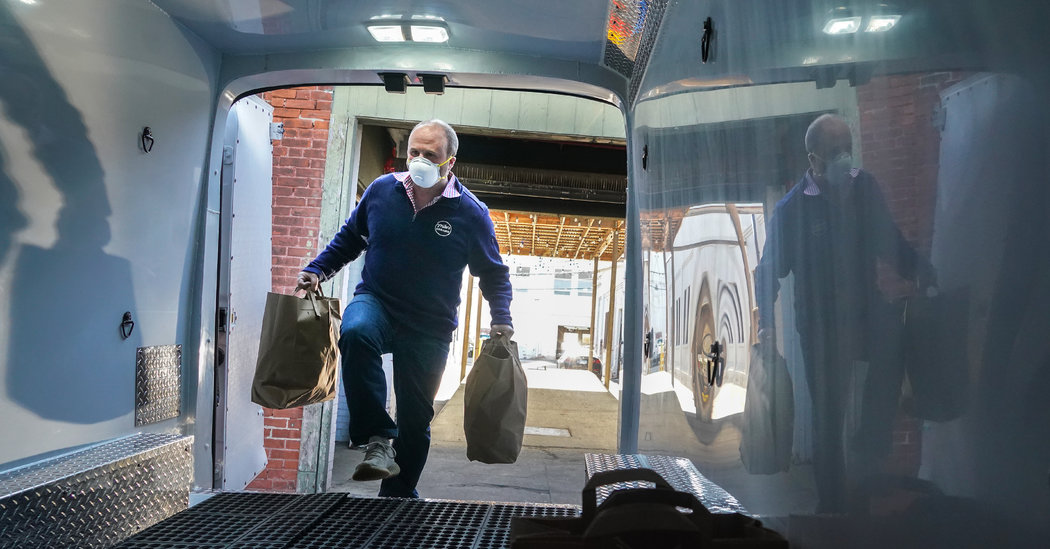 Mike Geller spent the better part of a decade tweaking the focus of Mike’s Organic Delivery, which he founded in 2009. Early on, the model was similar to a community-supported agriculture program, or C.S.A., where customers agreed to receive whatever food was in season.

By the third year, the company was up to about 200 deliveries a week: in Fairfield County in Connecticut and Westchester County in New York. Access to organic produce was more widespread and customers wanted options other than a preselected basket. So he created an online organic market, to allow people to pick the fruit, vegetables and meat that they wanted in advance.

In 2018, facing stiff competition from Peapod, FreshDirect and other online food services, he pivoted yet again, renovating part of the company’s warehouse in Stamford, Conn., and added a market a year later. Private parties, community events and cooking classes followed.

“It was a challenge to grow,” Mr. Geller said. “The business hadn’t reached a level I wanted to get to.”

Then, this March, the stay-at-home orders in New York and Connecticut were enacted, and his business changed again. With the massive increase in demand for deliveries and shortly thereafter, pickups, it boomed in a way he never imagined nor was equipped to handle. He went from having 200 to 250 orders a week to 5,000. He also became one of the main outlets for a half-dozen farms that had been selling their meat, breads and produce to high-end restaurants, which were now closed.

“It’s not that you don’t want to say you’re doing well,” Mr. Geller said. “But myself, my whole team, we’re not jumping up and down. We’re just thrilled to be busy, and we’re happy to be helping small farmers.”

The biggest issues for many businesses is what the economy will look like when they reopen. But the companies that are surviving — some, indeed, growing, like Mike’s Organic — are the ones that have pivoted, either within their existing business or to a new line of work, said Wendy Cai-Lee, president and chief executive of Piermont Bank, which lends to small and medium-sized businesses. “The ones who have a single source of revenue have more challenges,” she said. (Mr. Geller, of course, began with an advantage, since grocery stores are considered essential businesses.)

Many of the farms and bakeries that Mike’s Organic works with fell into that category: They were focused on restaurants who bought large quantities and were predictable customers. Now they have to look to retail outlets to survive.

“We’ve picked up the slack,” Mr. Geller said. “We’ve gotten recommendations from our farmers. Our tomato sauce guy told us about this great mushroom guy, who just sold to restaurants.”

From consumers, the uptick in interest in Mike’s Organic was intense and immediate. In March, when the stay-at-home order began, the company’s website crashed three weeks in a row, something that had never happened in the previous 11 years.

“We had a huge burst of orders in the middle of the week, and we ran out of product,” he said. “Then what happened was people said we can’t get a slot on Amazon or FreshDirect.”

Volume is up for deliveries and the market, even though it now skews 70 percent to deliveries where it had been equal before.

Being able to pivot and sell to companies like Mike’s Organic when the restaurants closed has been a lifeline, but it hasn’t been without its complications.

“On March 13, 90 percent of our business was restaurants, in the city and the Hudson Valley,” said Marc Jaffe, who owns Snowdance Farm in Livingston Manor, N.Y., which produces beef, pork, chicken and other meat. “Thank God we had some retail or we would not have had a label that was already approved by the U.S.D.A.”

While Snowdance did not have to go through the time-consuming process of getting approval to sell its meat to retail customers, it did have to change its production methods. Whereas a restaurant might take 10 whole chickens in a box or 40 pounds of beef, no consumer is likely to buy that much.

Shifting operations to retail for the providers means extra costs that make their businesses more of a break-even operation — though none are complaining.

Tim Topi, the owner of Wave Hill Breads, a bakery based in Norwalk, Conn., that is ranked one of the top 100 bakeries in America by Food & Wine, lost 60 percent of his business when restaurants closed. He went from baking 2,000 loaves a day to 400, with the same 25-person staff to support.

Yet by the beginning of May, thanks to an increase in retail sales and a new home delivery option, the bakery was back up to 2,000 loaves and he said he hasn’t had to lay anyone off.

“We’re down 20 to 30 percent” this year compared with the same period last year, Mr. Topi said. “The labor has increased. We have to pack individual orders, and expenses have gone through the roof. To the restaurants, it was just a big box of bread.” He says he believes that the bakery can continue to break even for about six months with this reimagined setup.

Both owners noted that keeping their operations going was more important for the moment than returning their revenue to previous levels.

Mr. Topi said hiring and training a new group of bakers would have been costly and expensive, and potentially hurt his business’s viability after the crisis passes because all of his breads are handmade on the day they’re sold; they wouldn’t have enough bread to bake.

Mr. Jaffe said his fear was greater: slaughtering animals without a buyer. “It’s 14 to 20 weeks to get started up again with chickens, if we stopped, so we kept going,” he said, noting the lead time was even longer for cows and pigs. “So we leveraged our existing retail.”

The looming question is what happens when restaurants reopen and grocery shopping in a store is not such a hassle.

“You don’t know what the future holds, more than ever,” Mr. Geller said. “It’s so hard to predict out two months let alone 12 months.”

Mr. Geller is hopeful, though, about an expanded customer base. “It’s pushed a large number of consumers to try our food, and the reaction has been good,” he said. “I think a number of consumers who were forced to shop online will stay there at least for some of their stuff.”