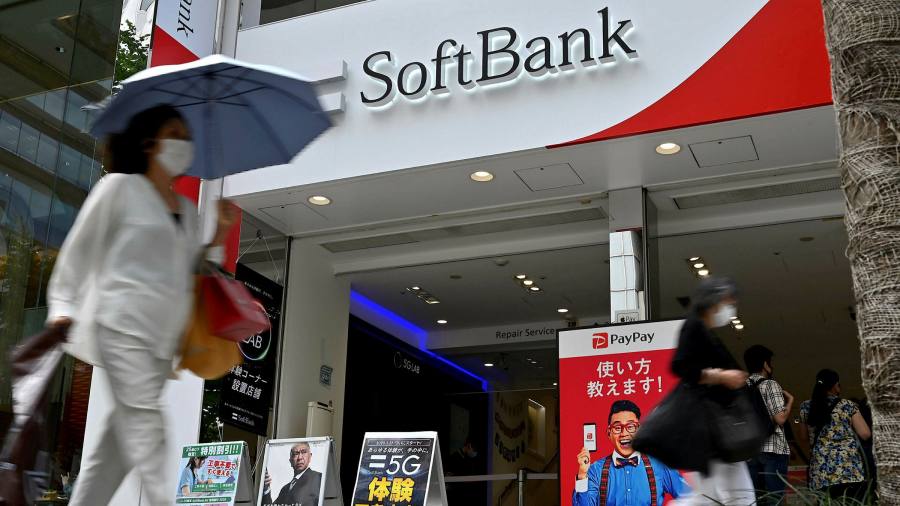 SoftBank has unwound a big portion of its stake in T-Mobile US in a deal set to inject $20bn into the Japanese group as it battles shareholder concerns over its corporate strategy.

The company will raise $14.8bn in a share sale that priced on Tuesday, valuing T-Mobile US stock at $103 each, according to three people briefed on the sale. The deal is the first in a series of transactions expected to net SoftBank $20.4bn as it exits the bulk of its holdings in the US telecoms group.

SoftBank has also agreed to sell its remaining T-Mobile US stake worth $10bn to Deutsche Telekom, the company’s biggest shareholder. This side arrangement is structured as a call option that expires in four years, according to a filing with the US securities regulator, and would give the German group majority ownership of T-Mobile US.

The sale on Tuesday represented a discount of less than 4 per cent to T-Mobile US’s closing price of $107.16 — a record high for the stock, which has gained more than 36 per cent this year while the broader US stock market declined slightly.

SoftBank declined to comment. T-Mobile US and Deutsche Telekom did not immediately respond to requests for comment.

The sale comes as SoftBank attempts to shore up confidence in its performance after recording a $13bn loss during its most recent fiscal year.

It has also been hurt by the recent collapse in Wirecard’s share price as a result of a controversial trade by SoftBank Investment Advisers, which manages the Japanese group’s $100bn Vision Fund.

The share sale comes just months after T-Mobile US and Sprint, which was controlled by SoftBank, were given the green light to combine by a federal judge, following a prolonged legal battle with a group of states led by Democrat officials.

SoftBank received an almost 25 per cent stake in the combined company but has looked to pare that position as it seeks to raise cash.

In May SoftBank indicated it may also sell as much as $11.5bn of its prized stake in Alibaba.

The Japanese group is expected to use the proceeds to reduce its debt burden and buy back shares as part of a truce with activist investor Elliott Management.

Marcelo Claure, SoftBank executive and T-Mobile director, was set to buy 5m shares backed by a loan from the Japanese company as part of the transaction. Those shares would be valued at $515m based on Tuesday’s sale price.

Ron Fisher, a longtime SoftBank executive, is leaving T-Mobile’s board following the deal.

The series of transactions include an offering of common stock, mandatory convertible shares and a rights offering, together with the additional shares investment banks can sell if there is sufficient investor demand, known as the “greenshoe”.

Tuesday’s offering from T-Mobile US to fund the purchase of the SoftBank stake was the biggest secondary stock offering of the year, according to data from Refinitiv. The deal edged ahead of last month’s $13bn sale of BlackRock stock by PNC Financial and was the biggest since the US Treasury sold $21bn of stock in AIG, the insurer it bailed out during the financial crisis.