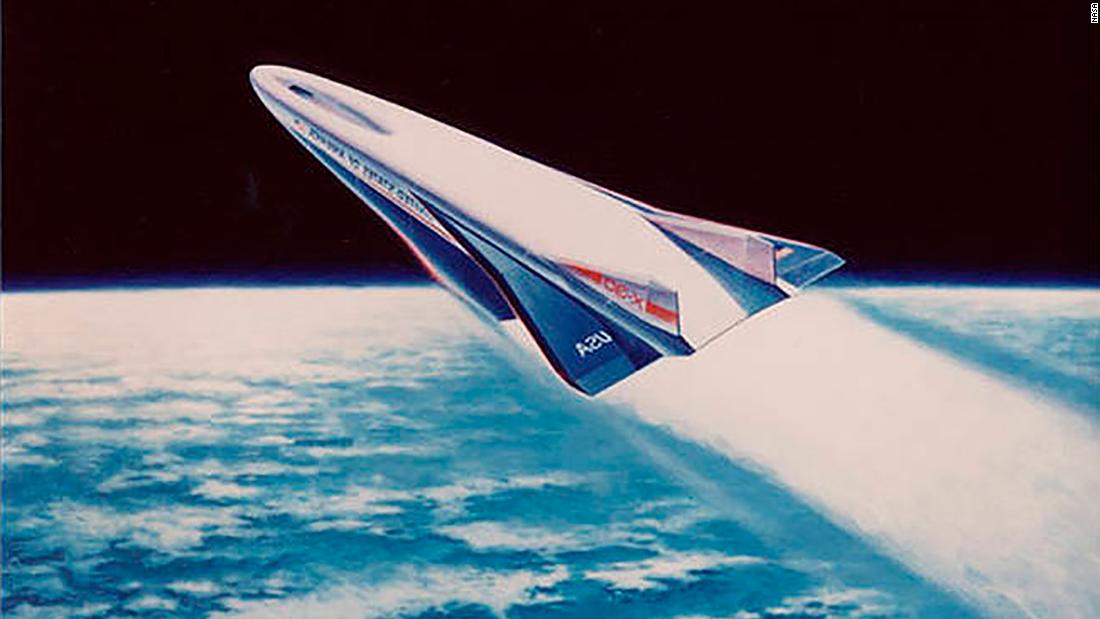 The agreement will allow Virgin Galactic to share expertise and resources with the space agency, giving Virgin Galactic’s engineers insight into “technologies developed over the last 50 years” as they work to develop a new commercial aviation vehicle, James Kenyon, director of NASA’s Advanced Air Vehicles Program, said in a statement. Boeing (BA) also invested $20 million in Virgin Galactic last year, kicking off a partnership focused on commercial space and global travel technologies.
Some on Wall Street have high hopes: A UBS report last year suggested that the market for long-distance airline tickets could be “cannibalised” by opportunities to travel via outer space, tallying up to a potential $20 billion annual market. Though, the report also noted that the cost “would need to come down materially to the price of a business class ticket or below to make such travel economical for consumers.”

Using rocket technology to shuttle people between cities via outer space is likely a long, long way from reality. And it’s not clear if such a plan would be cheap or efficient enough to make sense in the commercial sector.

And the long history of trying to get travelers from A to B at speeds faster than sound is littered with failure, bankruptcies and broken promises.

In an interview with CNN Business on Friday, Virgin Galactic CEO George Whitesides said the company is in a good position to lead a new push to revive supersonic travel because Galactic is “the only commercial company flying faster than Mach 1.”

The company is still in the very early stages of designing a new vehicle for supersonic transit, and it won’t necessarily use rocket engines or carry people to outer space.

“We’re not taking any options off the table at the start,” Whitesides said, adding that the company is considering using air-breathing jet engines. That could mean Virgin Galactic will decide to build an aircraft more similar to the supersonic business jets proposed by companies such as Aireon and Boom than its existing suborbital rocket plane.

Rockets and aircraft use very different technologies, but Whitesides pointed out that Galactic has experience in both areas.

Its six-seater space plane, SpaceShipTwo, begins its journey strapped to a jet engine-powered mothership. And the company has so far conducted two test flights to the edge of space at speeds topping Mach 3, or three times the speed of sound, and is expected to begin flying customers who purchased $250,000 tickets in the coming months. But those flights won’t be bringing paying customers to new destinations; instead, they’ll return to the spaceport they departed from.
Whitesides said Galactic engineers are currently envisioning a next-generation supersonic airliner with 50 to 200 seats. The company does not yet have a ticket price in mind, he added, but the company recognizes “certain people are paying a lot of money when they’re going transoceanic.” Chartering a long-range private jet to fly from New York to London, for example, costs roughly $100,000 each way, according to one broker.
And, setting aside the pandemic’s effect on the travel industry, the question all companies with supersonic travel ambitions face is whether they can solve lingering problems: Namely, concerns about safety, the environment, regulatory roadblocks, and cost.

The most notable emblem of supersonic travel, the European Concorde, could cross the Atlantic Ocean in just three hours — half the time of most aircraft. The iconic jet’s $10,000 tickets became a status symbol for well-heeled travelers.
But the jets consumed massive amounts of fuel, and the loud sonic booms they produced ricocheted to the ground, limiting Concorde’s supersonic travel to flights over the ocean.
A crash in 2000 that killed 113 people damaged the public’s perception of the aircraft. The jets were also plagued with technical issues toward the end of their service. British Airways and Air France, the only airlines to fly Concorde on a regular basis, saw bookings diminish. Both airlines determined the Concorde wasn’t financially viable and halted flights by 2003.

The Soviet Union introduced its own supersonic aircraft, the Tupolev Tu-144, which was nicknamed “Concordski” in the West.

The Soviet aircraft was faster and larger than its rival, drawing awe during the Paris Air Show in 1971. But during another demonstration flight at the same event two years later, a Tu-144 broke apart, killing six people on board and eight on the ground. The tragedy delayed the aircraft’s development, and when it finally entered commercial service in 1977, the design of the plane’s jet engines and air conditioning system reportedly made noise levels inside the cabin unbearable for passengers. The jets wound up carting more cargo than passengers.
Commercial flights were suspended after just six months, and the program was abandoned by 1984.
In 1993, as the Cold War thawed, the United States and Russian governments worked together to research supersonic air travel, and together the countries took the Tu-144 back to the skies for a handful of test flights. But that program was also abandoned after the countries determined they could not envision “an economically viable” aircraft, according to NASA.

Congress propped up the US government’s own supersonic development program, dubbed the American supersonic transport, or SST, in 1963.
Part of the program’s research involved testing a sonic boom’s impact on urban areas. The government hoped to gauge the public’s reaction by flying fighter jets over Oklahoma City, delivering more than 1,200 booms to the area over six months in 1964.

Damage awards paid out to Oklahoma City homeowners totaled more than $123,000 by the end of the decade, according to government records.
Boeing, with a proposal for a vehicle even larger and faster than the Soviet Tu-144, became the primary SST contractor in 1966 — inspiring the name for the now-defunct Seattle’s “SuperSonics” basketball team.

But concerns about sonic booms, environmental impact and economic feasibility shadowed SST development from the start.

With a long timeline for development and an unclear business case, lawmakers canceled the program by 1971. One congressional committee report called the SST jet’s design “ruinously unprofitable.”

The US government kicked off a far more ambitious program in the 1980s, the X-30 project. The goal was to create a prototype of a vehicle that could zip through the air at hypersonic speeds and even blast through outer space at Mach 25.
The technology could be used by the military, the satellite industry, or for shuttling travelers between cities at record speeds, the government hoped. President Ronald Reagan billed it as the “new Orient Express,” capable of ferrying travelers from Dallas to Tokyo in just two hours.
But commercial companies showed limited interest in the plane, and developers made slow progress on solving its daunting technical challenges.

Congress ended funding in 1994, before a full-scale prototype was built.

A host of ongoing experimental “X-plane” programs are focused on development of a variety of aircraft and spacecraft. They include a “Quiet Supersonic Technology Airliner,” or the X-59.

NASA and a group of corporate partners developed a concept for a supersonic jet that could haul about 300 passengers around at more than 1,500 miles per hour — with “a ticket price no more than comparable, slower flights,” according to the space agency.

Researchers struggled to come up with an “environmentally acceptable, economically viable” design, in part because sonic booms would still prevent the vehicle from flying over populated areas, according to one 1997 National Research Council study that also suggested a viable supersonic commercial aircraft was still “many years away from commercial development.”

“The level of risk—and the investment required by industry to produce an operational aircraft—will still far exceed the risk and cost of any previous commercial transport development effort” the NRC report said.

The program ended in 1999 after failing to attract enough support from the private sector.

XCOR, Virgin Galactic’s former neighbor in the California desert, worked on its own space tourism plane, the Lynx. Also similar to Virgin Galactic, XCOR planned to use the Lynx vehicle as a stepping stone toward creating more powerful technology — perhaps capable of zipping people halfway around the world in less than two hours.
The company flew an early prototype, dubbed the “EZ-Rocket,” on dozens of test flights. But the startup struggled to raise enough money to continue its research. XCOR filed for Chapter 7, or liquidation bankruptcy, in 2017.

Oklahoma-based Rocketplane, another startup that had suborbital space tourism ambitions, had plans to use its rocket-powered plane to shuttle people from place to place, but its planned vehicle had limited range. Rocketplane’s “point-to-point” plans for the XP consisted mostly of carrying people across Hawaiian islands, according to Charles Lauer, the company’s vice president of business development.

But Rocketplane couldn’t find its financial footing, particularly after NASA canceled a major contract it held with the firm in the 2000s.

The company filed for bankruptcy in 2010. Lauer said the executives still have ideas for a larger space plane that could rocket between cities, but they’re “not currently investing” in that project because here are still too many unanswered questions regarding regulations and financial feasibility.