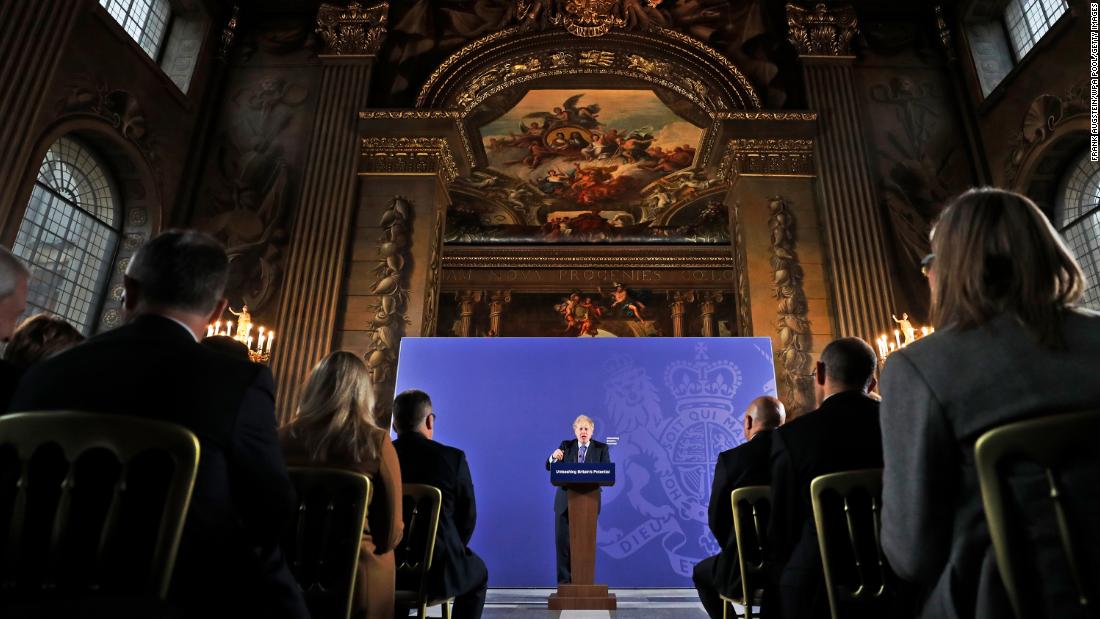 On Monday, the government published its objectives for trade talks with the United States, with Prime Minister Boris Johnson promising that the “best negotiators in the business” will hammer out a deal that boosts exports of UK products ranging from dairy to cars.

A deal could increase the size of the UK economy by as much as £3.4 billion ($4.3 billion), or 0.16%, over the next 15 years, the government said. Transatlantic trade flows would increase by an estimated £15.3 billion ($19.5 billion) over the same time period.

“Striking ambitious free trade agreements with our partners around the world is one of the key opportunities of Britain becoming an independent trading nation once again,” Liz Truss, the UK International Trade Secretary, said in a statement. The government said it hoped that new agreements would cover 80% of Britain’s trade by 2022.

Reaching a deal with America could prove difficult, however, because Washington lacks a big incentive: US companies already export more to the United Kingdom than the other way round.

And it’s also likely to make unpalatable demands. The United States will push hard to open the UK market to more agricultural exports, including chicken that is washed with chlorine and beef that is treated with hormones. It could also insist on rule changes that would increase the price Britain pays for pharmaceutical drugs.

On Monday, the British government pledged to protect its National Health Service and ensure high standards for UK workers and consumers.

But even if a deal is struck with the United States, the economic benefits would by negligible compared to the costs of leaving the European Union after more than four decades of membership. Britain and the European Union started negotiating their future trade relationship on Monday, but new trade barriers are inevitable once Boris Johnson pulls the country out of the bloc’s single market and customs union.

In 2018, the UK government estimated that signing a free trade deal with the European Union after Brexit would result in the UK economy being roughly 4.9% smaller in 2035 than if Britain had remained in the bloc. Leaving without a trade deal of any kind — an option that remains on the table — would cause the UK economy to be 7.7% smaller by the same date.

An aggressive push to sign new trade deals with the United States and other countries is likely to offset only a limited amount of pain in the near term.

Dmitry Grozoubinski, a former Australian trade negotiator and the founder of ExplainTrade.com, said on Twitter that a free trade deal with the United States as outlined by the UK government on Monday would be “nice to have” but is “not on the same planet” as the benefits of being in the EU customs union and single market.

What matters most to the United Kingdom, according to trade experts, is the outcome of negotiations between Britain and the European Union over the terms of future trade.

Negotiators are sitting down Monday for the first round of discussions on a potential trade deal between the United Kingdom and the European Union after the two sides staked out sharply divergent positions on what should happen when a Brexit transition period expires at the end of 2020.

Last week, the British government committed itself to pursuing a basic free-trade agreement that would maintain zero tariffs and quotas on goods but still introduce new friction at borders, an outcome long feared by business. Johnson said the “broad outline” of such an agreement must materialize quickly or he will walk away from talks.

Failure to reach agreement could subject companies in the United Kingdom to steep new tariffs, threaten their supply chains and make their products and services more expensive. UK business groups have strenuously warned the government against such an outcome.