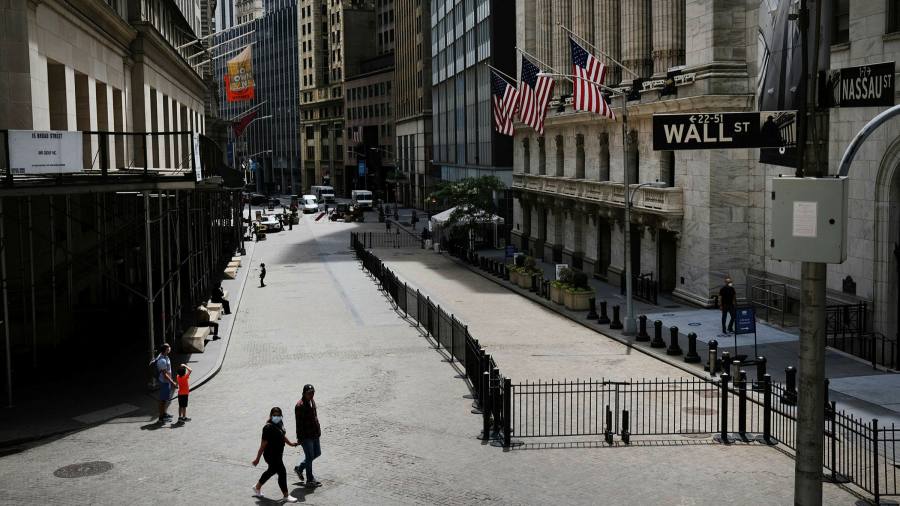 Foreign investors have flocked back into US corporate bonds after a brief exodus, helping push the yield on higher-quality debt to a new record low.

Purchases of US corporate debt by foreign investors almost doubled in April to $11.6bn, from $6.5bn in March, according to the most recent government data available. The figures mark a dramatic reversal of a retreat that totalled more than $20bn in February, when fears over the spread of coronavirus began to circulate through markets.

Bankers and US fund managers say that foreign investors have continued to pile in throughout May and June, providing a crucial source of support for US companies that have raised vast amounts of debt to see them through the economic downturn.

That demand comes alongside unprecedented monetary easing efforts from the US Federal Reserve, helping push an index of investment-grade bond yields to a new all-time low of 2.23 per cent on Thursday, according to Ice Data Services. Before the severity of the viral outbreak dawned on markets, the previous low had been 2.26 per cent in February. Yields peaked at 4.7 per cent in March.

Despite that steep fall in yields, the returns on offer in the US corporate bond market still exceed other markets around the world, especially for longer-dated debt which is harder to come by outside America.

“Anecdotally, we are seeing tremendous flows from overseas, particularly in Asia and particularly for longer-dated bonds where investors can maximise yield,” said Andrew Karp, global head of investment-grade debt capital markets at Bank of America Securities.

The increase in demand is driven in part by a significant fall in the cost of hedging, or converting US dollar-denominated debt back into other currencies. As the Fed has slashed US interest rates as part of its “massive stimulus”, the cost of entering into derivatives contracts has also dropped, bringing down the cost of hedging currency risk “dramatically”, said Logan Miller, a credit strategist at Wells Fargo Securities.

In January, the cost of hedging a dollar bond back into Japanese yen shaved roughly 2 percentage points off its yield, according to Wells data. That took the all-in return down to about 0.4 per cent — roughly the same as that which was on offer from local bonds.

Now, after a swift fall in hedging costs to just 0.6 percentage points, the all-in return stands at over 1 per cent, or roughly twice the local Japanese corporate bond index for shorter-dated bonds. For longer-dated bonds, the return rises to 2.5 per cent.

These differences have narrowed a little recently, as yields on US corporate bonds have dropped. But analysts said that demand from foreigners was likely to stay strong, as hedging costs were unlikely to rise as long as the Fed held rates near zero.