Austin officials say SXSW will go on despite coronavirus concerns 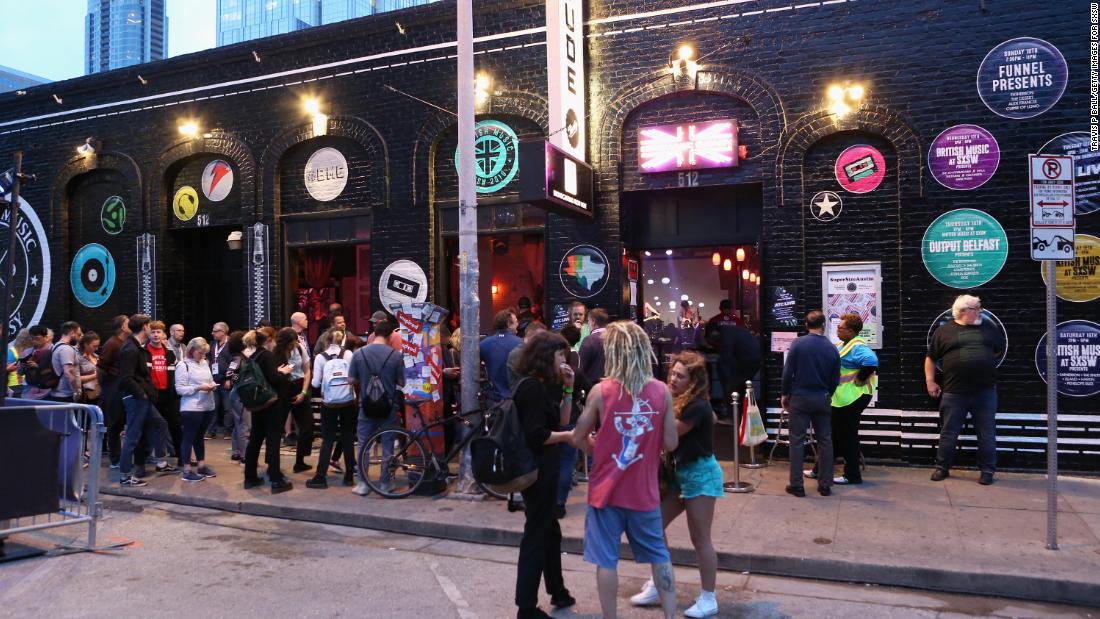 “It’s important for us to remember at this stage that we’re actively evaluating mass gatherings on a daily basis,” said Mark Escott, the interim medical director and health authority for Austin Public Health. “Right now there’s no evidence that closing South by Southwest or other activities is going to make this community safer. We’re constantly monitoring that situation.”

The organizers behind SXSW, which is scheduled to take place from March 13 to March 22, had come under public pressure in recent days to cancel the event. Several high-profile attendees had also dropped out, citing concerns about the virus.

Twitter was the first big company to pull out of the event, citing its new policy restricting all business travel because of the virus. Facebook (FB), Intel (INTC), Vevo and Mashable soon followed suit.

Popular video app TikTok also backed out, saying it would explore “alternative ways” to bring its planned SXSW content to audiences. “While we think the risk is relatively low, we are erring on the side of caution,” a TikTok spokesperson told CNN Business on Tuesday.

Despite the cancellations, SXSW organizers announced new keynote speakers this week, including Hillary Clinton and Andrew Yang. The conference organizers said on Tuesday they would be “proceeding as planned” and that they were working with local, state and federal agencies to ensure a safe event.

But calls to cancel the conference have continued to grow, with a petition on Change.org urging SXSW to do so getting more than 42,000 signatures.

Escott suggested during the press conference that keeping SXSW as an organized event could be better for the community.

“If we make the recommendation to shut down SXSW, people will still come here, without that organizational structure that SXSW provides,” Escott said. “All along SXSW has been extremely responsive.”

The coronavirus has killed 3,200 people worldwide. One of global technology’s biggest events, the Mobile World Congress in Barcelona, was canceled in February, as was the Geneva Motor Show.
Facebook also canceled an advertising conference and F8, its biggest event of the year, and several companies have imposed travel restrictions on their employees. Google canceled its big annual developer conference on Tuesday.