Coronavirus Aid: Millions Can See Its End, and They’re Scared 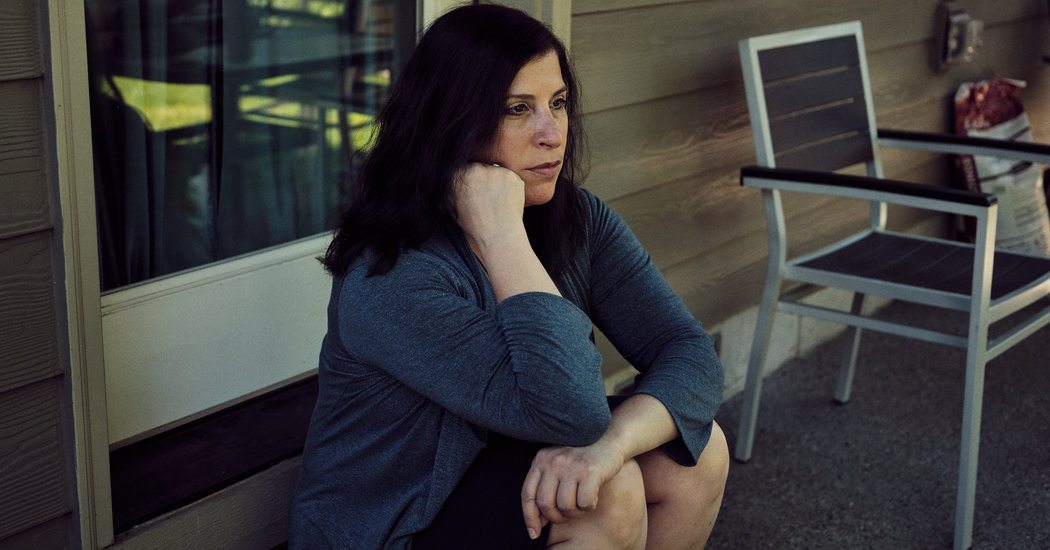 For millions of Americans left out of work by the coronavirus pandemic, government assistance has been a lifeline preventing a plunge into poverty, hunger and financial ruin.

This summer, that lifeline could snap.

And the $600 per week in extra unemployment benefits that have allowed tens of millions of laid-off workers to pay rent and buy groceries will expire at the end of July.

The latest sign of the economic strain and the government’s role in easing it came Thursday when the Labor Department reported that millions more Americans applied for unemployment benefits last week. More than 40 million have filed for benefits since the crisis began, and some 30 million are receiving them.

The multitrillion-dollar patchwork of federal and state programs hasn’t kept bills from piling up or prevented long lines at food banks. But it has mitigated the damage. Now the expiration of those programs represents a cliff they are hurtling toward, for individuals and for the economy.

“The CARES Act was massive, but it was a very short-term offset to what is likely to be a long-term problem,” said Aneta Markowska, chief financial economist for the investment bank Jefferies, referring to the legislative centerpiece of the federal rescue. “This economy is clearly going to need more support.”

Even the possibility that the programs will be allowed to expire could have economic consequences, Ms. Markowska said, as consumers and businesses gird for the loss of federal assistance.

President Trump and other Republicans have played down the need for more spending, saying the solution is for states to reopen businesses and allow companies to bring people back to work. So despite pleas from economists across the political spectrum — including Jerome H. Powell, the Federal Reserve chair — any federal action is likely to be limited.

The House voted overwhelmingly Thursday to give businesses more time to use money borrowed under the Paycheck Protection Program, which offers forgivable loans to small businesses that retain or rehire their workers. The bill’s fate in the Senate is uncertain, but a deal seems likely.

A bipartisan group of lawmakers has separately proposed expanding a tax credit meant to subsidize wages, and the expanded unemployment benefits program may be extended. But Mitch McConnell, the Senate majority leader, has said that any additional aid package must be far narrower than previous packages.

The delivery of aid has been far from seamless. Many applicants waited weeks or months for payments. But the assistance has had an impact on millions of families.

“I have people regularly who are calling me just crying because they’ve gotten their payments and they can actually pay rent and pay back some of the things that they were defaulting on,” said Michele Evermore, a senior policy analyst at the National Employment Law Project.

When Nakitta Long was laid off on March 30, her first thought was the $900 rent payment due two days later. She was barely getting by on $507 a week as a temporary employee at a North Carolina automotive plant. Now she would be receiving just $223 per week in unemployment benefits — if she could get through to apply, which took weeks.

Federal assistance provided a bridge. In April she got a $2,200 stimulus payment — $1,200 for her and $500 for each of her two minor children — which covered rent and her car payment. Then she started collecting the $600 per week in additional unemployment benefits, which means she is earning more than she was at work.

“I don’t know where I would be,” Ms. Long said. “If I wasn’t getting the unemployment that I’m getting, and then the $600 boost and the stimulus, we would have been homeless.”

Ms. Long, 44, is figuring out what to do when the help runs out. She is scared to return to work with the virus still spreading, and unsure how she will do so if schools and day care centers remain closed. Most available jobs pay less than $15 an hour, which won’t cover her bills.

The Democratic-led House passed a $3 trillion package this month that would extend the extra jobless benefits, send another round of $1,200 checks to households and provide aid to state and local governments, among other provisions. The measure stands no chance of becoming law as written.

“I think about a month from now, we’ll take a look at how things are going and be able to make a more intelligent decision than a grab-bag of $3 trillion,” Mr. McConnell, the Senate leader, said Thursday at an event in Kentucky.

To some Republican lawmakers, extra unemployment benefits and other assistance made sense when businesses were shut down and the government was discouraging people from leaving home. But as the economy reopens, they say, the benefits could impede the recovery by providing an incentive not to return to work.

Many economists feel those fears are overblown. Generous benefits might be a deterrent to work in normal times, they argue, but these are hardly normal times. Even the most optimistic forecasters expect the unemployment rate to be well above 10 percent when the extra benefits expire, meaning there will be far more jobless workers than available jobs.

“The idea that — at an unemployment rate drastically higher than at the worst part of the great recession — we’re going to pull back support is just unbelievable,” said Jay Shambaugh, director of the Hamilton Project, an economic policy arm of the Brookings Institution.

Research routinely finds that unemployment insurance is one of the most effective parts of the safety net, both in cushioning the effects of job loss on families and in lifting the economy. In economists’ parlance, the program is “well targeted” — it goes to people who need the money and who will spend it. Various studies have found that in the last recession, the system helped prevent 1.4 million foreclosures, saved two million jobs and kept five million people out of poverty.

The impact could be greater in this crisis because the program is reaching more people and giving them more money. The government paid $48 billion in benefits in April and has reached $86 billion in May, according to the Treasury Department.

Ms. Markowska, of Jefferies, expects government data on Friday to show that personal income actually increased in April thanks to the unemployment benefits, stimulus payments and other programs. That money has flowed through the economy in rent payments, grocery store trips and other spending — not only helping the recipients but also preventing a steeper downturn.

“These are paycheck-to-paycheck folks, who are going to spend this money,” said Elizabeth Ananat, a Barnard College economist who has been studying the effects of the pandemic on low-wage workers. “They’re going to spend this money, keeping us from having a rent-payment crisis and from having a malnourished-children crisis. That strikes me as pretty good for the economy over all.”

When Julie Glasser was summoned to an online department meeting in late March, she thought she might learn how her company, a vacation-rental start-up in Seattle, was scaling back acquisitions or adapting to the growing pandemic. It took until the end of the meeting for her boss to deliver the real news: Everyone on the call was laid off, immediately.

A single mother of two, Ms. Glasser applied for unemployment benefits the same day. She enrolled in health insurance through the Affordable Care Act and signed up for food stamps. Still, there was no way she could cover her costs.

“I did the quick math and realized that I could pay my mortgage and maybe get a few groceries and that was it,” she said.

A week later, Congress passed the CARES Act. In mid-April, Ms. Glasser received her first unemployment check with the extra money. But she is thinking about what will happen when that money runs out.

“It’s a huge relief, and then it’s also this thought bubble up above my head of, ‘How long is this going to last?’” she said. “I definitely would not be able to survive right now on the payment that the state unemployment is making.”

The risk for Ms. Glasser and millions of other job seekers is that the pullback in government assistance will lead to a new round of layoffs just as they must try to return to work.

All that uncertainty could lead to a pullback in spending even before programs expire.

Laura Mocker, an actress in New York City, has been out of work since mid-March, when theaters began canceling performances and the restaurant where she worked as a server shut down. It took her until April 12 — Easter Sunday — to get through to the state unemployment office.

Now that she is getting her benefits, Ms. Mocker has been able to pay the rent and other bills accrued during weeks of joblessness. But as the July 31 cliff approaches, she has cut back what little discretionary spending remained as she tries to build up her savings.

“It’s pretty simple if you think about it,” she said. “If people don’t have money, they can’t spend it. And the people that do have money won’t spend it because they’re worried.”