Franklin Templeton to stick with India as investors hurry to cash 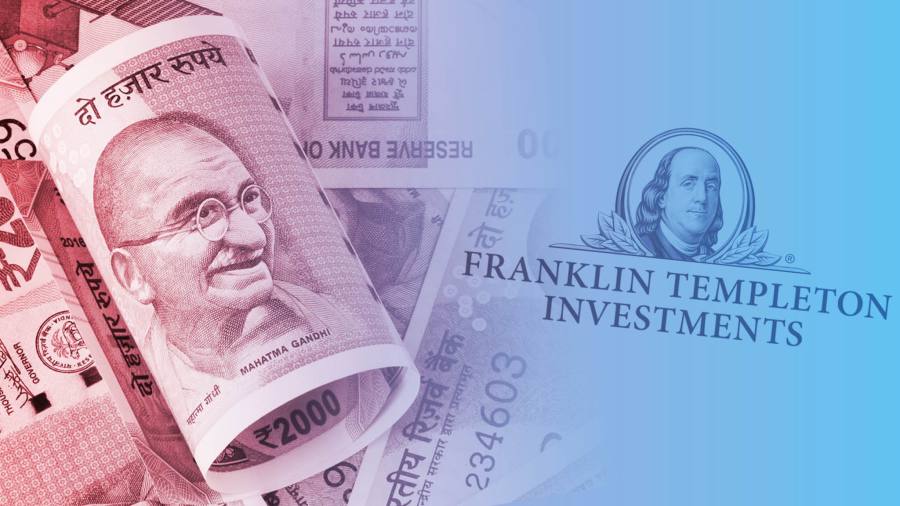 Franklin Templeton will stay the course in India, according to its country president, even after the US mutual-fund giant sent shockwaves through the industry by winding up six local debt funds that managed over $3bn.

The California-based asset manager said last week it had struggled to meet clients’ withdrawal requests after India imposed a coronavirus lockdown last month, draining liquidity from debt markets that were already suffering the effects of a series of defaults since 2018.

The move sparked a broad sell-off, with fund managers reporting that investors were rushing to cash out of other vehicles. Domestic investors had already pulled Rs20bn ($264m) out of Indian mutual funds in February and more than Rs2tn in March as the impact of the virus came clear. Finally, the Reserve Bank of India stepped in this week with a Rs500bn infusion designed to stop any contagion from Franklin’s move in an already-weakened financial system.

“While everybody knew the risks, people might have felt they were more theoretical,” said Sanjay Sapre, president of Franklin Templeton India. “In the last 18 or 24 months, a number of the risks became real in a relatively short period of time.”

The company has a range of other funds open and has no intention of exiting India, he added.

India has seen off its fair share of foreign fund managers. Goldman Sachs, Morgan Stanley and JPMorgan are among those who have closed asset-management businesses in the country over the past decade, citing problems ranging from high costs to tricky regulation.

Franklin Templeton — named after Benjamin Franklin, the US founding father — was one of the few to have thrived. Since entering India more than 20 years ago, its fund managers acquired an edge by investing in riskier, high-yielding debt for lower-rated companies like sprawling conglomerates or non-bank lenders.

“Everyone was buying triple A and maybe double A-plus bonds. [Franklin Templeton] said, ‘There’s a market beyond that,’ and started taking on higher-risk papers,” said Amit Tandon, founder of Institutional Investor Advisory Services. “When others started taking on those papers . . . they wanted to maintain their edge, so it meant that they’d look at even lower-quality paper.”

That strategy came unstuck last week. After the shock of Franklin’s announcement, investors across the sector are now shunning higher-risk debt, said Mr Sapre. “This category of risk assets is out of favour,” he said. “I don’t know when we will see a reversal.”

As a result, say analysts, Indian companies without top-notch credit ratings could now be deprived of funds at a time when many are facing dramatic losses of income.

India’s mutual fund industry enjoyed roaring growth after Prime Minister Narendra Modi abruptly scrapped most of the country’s cash supply in 2016, prompting many to put their savings into the financial system for the first time. Managed assets at India’s mutual funds topped Rs26tn at the end of last year, around double the total before Mr Modi’s crackdown on “black money”.

The sector faced a large test of confidence when sprawling financial conglomerate IL&FS defaulted in late 2018, and last month Yes Bank, one of the country’s largest private-sector lenders, was subject to a government-led rescue. Its implosion wiped out more than $1bn in high-risk rupee bonds bought by Franklin Templeton and others.

Now they are facing criticism.

“When the going gets tough, that’s when all the problems come to the fore,” said Prabodh Agrawal, a former executive at financial group IIFL. “Those are all well hidden when everything is going good.”

Franklin Templeton maintains that the fund closures were a product of liquidity drying up after the Covid-19 lockdown, rather than a result of poor risk management.

Analysts expect further pain for the asset-management industry as economic activity slows to contain the spread of the virus. Rating agency Moody’s expects India’s gross domestic product to grow by just 0.2 per cent in 2020, down from 5 per cent last year.

“Everybody is running for the money,” said Raamdeo Agrawal, co-founder of financial group Motilal Oswal. “Everybody wants to see cash.”

Some fund managers and analysts question how effective the RBI’s intervention will be, given that the Rs500bn is to be lent to banks who must then channel it to mutual funds through loans or asset purchases. A similar scheme intended to shore up liquidity for shadow banks had limited success, because banks were unwilling to take on exposure to these businesses.

More important, analysts say, may be the signal to skittish investors that the RBI is willing to protect their money. But for clients of Franklin Templeton’s six frozen funds, recouping their investments could take months if not years. There is a risk that they will have to take a haircut if financial conditions do not improve.

“Without regaining that, our growth cannot sustain,” he said.