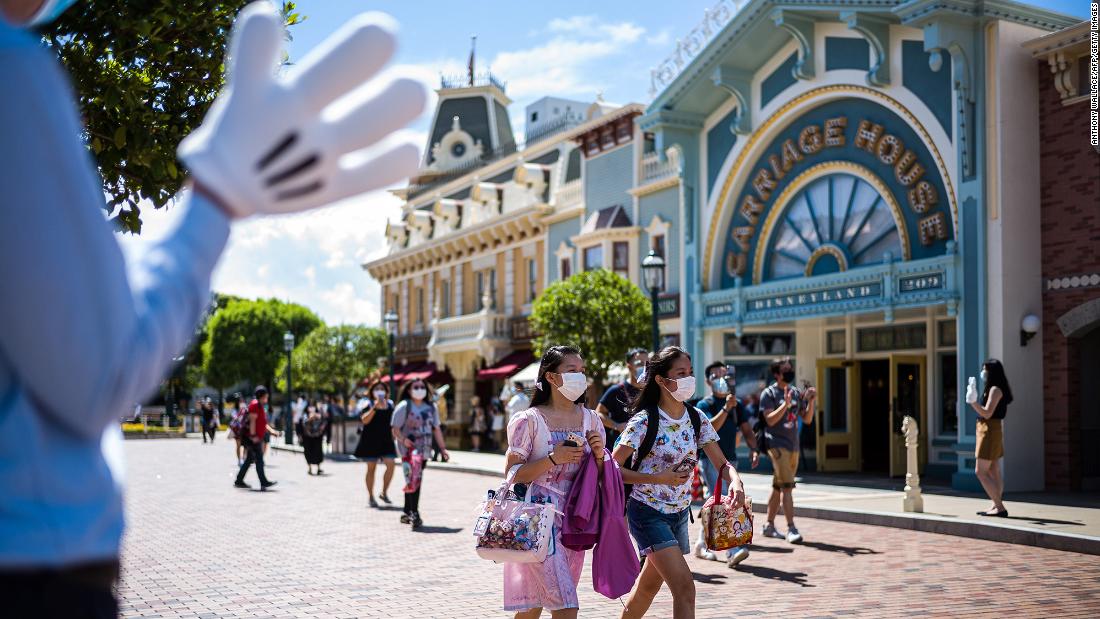 The resort, which reopened on June 18, is shutting down after Hong Kong tightened its social-distancing measures following a rise of 52 new coronavirus cases in the city.

“As required by the government and health authorities in line with prevention efforts taking place across Hong Kong, Hong Kong Disneyland park will temporarily close from July 15,” a Disney (DIS) spokesperson said.

The hotels at the Hong Kong Disneyland resort will remain open with “adjusted levels of services,” according to the spokesperson.

“They have put in place enhanced health and safety measures that reflect the guidance of health and government authorities, such as social distancing measures and increased cleaning and sanitization,” the statement read.

Disney’s parks and resorts are a major part of the company’s business. The unit brought in more $26 billion in fiscal 2019, but it was hit hard last quarter because of the pandemic when its operating profit fell 58% compared to last year.

The re-closure of Hong Kong Disneyland comes days after the company opened its most important resort: Walt Disney World.

The resort, located in Orlando, Florida, opened on Saturday despite a surging number of cases in the state.

Disney World began a phased reopening for its Magic Kingdom and Animal Kingdom parks over the weekend. Its other two parks, EPCOT and Hollywood Studios, will reopen on July 15. Disney is implementing several health measures to reopen safely.

Josh D’Amaro — the new chairman of Disney Parks, Experiences and Products — says the resort is safe for guests.

“We are in a new normal,” D’Amaro told CNN Business on Saturday. “The world is a different place, but we feel really prepared to operate in this new environment.”

Florida shattered the US record for new single-day coronavirus cases. The state’s Department of Health reported at least 15,299 new cases on Sunday.

— CNN’s Jadyn Sham and Sophie Jeong contributed to this report