JCPenney, Sears, Nieman Marcus and JCrew could collapse from the coronavirus recession 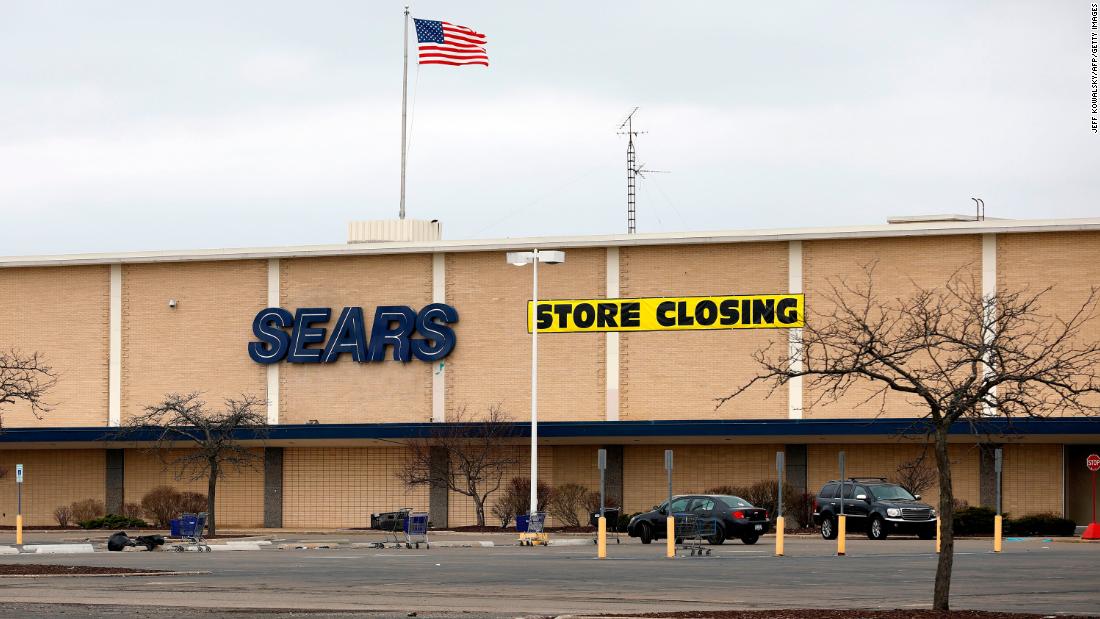 “The retailers who were wandering around aimlessly pre-pandemic are going to be substantially less likely to muddle through than they were before,” said Mark Cohen, director of retail studies at the Columbia Business School.

During the pandemic, stores have been shuttered. Retailers have furloughed hundreds of thousands of employees and are losing most of their sales. And shoppers have cut back on most purchases other than groceries and daily essentials. Depending on how long consumer demand stalls, companies may be forced to lay off workers, close stores permanently or restructure.

“Store-based retail was already struggling with internet consumption trends before coronavirus, and now will be faced with accelerated demand shifts to the internet,” Randal Konik, analyst at Jefferies, said in a note to clients last week.

Sears, JCPenney (JCP), Neiman Marcus and J. Crew were some of the most distressed companies prior to the outbreak, according to analysts. Many were forced to close stores in the face of declining sales even as unemployment reached a 50-year low.
Now with a record number of Americans filing for jobless benefits, unemployment is likely to be elevated for months if not years to come, further cutting into Americans’ appetite and ability to shop. Sears filed for bankruptcy in 2018 and its future has been in doubt ever since.

JCPenney had $3.7 billion in debt at the end of 2019. Although JCPenney has enough liquidity to survive for the next several months, it may face challenges refinancing its debt in the future, said David Silverman, senior director at Fitch Ratings.

“There’s a good chance they can survive, but this is no layup,” said Craig Johnson, president of Customer Growth Partners. “This is going to be a three-pointer deep in the corner with time running out.” JCPenney will need to drastically reduce its 850 stores, Johnson said.

Neiman Marcus is considering filing for bankruptcy to ease its $4.3 billion debt load, Bloomberg reported last month. Neiman Marcus is “completely helpless in light of the fact that the luxury sector may not emerge quickly when the pandemic crisis is over,” said Cohen from Columbia Business School.

J Crew has $1.6 billion in debt. Before the outbreak, J Crew was planning on spinning off Madewell, its fast-growing denim brand, to help pay down a chunk of its debt. But those plans are now in jeopardy.

“The potential inability for them to IPO Madewell could lead them to a more dire restructuring,” said Silverman from Fitch Ratings.

J. Crew did not respond to requests for comment.

The end of Sears?

Last week, Sears announced it would close all of its remaining Sears-branded stores through at least April 30 because of the coronavirus outbreak. It is keeping Kmart stores open where allowed. Many of those stores sell groceries and have pharmacies. It also furloughed most of the employees at its corporate headquarters.

But the company has been closing stores — continuously, and permanently — for years. Losses of $12 billion since its last profitable year in 2010 made bankruptcy inevitable.

Store closings continued after Sears emerged from bankruptcy, suggesting that the losses at the now privately held company had continued. By the end of February it was down to 182 stores.

A company spokesman declined to comment for this story.

A second, and final, bankruptcy filing would not be unique to Sears. The retail graveyard is filled with companies that emerged from bankruptcy with plans to continue to operate but soon went out of business. Among them are Payless Shoes, Gymboree, American Apparel and RadioShack.